How Arsenal could lineup next season with Aguero, Lingard and Hakimi

Arsenal are currently interested in the signing of Manchester City Sergio Aguero, Manchester United Jesse Lingard and Inter Milan Achraf Hakimi as the look forward to strengthen their squad in the summer. 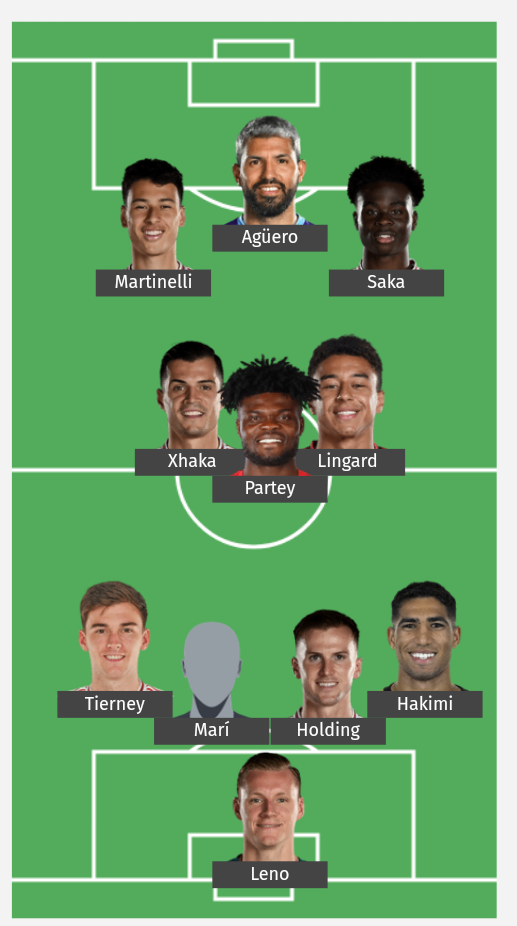 The 32-year old Argentine international who is currently Manchester City's all time goalscorer will be leaving the club when his contract expires at the end of the season. He joined the Citizen's from Atletico Madrid in 2011 and has made 385 appearances scoring 257 goals. He has made just 15 appearances this season scoring 3 goals due to injury.

The 28-year old England international is on a loan spell at West Ham. He joined the Hammers on loan from Manchester United during the January transfer window. He has made only 9 appearances and has scored 8 goals providing 4 assists. Arsenal are currently interested in the signing of the Red Devils attacking midfielder.

The departure of Hector Bellerin to Paris Saint Germain could see to the signing of Moroccan international Achraf Hakimi. The 22-year old has been linked with a move to the North London club after making 36 appearances scoring 6 goals for Inter Milan.

Ladies, Checkout Beautiful Clothes You Should Rock On Your Birthday This Month

Top 5 Female Agbada Designs For The Month Of May

Check Out What Annie Idibia Said About Nengi's Recent Post

6 Things You Should Not Flush Down The Toilet