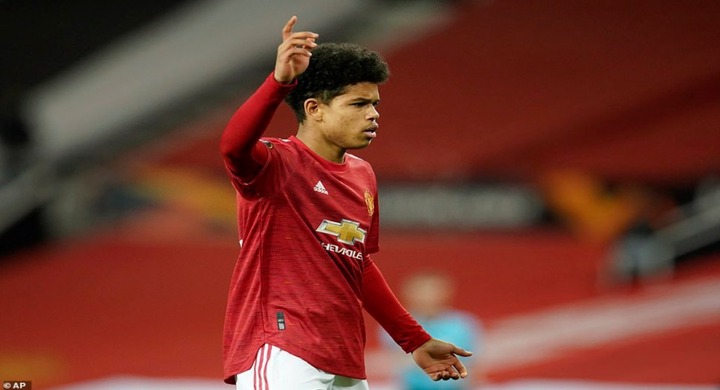 Manchester United’s newest kid on the block, Shola Shoretire is still relishing his historic night with The Red Devils and admitted he feels proud after getting his professional debut that saw him become the club's youngest player ever to feature in any European club competition. 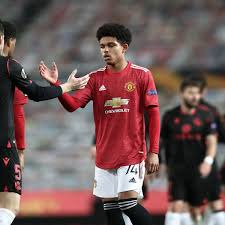 The Nigerian-born teenager pulled off the feat on Thursday, when he got off United’s bench in the second half of their UFA Europa League clash with Real Sociedad of Spain, and Shoretire has admitted days after that he is still in cloud nine.

Shoretire went on as a second-half substitute for Mason Greenwood and, with that feat coming at the age of 17 years and 23 days, he replaces United legend, Norman Whiteside, who held the record for 39 years. 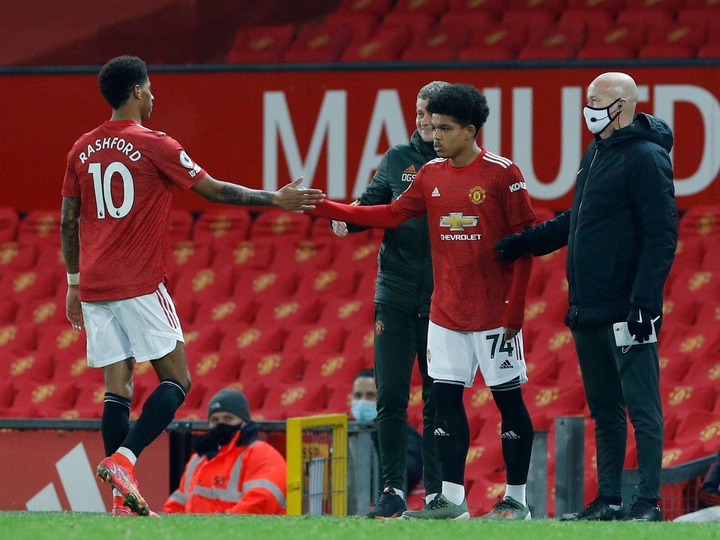 Shoretire has also received another massive boost to his ambitions, following a huge dose of superlatives from The Red Devils’ manager, Ole Gunnar Solskjaer, who says he sees the Nigerian-born lad hitting more records in the coming days, megasportsarena.com reports.

Speaking against the backdrop of Shoretire’s historic evening in the English Premier League last weekend and spot in United’s UEFA Europa League squad on Thursday, Solskjaer admitted he is impressed with what he has seen of the precocious lad in recent time. 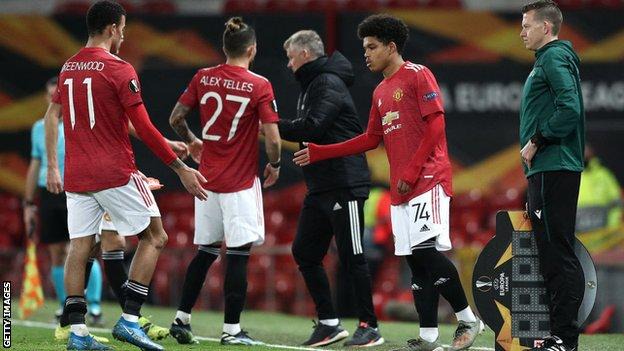 Shoretire made his professional debut when he got off the bench to replace Marcus Rashford in the closing minutes of United’s 3-1 win against his former club, Newcastle United, following which Solskjaer hinted that he will give the youngster more opportunities of setting more records with the squad from Old Trafford.

The 17-year-old Shoretire, who is already youngest player to debut in the UEFA Youth League and donned jersey number 74, the highest squad figure ever won by a Man U player in any first team competitive fixture, on Thursday got the chance of becoming the youngest player to ever play for United in European competition. 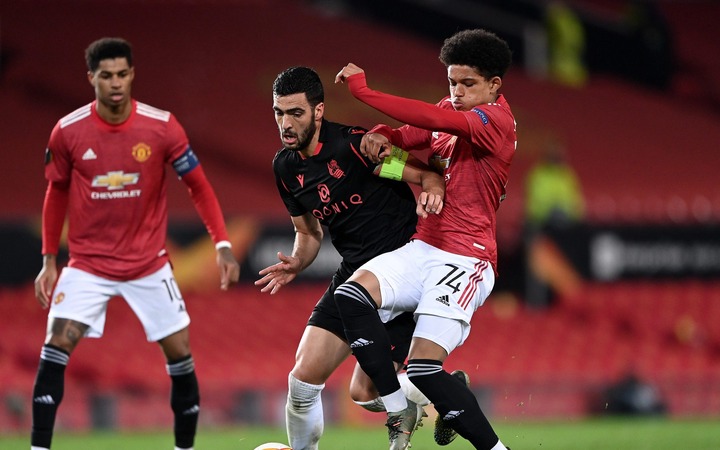 Shoretire eventually got off The Red Devils’ bench in the second half, to become the club’s youngest-ever player in any European club game at 17 years and 23 days, while summer signing Amad Diallo made his home debut from the bench.

United’s long tradition of bringing through academy players continued, as Shoretire went on for his first European appearance late on, becoming the youngest player to appear for the club in Europe ahead of Whiteside, Mason Greenwood (17y 156d) and Gary Neville (17y 211d). Whiteside was 17 years and 131 days when he lined up in Europe for the first time, and he went on to feature in over 200 games across all competitions for the Manchester outfit and, following his enactment of a new mark, Shoretire took to social media with euphoria, following his outing against Sociedad at Old Trafford.

He went on to admit that he feels highly honoured and proud with the feat that hogged all headlines Thursday night into early Friday and, as another date looms large for United in the English Premier League, Shoretire added a strong desire for more action with the first team. The fair-skinned 17-year-old attacker-cum-wing added that he is happy with the opportunity he gained in making his family happy and, following the round of 16 draw for the second-tier European competition that puts his side out against AC Milan of Italy, he is already booming with determination to keep making top marks for the squad from Old Trafford.

Shoretire posted: "What a feeling to make my European debut! To become United’s youngest ever player in Europe is an incredible honour and a proud moment for me and my family! On to the next round #MUFC." 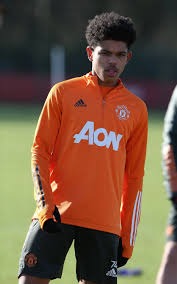 I don't believe in any religion, my husband is my god that I worship - Spiritualist Angela Nwosu

PHOTOS: Alphonso Davies And Girlfriend Who Plays For PSG Celebrate 4 Years Of Being Together

Checkout The Prize Money, All Six EPL Clubs Stand To Lose From Withdrawing From The Super League