UEFA: Check Out Results And Actions From Venues Of The Women's Champions League Quarter Final Games

Chelsea women went into this game with a heart of revenge after being humiliated 5-1 by Wolfsburg Women in the UWCL Semi Final in 2018.

Chelsea locked horns once again with the German Queens in the Quarter Final 1st leg of matches at the Szusza Ferenc Stadium. 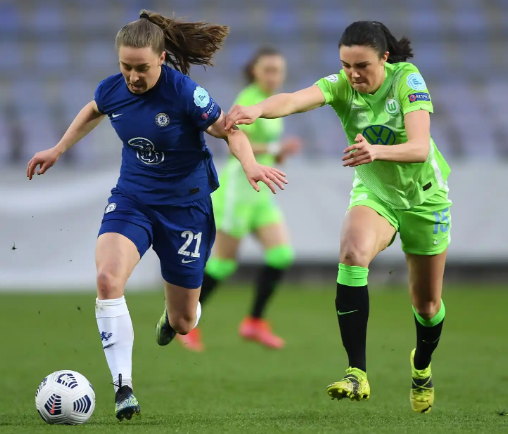 On a very difficult afternoon, Wolfsburg Women took all their departments' chances to block and possess the ball at the expense of the Chelsea Women who are trying hard not to allow history repeat itself. 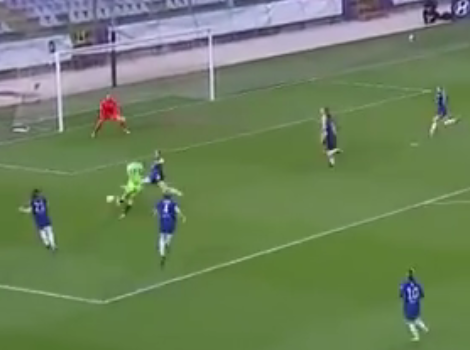 However, Chelsea's goalie made notable saves especially Roldof's strikes that could have put the Visitors ahead but denied them until the first half whistle sounded. 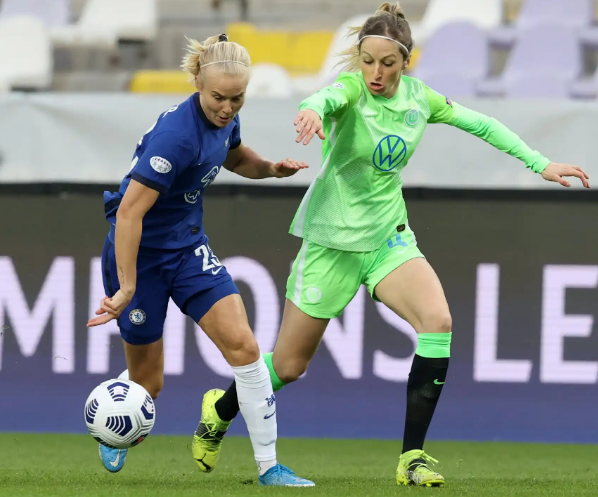 It was Chelsea's Kerr and Kirby's combination that opened scoring in the 55th minute of the game to plant confidence in the girls after breaking the jinx. 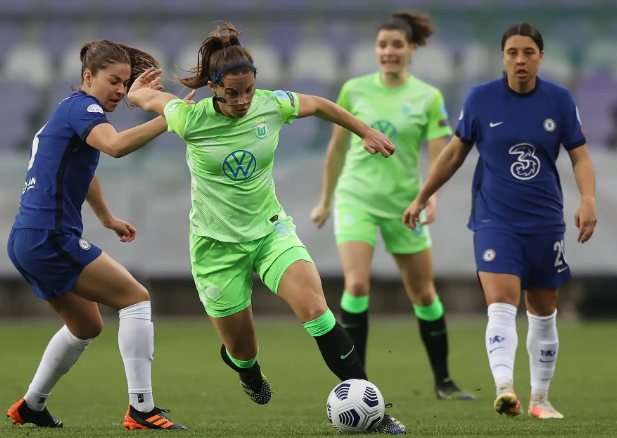 Wolfsburg Women became very furious and played like wounded lionesses but Chelsea Harder doubled the lead in the 66th minute to put the Blues up by 2 goals. The referee pointed to the spot after Eriksson infringed upon Huth in the box for a Penalty which Wolfsburg's Janssen converted to give an away goal to the Visitors. Chelsea's goalie, Berger made wonderful saves as the Blues goes into the return leg with a goal advantage. 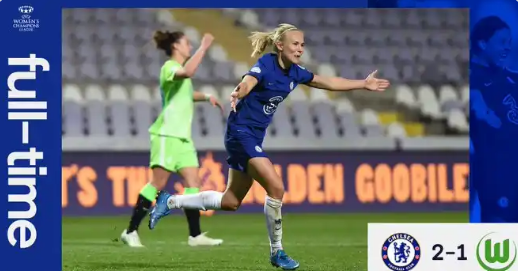 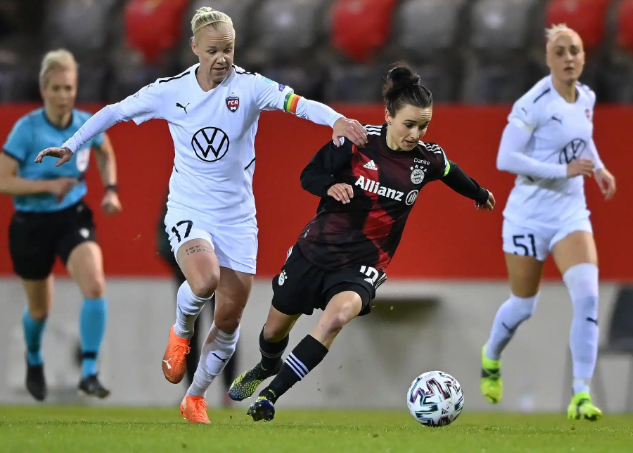 Dallman's 9th minute opener ushered the host into a convincing victory and when Buehl's 28th minute strike got the Visitors off their feet in the first half, Beerensteyn final strike in the 65th minute settled it for the 1st leg as Bayern Munich Ladies took all advantage into the 2nd leg. 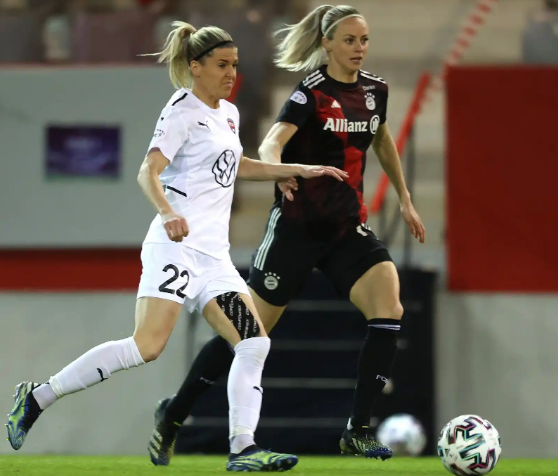 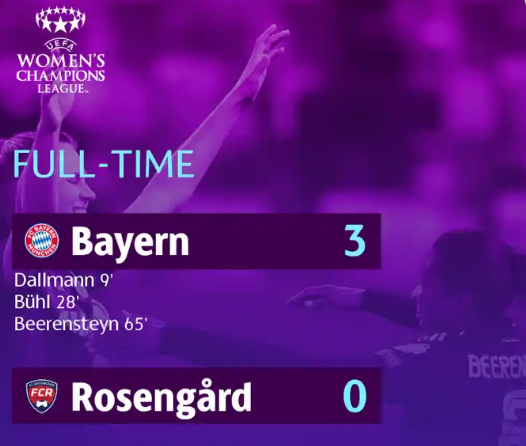 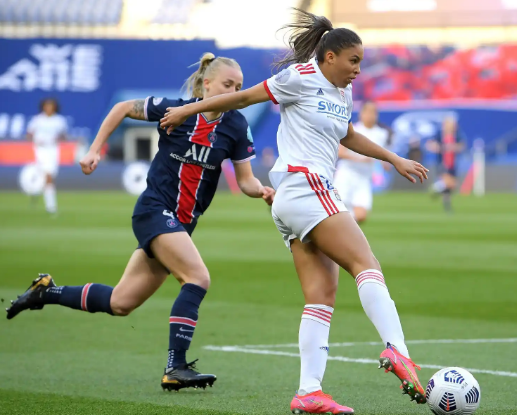 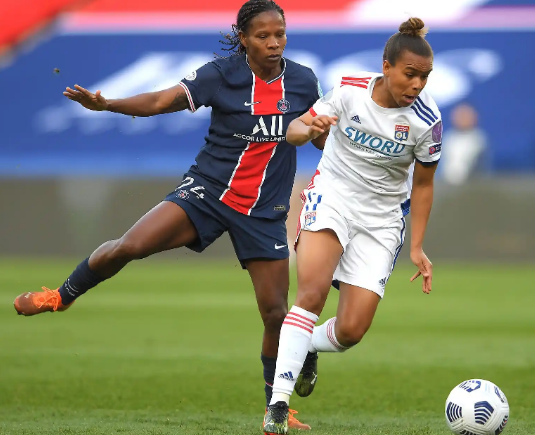 Although it looked easy on paper for Lyon but it was all war as PSG gave a wonderful fight against the Champions and in the end, Lyon magic came to play once more as they got the Winning goal in the 86th minute through Renard's Strike from the Spot after an infringement was captured by the referee. 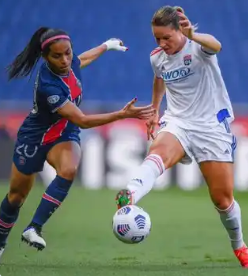 The away victory put them in better position for the return leg. 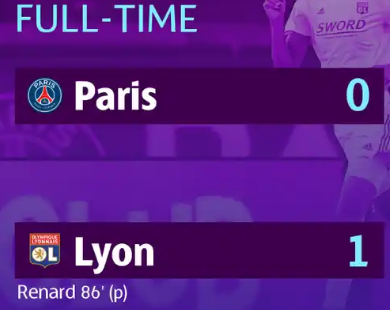 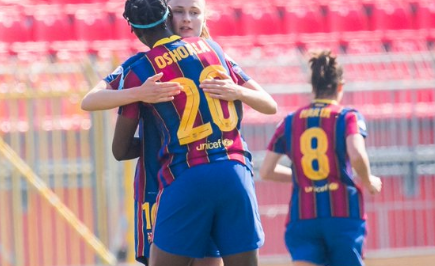 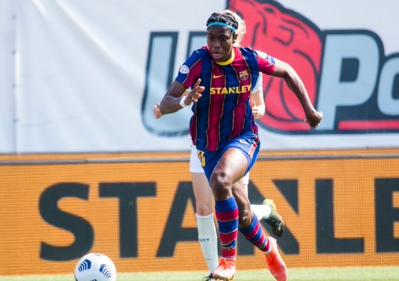 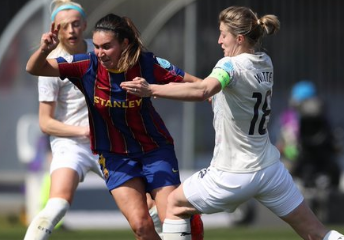 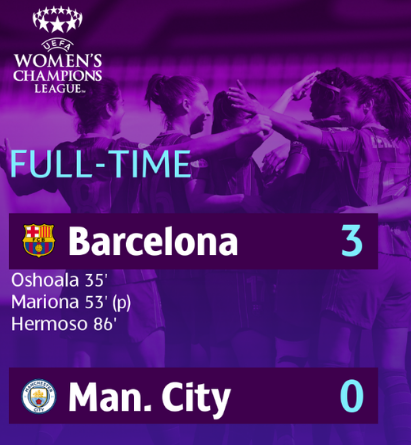 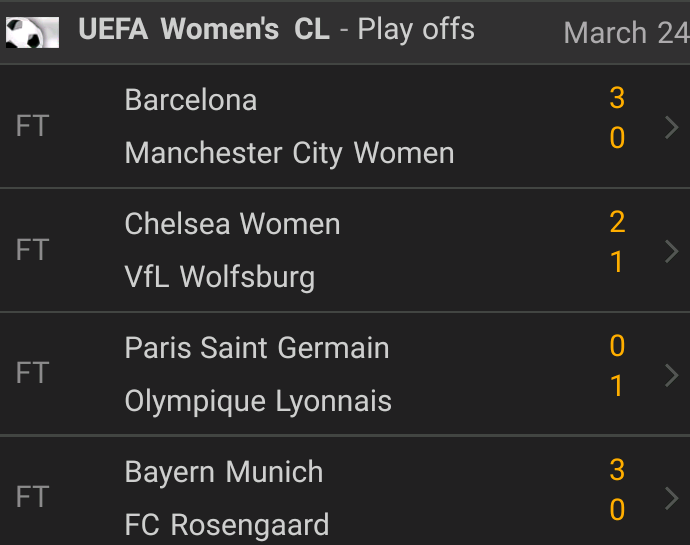 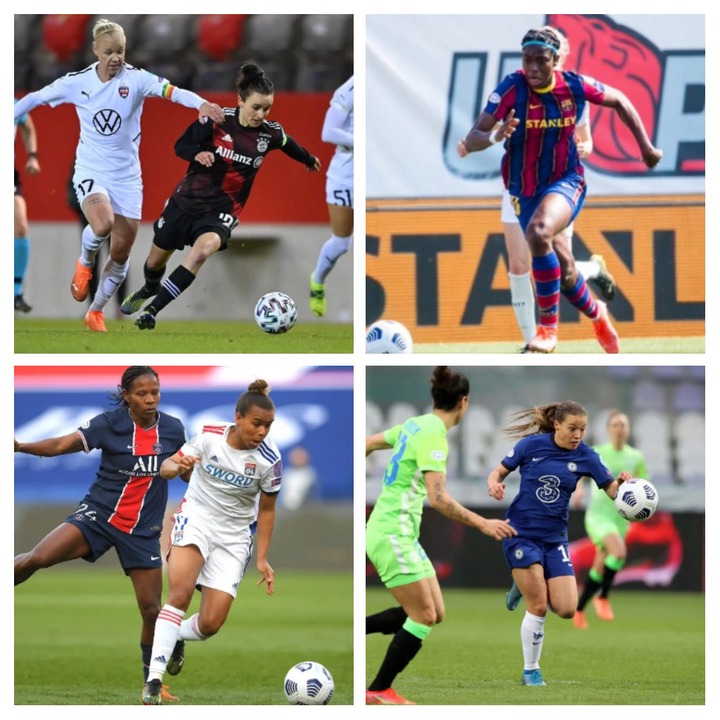 The return leg comes up in a week's time. Going by these results, which of them do you think will scale through to the semis and how do you see Oshoala's performance, can Barcelona snatch the trophy from Lyon? Follow for more.