Chelsea Current Manager, Thomas Tuchel lost his first game since joining Chelsea on January 27. Thomas Tuchel's men are yet to concede a single goal at home before facing West Bromwich Albion where they conceded 5 goals. 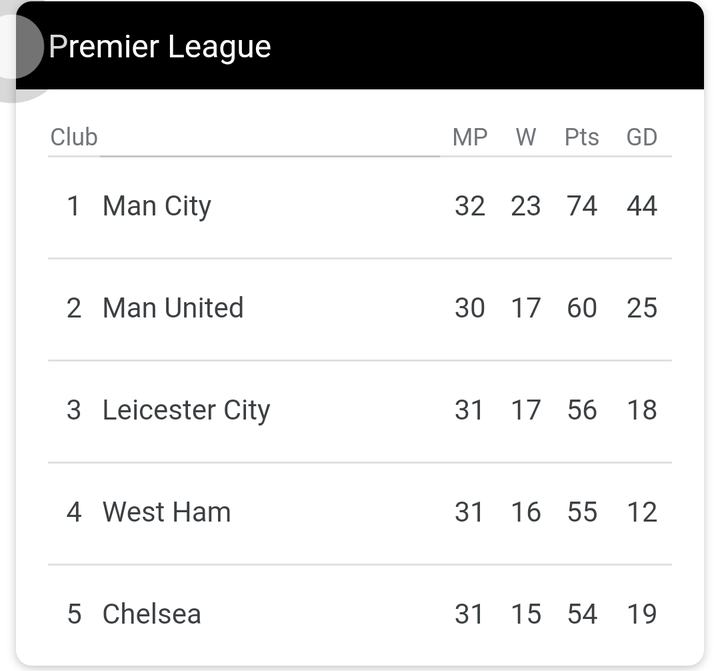 See Why Chelsea Will Top 4:

1. Chelsea have a fixtures against west ham United On April 24. If Chelsea Defeat West Ham United, Chelsea Will jump over West Ham with 1 point ahead of West Ham United.

Content created and supplied by: Splendor2004 (via Opera News )