Manchester City will travel to Belgium on Tuesday to face Club Brugge, same day PSG will host Germain side RB Leipzig in another encounter in UEFA Champions league Group A. An opening draw with Club brugge and a 2-0 win over Manchester means Paris Saint Germain must win against RB Leipzig to maintain momentum of topping their Group and qualify for the next round. 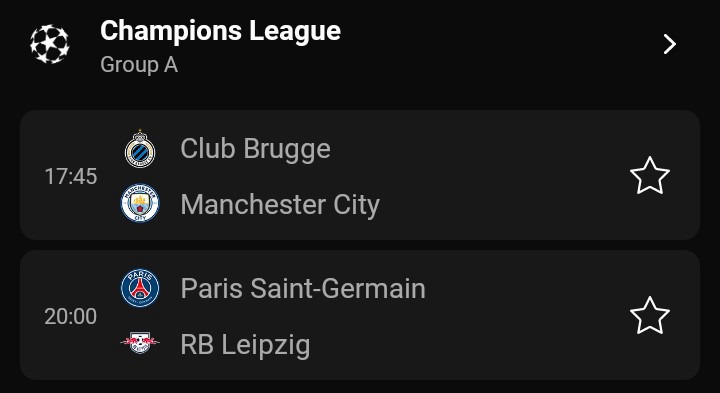 Ahead of the match at Parc des Princes, Let's look at PSG record against German teams, PSG Team News And How Messi and Mbappe Could Line Up Without Neymar against RB Leipzig.

RB Leipzig is the Sixth German team PSG have ever faced, having first met Bayern 1 on 14th September 1994 of the group stage of the 1994/1995 UEFA champions league. They have also met Schalke 04, Vfl Wolfsburg, Borrusia Dortmund and Bayer Leverkusen in both UEFA champion league and Europa league. 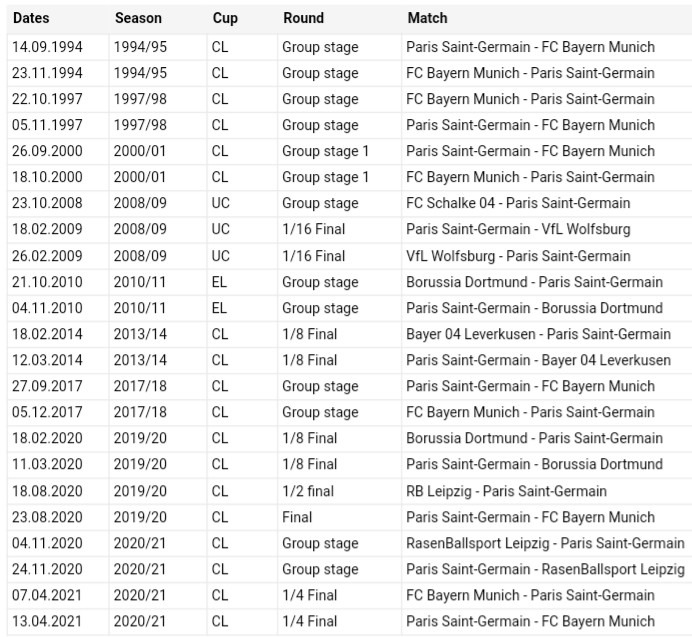 In Summary, PSG have faced Bayern Munich 11-times, Schalke 04 once, Borrussia Dortmund 4-times, Vfl Wolfsburg 2-times, Bayer Leverkusen 2-times and RB Leipzig once. Making it a total of 23 meetings with German teams that have yielded 13-wins, 2-draws and 8-defeats.

As revealed by Goal.com, Neymar is out of the RB Leipzig clash after sustaining a minor injury while away with Brazil though he could make a swift return to action in few days. Aside the Brazilian, Mauricio Pochettino has a relatively full squad to unleash against RB Leipzig. 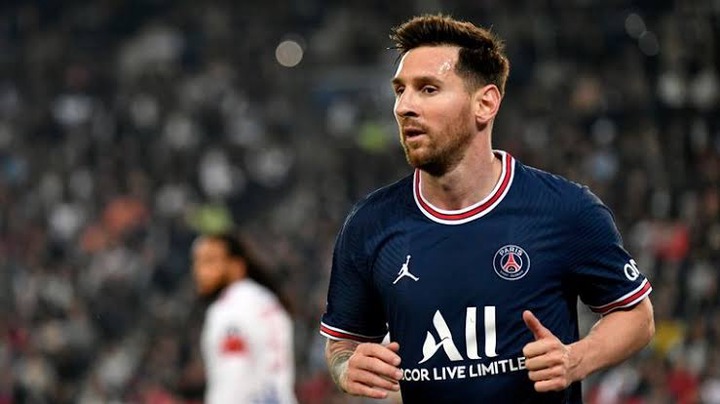 How Mauricio Pochettino Could Line Up Lionel Messi And Kylian Mbappe

Mauricio Pochettino should opt for a 4-3-2-1 Formation. In the central defence, Marquinhos and Kimpembe should continue, while Hakim should start on the right side defence and Nuno Mendes in the left side. Idrissa Gueye in the deep midfield and partnered by Marco Verratti and Angel Di Maria in a more central attacking midfield areas. In a two man forward supporting striker, Lionel Messi should start in the right side attacking forward but always dropping deep to start counter attacking situations, while Kylian Mbappe operates from the left side attacking forward behind Mauro Icardi, who should start upfront. 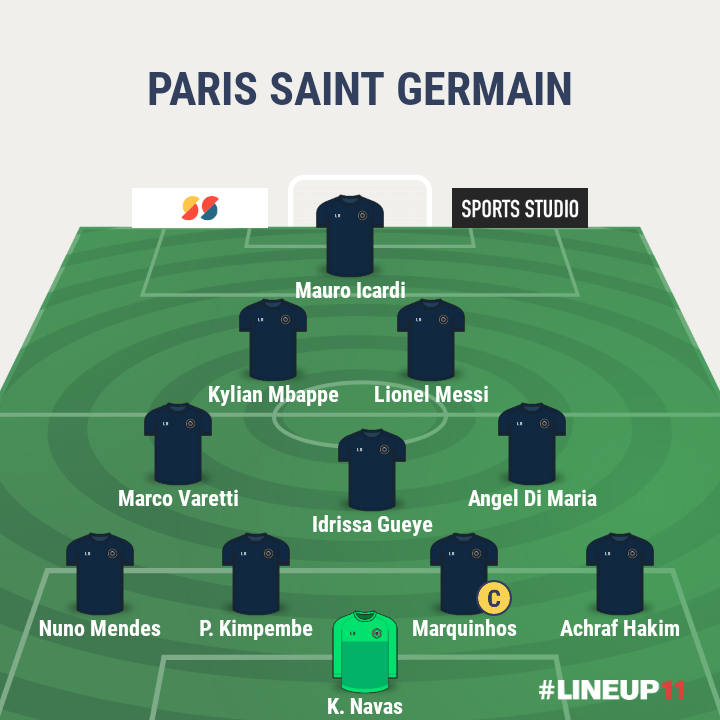 Paris Saint Germain may not have started in the more expected situation, but their victory over Manchester City means there is much much to come from the tridents of Messi, Neymar and Mbappe as they continue to glue into a formidable team. Against RB Leipzig, the Parisians are likely to triumph, with Lionel Messi and Mbappe likely to get on the score sheet.