Head-to-Head Statistics Of Kylian Mbappe And Jadon Sancho This Season.

Kylian Mbappe is often described as a versatile footballer and a potential successor of Cristiano Ronaldo and Lionel Messi in the realm of football. Obviously, He’s one of the promising young talented footballers in the world currently. He often plays as a winger and is well known for creating chances and providing assistance for his teammates during attacks. 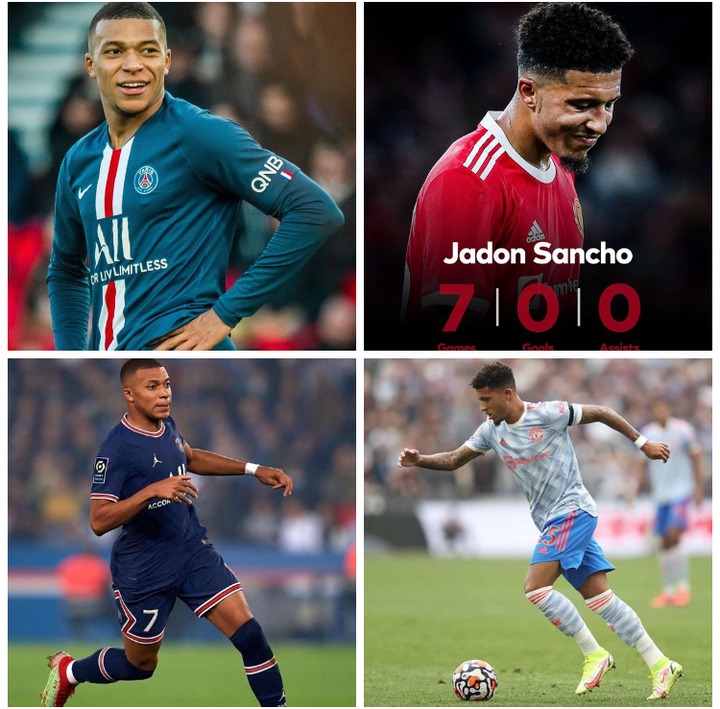 Jadon Sancho on the other hand is a highly technical player, he’s well known for his trickery, pace, and use of feints in one-on-one situations. he is also considered as one of the young talented footballers in the world of football.

Regarding their performances this season, below is a brief analysis of their stats as far as the 2021/22 season is concerned. Paris Saint-German makes a positive decision by retaining Kylian Mbappe in their squad this season. Though the French footballers contract is said to expired next Summer. despite the fact that Real Madrid showed interest with a huge ransome amount of money, they didn't accept their offer to show how important he is in the team.

Statically, Since the outset of this season, Mbappe has recorded a total of 5 goals and 3 assists in seven matches played in the league. Mbappe sourced the only goal Paris saint German scored in their first match in the Champions League against Club Brugge by rendering an assist to Ander Herrera in the 15th minute of the game. 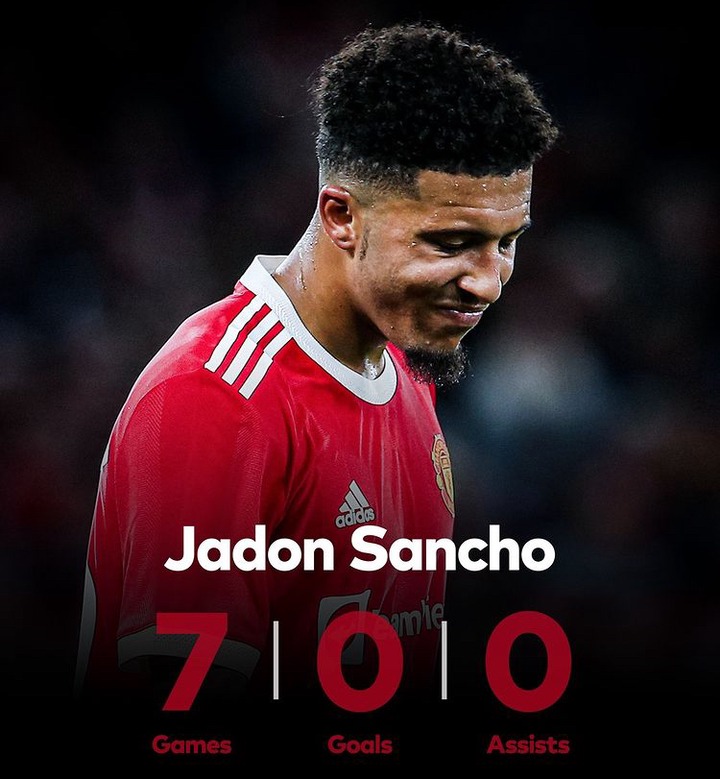 However, Sancho is witnessing a goal drought since his debut against Leeds United, as he is yet to record a goal for the club. He has played five league matches, one UEFA Champions League match, and one league Cup Match with no goal nor assist registered.