Barca suffer two setbacks ahead of their game against Getafe, as they look to return to winning ways

By Castano (self media writer) | 9 months ago

FC Barcelona have suffered two major setbacks ahead of their next La Liga game against Getafe. 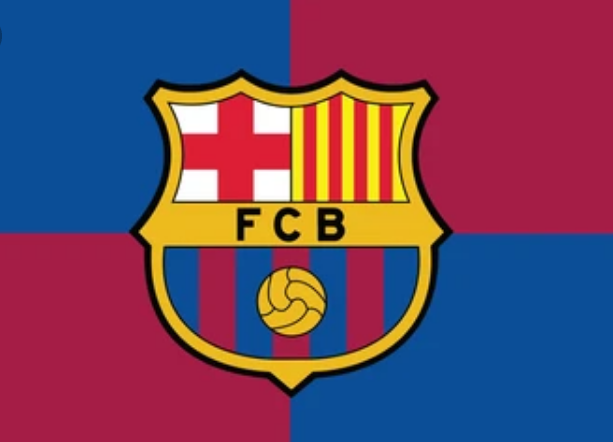 Spanish La Liga giants Barcelona had a very hough night yesterday in what was their second La Liga game of the new season and would be hoping that night's like that never comes their way again.

The Blaugrana side who have now played their second competitive game of the new season without their former talisman Lionel Messi struggled to break down a strong Athletic Bilbao side that was filled with energy, determination and ambition.

One could say that Barcelona had a tough night on all accounts against The Athletic club at the San Mames, as they look shaky from the beginning of the game till they were able to find an equalizer.

However, the Catalans managed to somehow scrape through and pull out a 1-1 draw thanks to a wonderful goal from their new forward Memphis Depay, who was happy to get his goal account going with that thunderbolt of a strike.

Throughout the game, Athletic Club’s pressing caused constant concern to the Barcelona defense, who were kept on strings for almost the entire game, with Sergino Dest and Jordi Alba not constantly given the chance to storm forward due to the speed of Williams which can cut them out so fast.

But Barcelona suffered two major setbacks in that game and that could affect them when they take on Getafe in what would be their third La Liga game of the new season.

The first setback the club suffered was the injury to one of the club captains and leaders, Gerard Pique.

The Spain international had to be taken off very early in the game due to some discomfort he felt after heading the ball clear from his box 18.

According to a report released by Barcelona on their official website, it has now been confirmed that the veteran has suffered a calf injury and would need further assessment to determine the extent of his injury.

Anyways, the Barcelona No.3 was unable to continue after strain on his soleus muscles forced him to go down and then be replaced by Ronald Araujo in the 31st minute, and now we all wait to know his fate. But, some reports have claimed that it is not looking good for Pique, who could miss some games.

Also, new signing Eric Garcia was sent off in the dying moments of the game after he prevented Williams from getting a clear run towards goal.

In Barcelona's first game against Real Sociedad, Garcia looked confident, but against Athletic Club, he was constantly pushed and that made him tensed.

However, With Garcia now suspended due to his red card and Pique now injured, Barcelona will be forced to be without these two centre-backs and that could be a problem for them as they are Ronald Koeman's first choices. 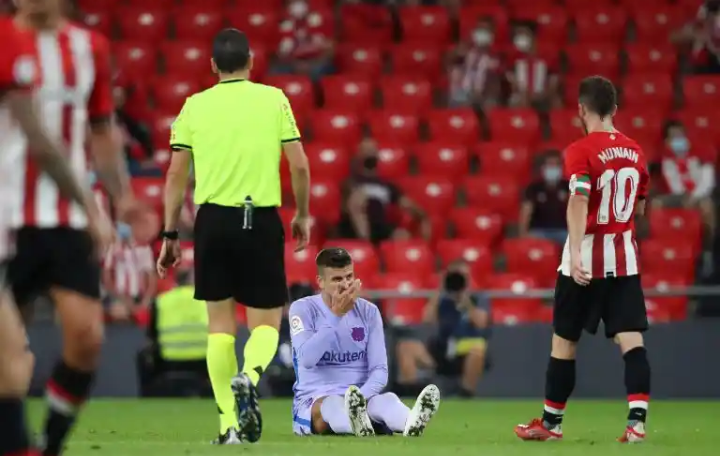 However, they do have two centre-backs available for the clash against Getafe in Ronald Araujo and Clement Lenglet, but should one of them suffer any of Pique or Garcia's fate, it would be very difficult for Barca to go around that, unless they are willing to rely on Samuel Umtiti, who is not in Koeman's plans.