ARS VS TOT: How Arsenal Could Lineup Against Tottenham Today With Xhaka, Partey, Saka And Rowe

As regards the Premier League fixtures for the 2021-2022 campaign, Arsenal will be clashing against Tottenham at the Emirates today, exactly 4:30 in the evening. Of course, the showdown is going to be an interesting one to watch, because it's a derby match. 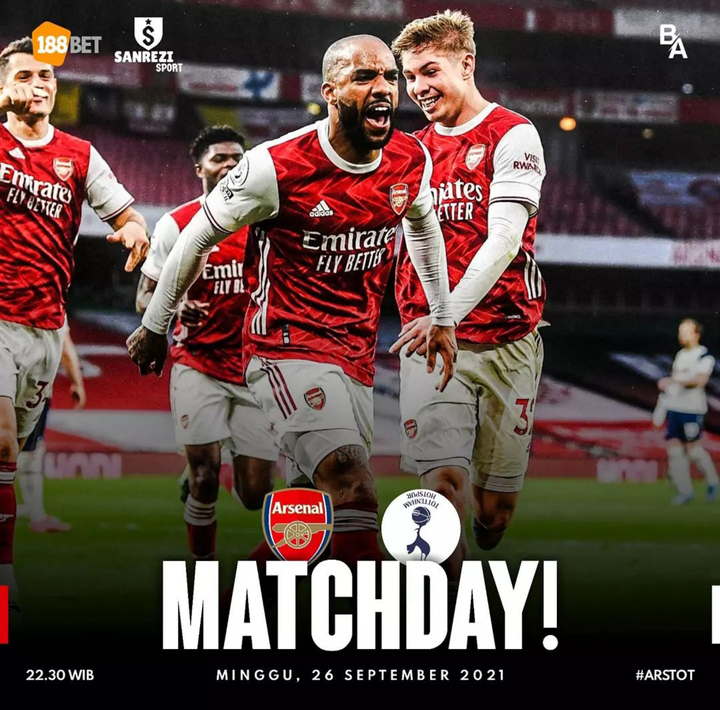 Apparently, the Gunners will have to play with a high level of winning spirit this evening, because the Nuno Espirito Santo's men won't definitely take it lightly with them. Tottenham lost back-to-back games (Crystal Palace, Chelsea) in the league. So, they wouldn't want to accept a third defeat in a row.

Having said that, there's a way Mikel Arteta could lineup against the Spurs today, with the likes of Thomas Partey, Bukayo Saka, Granit Xhaka, Smith Rowe and the rest. Without a doubt, Arsenal need 3 points to continue their unbeaten run after the international break. As a result of that, the Gunners have to face the Nuno Espirito Santo's men with full force. 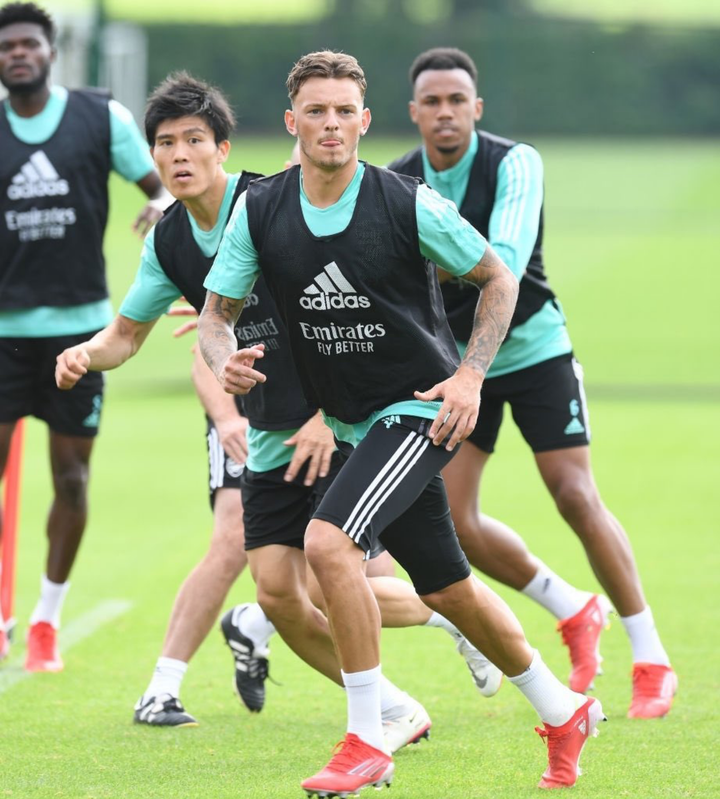 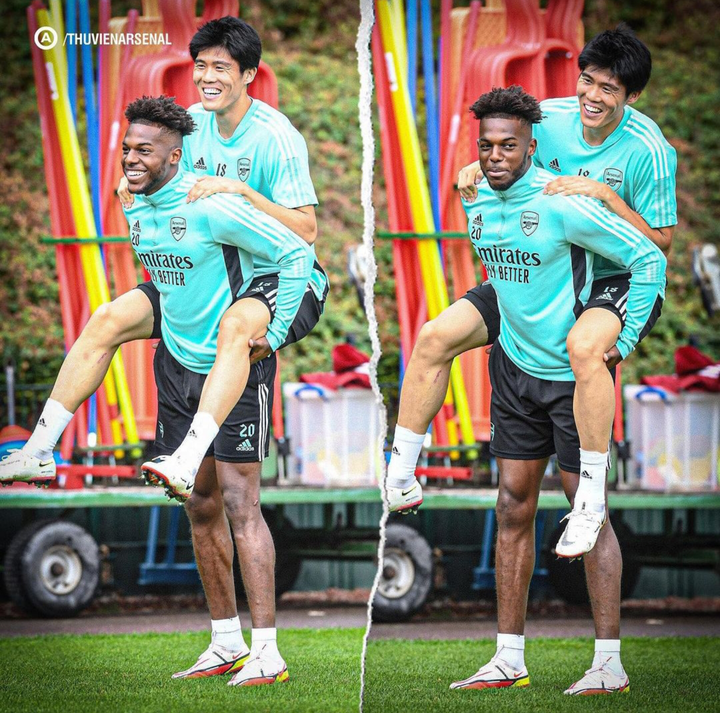 As regards Tottenham's performance against Chelsea last week, they were very composed in both defense and attack. With that being said, Arsenal have to secure and protect their midfield, in order to subdue them. And, based on their performance against Burnley last Saturday, the lineup below is strong enough to defeat and silence the Spurs.

Obviously, Aaron Ramsdale has been buzzing and making waves in 2021-2022, having seen his performance in their last Premier League fixtures. As a result of that, the English goalie should be on goal against Tottenham this evening, because he has the ability and capability to keep a clean sheet for the Gunners. In other words, the Nuno Espirito Santo's men could be very dangerous and merciless in front, but Ramsdale has the potential to help Arsenal bag 3 points. As regards the formation of 4-2-3-1, Mikel Arteta goes with four defenders at the back, so as to protect their box against the opposing players. Having said that, Takehiro Tomiyasu anchors the right-back position, Ben White and Gabriel Magalhães as centre-backs, while Kieran Tierney holds the left-back role. Of course, this particular setup helped Arsenal massively against Norwich City and Burnley, so the defenders are able to play brilliantly at the Emirates this evening. Concerning this formation, both the Japanese and Scottish will be going back and forth on the line, in order to assist the team's display in attack and defense. Tomiyasu has already established himself at Arsenal, so he should be able to silence Son Heung-min or Harry Kane, while the two centre-backs stay alert to avoid errors leading to goals. 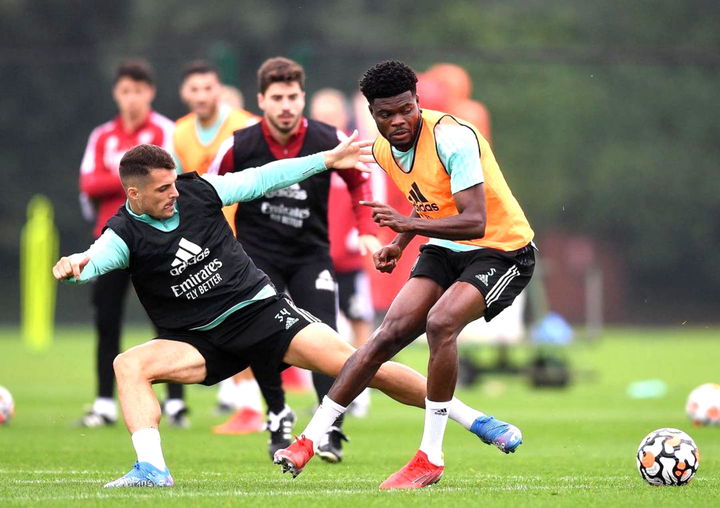 Without a doubt, Granit Xhaka needs to start today because he's back from suspension, so as to partner Thomas Partey in the midfield. Having said that, the two players dazzle as defensive midfielders, because the Nuno Espirito Santo's men can be kind of composed in the midfield. As regards their formation against Chelsea, the Tottenham gaffer used a three-man midfield setup, which means he can deploy the same lineup against Arsenal today. As a result of that, Partey and Xhaka should start as a double pivot, while Martin Odegaard plays as an attacking midfielder. Initially, the Norwegian youngster doesn't have enough strength to battle with the opponent, but the Ghanaian and Swiss footballers are behind him to dominate the midfield. 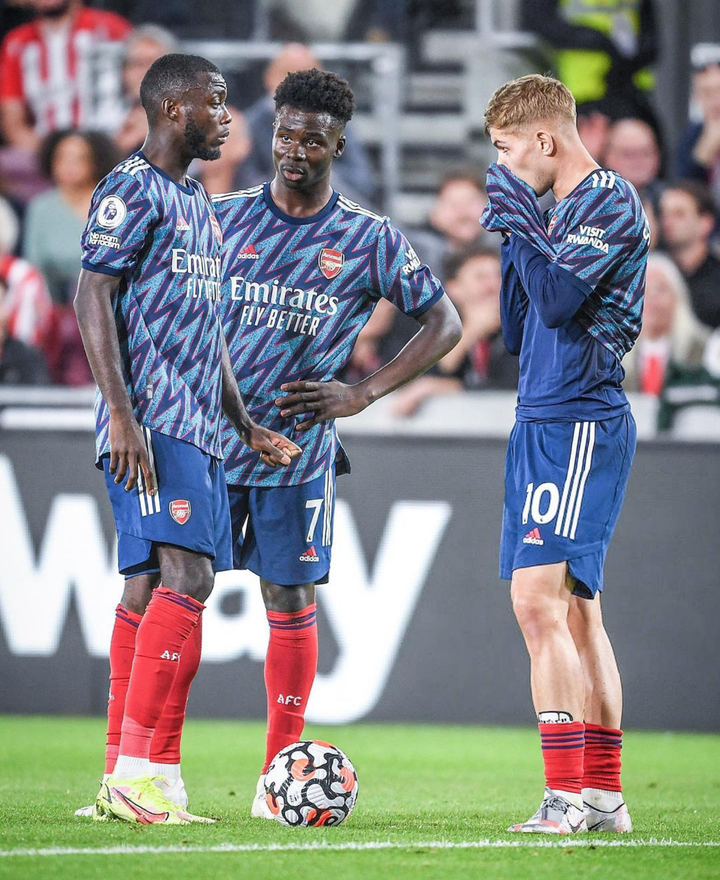 Nicolas Pepe may not make it to the starting XI today, based on his last display against Burnley in the Premier League. So with that being said, Bukayo Saka and Smith Rowe play as wide attackers, in the sense that they will dazzle widely in front, instead of focusing on moving to the midfield. The two Englishmen have been performing amazingly and outstandingly in their previous games, so Mikel Arteta will need them to create chances in front. Regarding their potential, Saka has the ability to dribble and run to beat the defenders, while Rowe has the vision to lay unbelievable passes, which could dumbfound the opposing players. So, they can both use their abilities to give Arsenal their EPL third win after the international break. 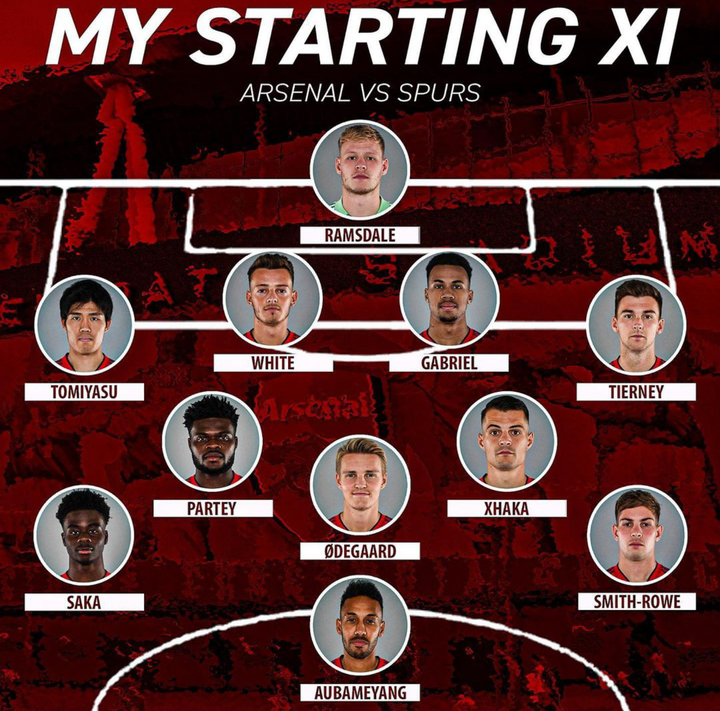 Alexandre Lacazette performed impressively in their Carabao fixture last week, but he may not start today because Aubameyang has a good record against Tottenham. Therefore, the Gabon international plays as the central-forward this evening, so as to position himself and score goals. However, the Nuno Espirito Santo's men are seriously balanced at the back, based on their performances against the Thomas Tuchel's men. The likes of Cristian Romero and Eric Dier are not joking, but Aubameyang is brilliant and experienced enough to navigate himself around them.

Can Arsenal win against Tottenham today with this lineup?