England under Gareth Southgate lined up in a 3-5-2 formation back in 2018 as he focused on defensive solidity foremost. That said, they was way better with the ball when compared to recent tournament performances, with the emphasis being on playing out from the back.

The England football team lined up throughout that tournament with Jordan Pickford in goal, and Kyle Walker, John Stones, and Harry Maguire playing in front of him. Ashley Young and Kieran Trippier lined up as attacking wing-backs, while Dele Alli and Jesse Lingard played in front of a shielding Jordan Henderson.

Raheem Sterling and Harry Kane made up the front two with the latter winning the Golden Boot with six goals to his name. England have grown a lot since that time, and the country has seen many exciting young prospects creep up everywhere in club football.

Only Kane, Sterling, Henderson, and Maguire will cut it as starters among that group, with many losing their form or getting older.

Gareth Southgate also shifted into a 4-3-3 after the World Cup, which could see many of the aforementioned prospects get their chance in an England shirt.

The likes of Jamie Vardy, Ashley Young, Gary Cahill, and Phil Jones have not played for England since the World Cup. England are also in a state of bliss as they have a handful of youngsters starring for major clubs across the country. Trent Alexander-Arnold is the standout of those youngsters and has built himself up as the best right-back in the world. He should be Southgate’s first-choice right-back, as his inclusion brings quality in those areas.

He has competition in this position in the form of Walker and Trippier, but if he continuethe same path as this season, he would become one of the first names on the team sheet for a long time for England. Hiteammate Joe Gomez has been sensationalas well this season, and has slotted in alongside Van Dijk in the right side of Liverpool’s defense. 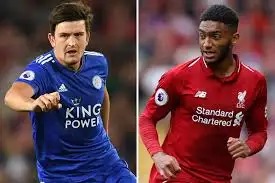 Joe Gomez would serve as a perfect foil for Harry Maguire, considering his pace and ability to play in a high line. Ben Chilwell should start at left-back considering he has played there for England in their last three qualifiers in 2019.

Pickford did well in the last World Cup, but his form has taken a dip since then. Pickford’s cause to start as England No. 1 is in doubt as well, because Sheffield United’s Dean Henderson and Burnley’s Nick Pope have both impressed this season.

Pope’s imperious form this season means he should get the nod to start ahead of Henderson or Pickford in goal. Southgate will have a headache in picking out his midfield starters, with only Henderson looking like a shoo-in at the moment.

This season has seen the rise of many young stars in the midfield and Southgate has plenty of names to choose from, including Declan Rice, Mason Mount, and Phil Foden. Since there’s still a year before Euro 2021, Gareth Southgate should back Phil Foden to gain a starting role in the England football team.

Foden has looked sensational every time he has played for Manchester City and looks to be the heir to David Silva’s throne at the club. Alli’s deteriorating form and Lingard’s slide down the hierarchy at United mean that Southgate will have to look at the youngster soon.

James Maddison is another player who has impressed at Leicester but is yet to earn a single cap for England. He could complete the midfield triangle alongside the Manchester City prodigy in an uber-creative engine for England.

Mason Greenwood and Bukayo Saka’s emergence as legitimate wonderkids for big clubs like Manchester United and Arsenal have been a source of some excitement in the British Isles. Their performances for their clubs have been way beyond their tender years, and Southgate will have to monitor their development as the clamor to include them in the national line-up can only get louder from here. 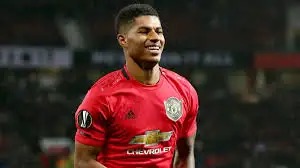