WWE has just announced the card for the first SmackDown episode of 2021. On the New Year's Day Edition of the show, fans of the blue brand will see some big names in action.

The preview was posted on WWE's Twitter account and it gave us a glimpse of what expect on this week's SmackDown. 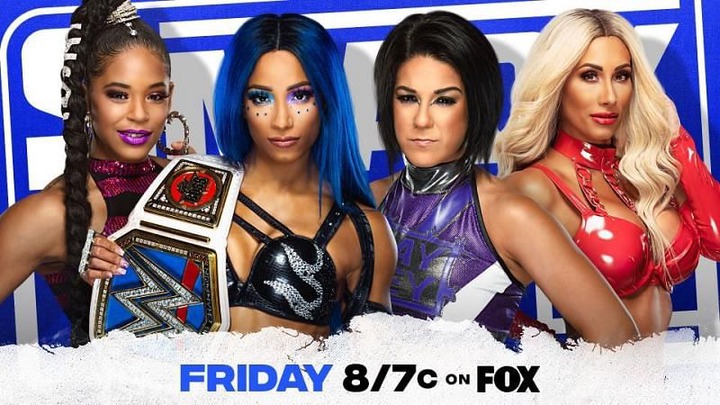 Current SmackDown Women's Champion  Sasha Banks  and the EST of WWE Bianca Belair will be teaming up to face their rivals, Carmella and Bayley. Belair and Banks would be out for revenge against the villainous duo who took away their chance to become WWE Women's Tag Team Champions last week.

The second match announced in the WWE SmackDown Preview is the newly-crowned WWE Intercontinental Champion, Big E, going one-on-one against King Corbin in a non-title match.

Big E won the Intercontinental Championship from Sami Zayn on the Christmas Day episode of SmackDown. His match against King Corbin will be his first as the new titleholder.

Current WWE Universal Champion Roman Reigns will be making a special request to WWE management on this week's show. The Tribal Chief was successful in defending his title against Kevin Owens at TLC and on the Christmas day edition of SmackDown.

WWE has not released the specific details of Roman Reigns' request, and it will be interesting to see what the Universal Champion will have in his mind.