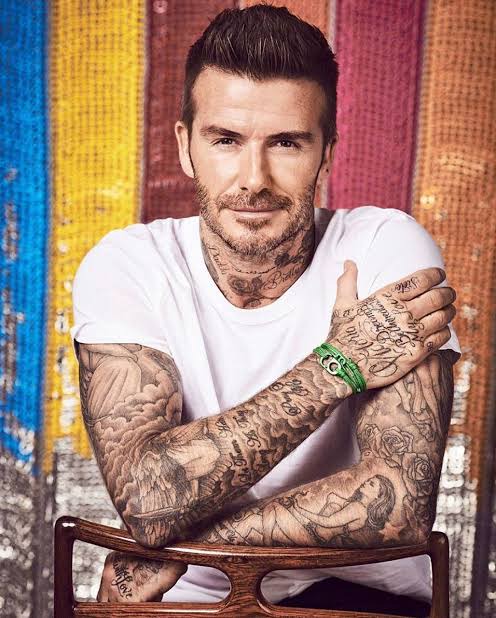 David Beckham is first on this list, he is a retired English player, who is remembered for the time he spent at Manchester United. Till date, he is still known as one of the best midfielders in football history.

Beckham was one of the players that introduced tattoos into the world of football in the 2000s, he actually got his first tattoo back in 1999 and others later on, which he dedicated to his wife and son. 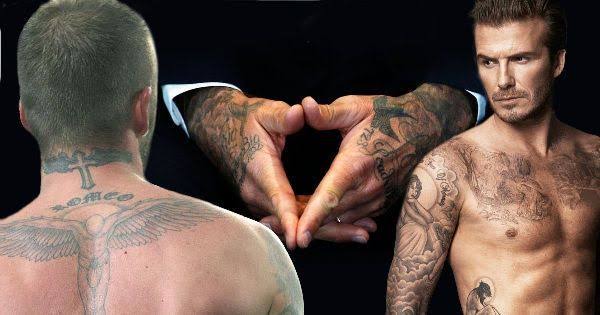 Today his both arms and chest area are decorated with tattoos. 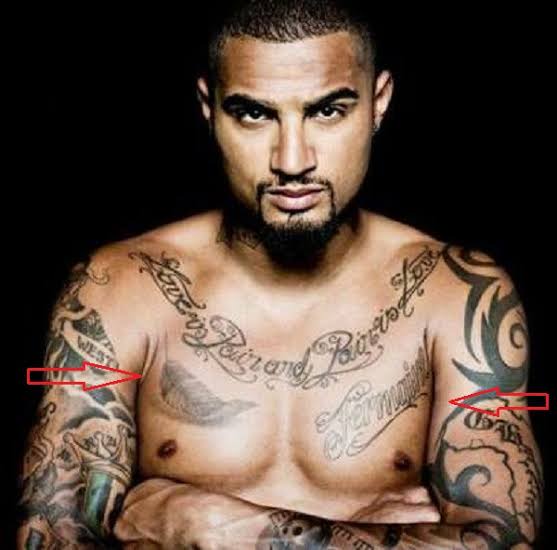 Kevin-Prince Boateng is next on this list, he is a popular Ghanaian footballer, who plays as a Midfielder and forward for the German side; Hertha BSC, and also the Ghana National team.

Known to be one of the best players in Africa, Boateng has numerous tattoos, with different significants. 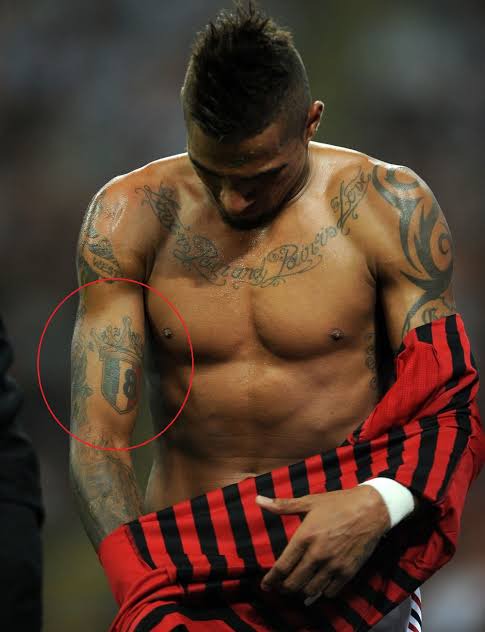 He has a map of Ghana, a tattoo dedicated to his former club, and some playing cards at his neck area. 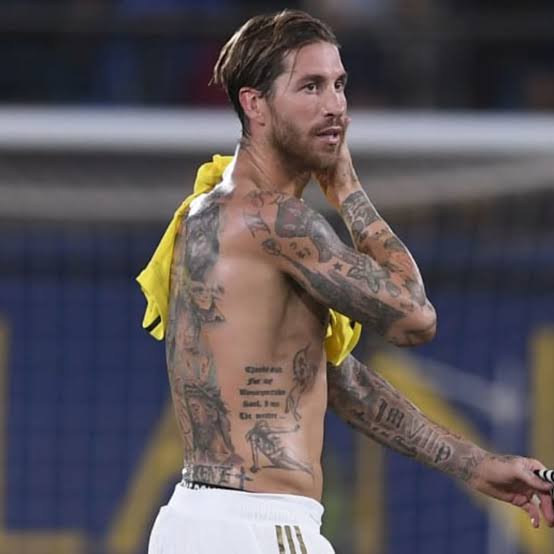 Sergio Ramos is a prominent Spanish player, who currently plays as a defender for the League one club; Paris Saint Germain, and also the Spanish national team. 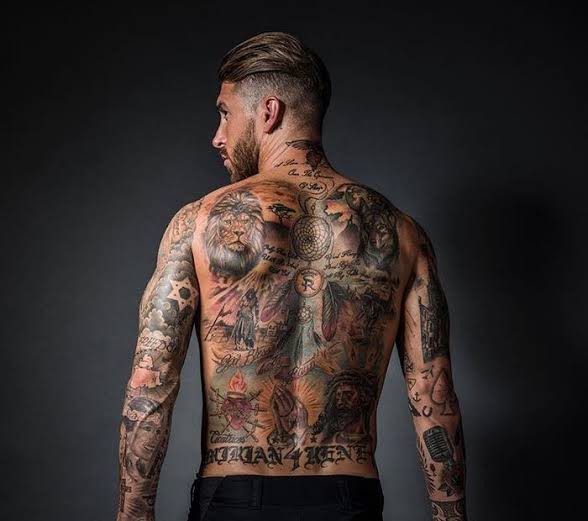 Ramos has over 100 tattoos and has gradually filled up his arms with religious iconography. His back is not left out, he has covered the entire area with magnificent tattoos, which includes the face of a lion, wolf, bird, feathers, and also what seems to be a page from the Bible. Each of his tattoos portrays a different message. 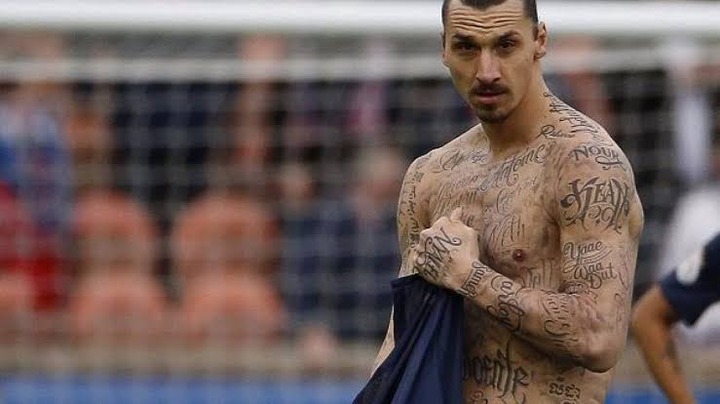 Zlatan Ibrahimovic is next on this list, he is a prominent Swedish footballer, who currently plays for the Italian side; AC Milan, and the Swedish national team.

Ibrahimovic has so many tattoos, all over his arms, back, neck and chest. 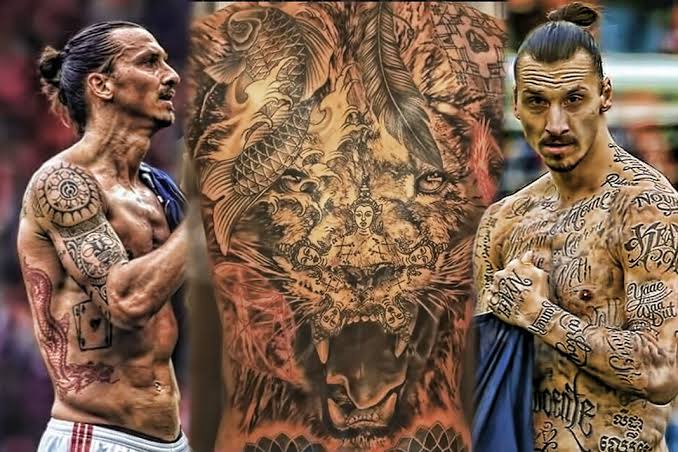 But he revealed that some of them are temporary, and are done for charity purposes, while the others are for significant motives. 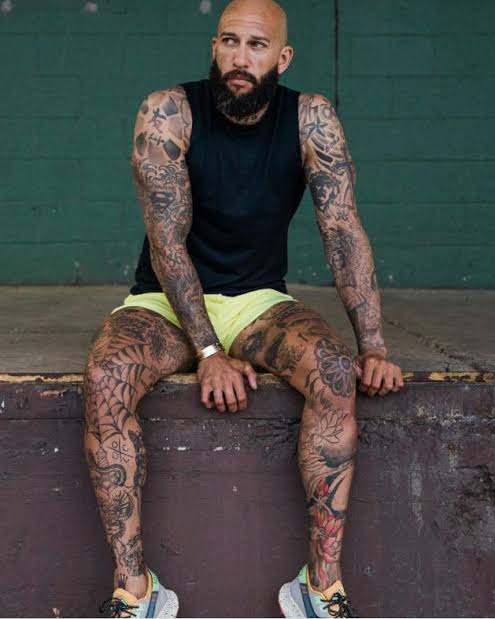 Tim Howard is last on this list, he is a former American footballer, who performed as a goalkeeper for Everton and The United States national team, before his retirement.

Howard is no doubt the most decorated goalkeeper in the world, he has over 150 tattoos and he adds a new one every year, but will soon run out of space because his entire body is already covered in ink. It seems like a tattoo is the way Howard keeps his import memories. He has a tattoo of the Olympic symbol, a giant cross, 2 children, a bird, among so many others.