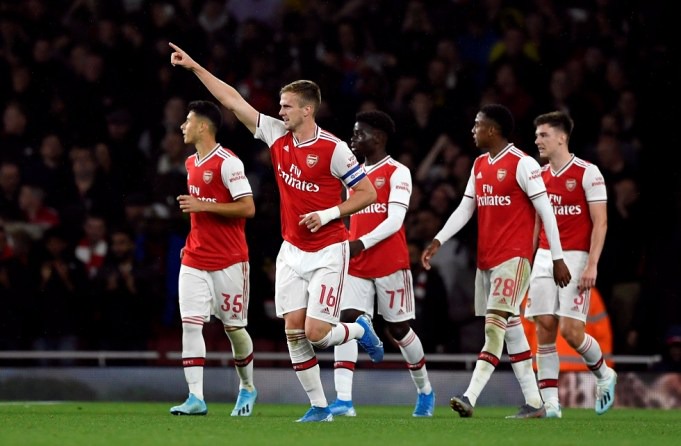 The Gunners and their jersey/shirt numbers? Here is the full list with all Arsenal players squad numbers 2020: 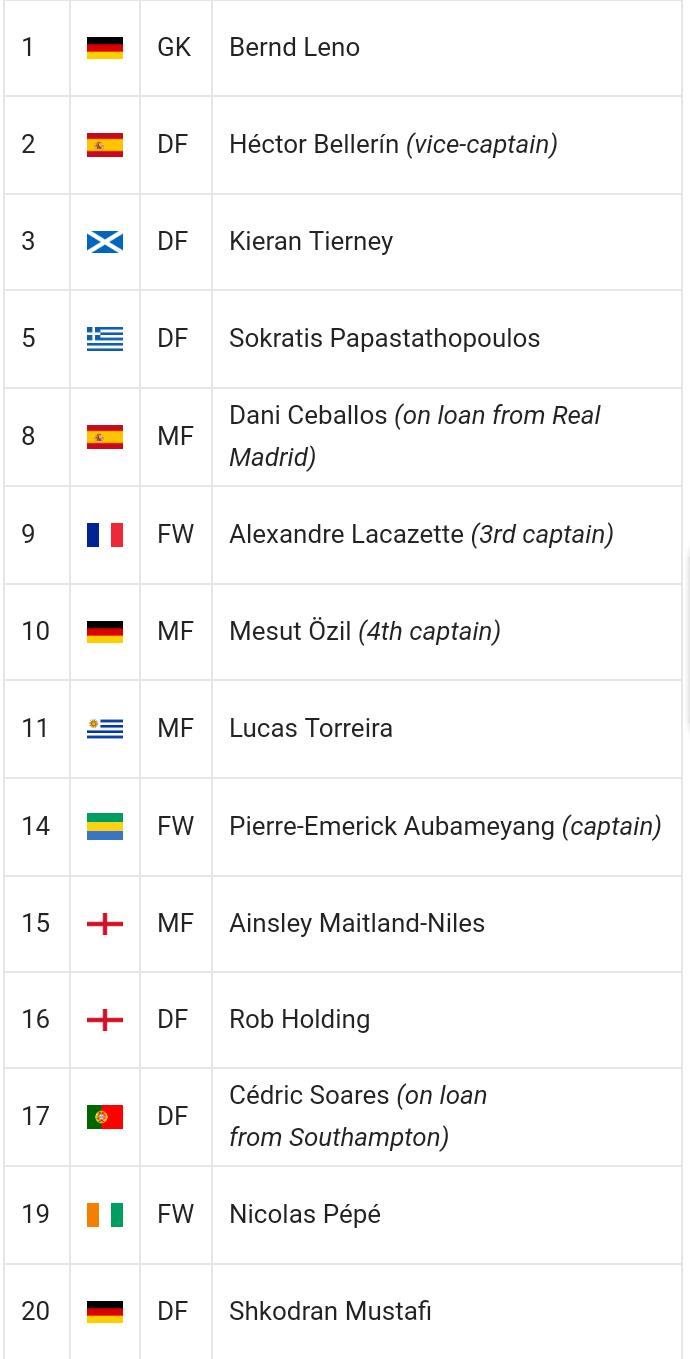 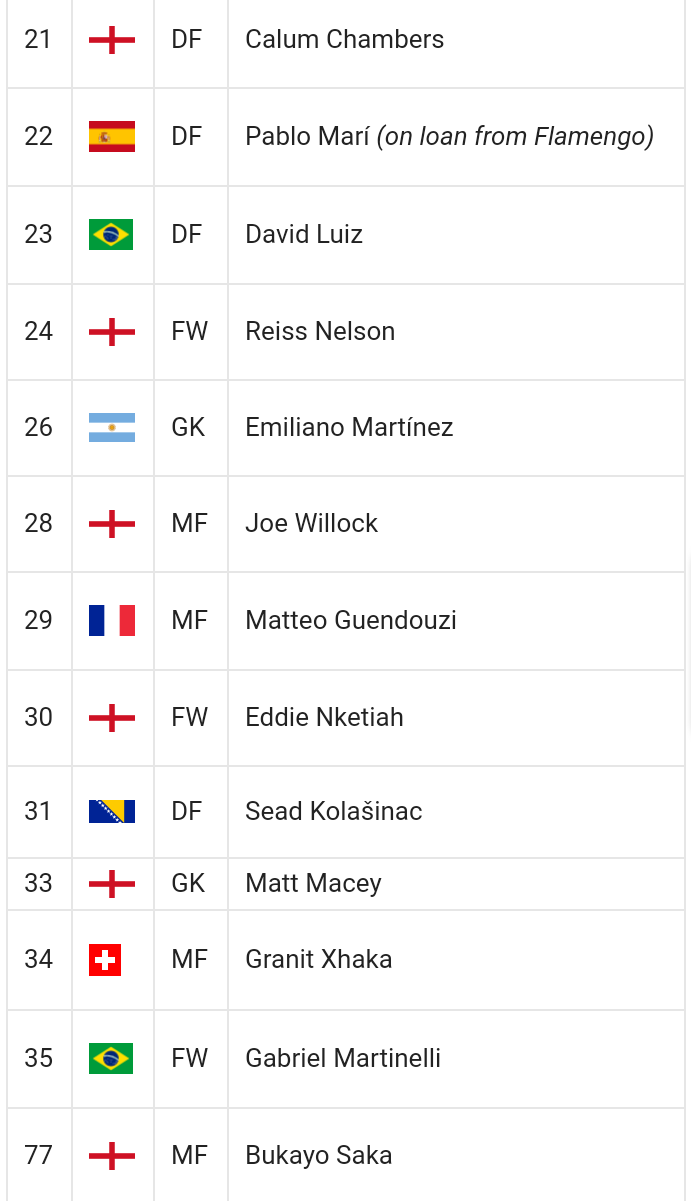 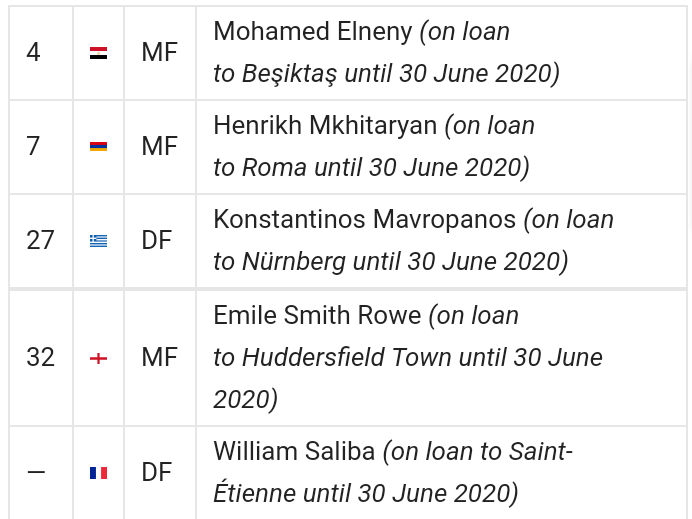 4 out of the 5 Arsenal players on loan still have their jersey numbers intact at the club.

Best Players To Wear Each Squad Number For Arsenal

David Seaman – The former England international still remains the club’s best player in the shot-stopper position after wearing it from 1993 to 2003. Jens Lehmann, Manuel Almunia, Wojciech Szczesny and consecutively Petr Cech has taken up the number. 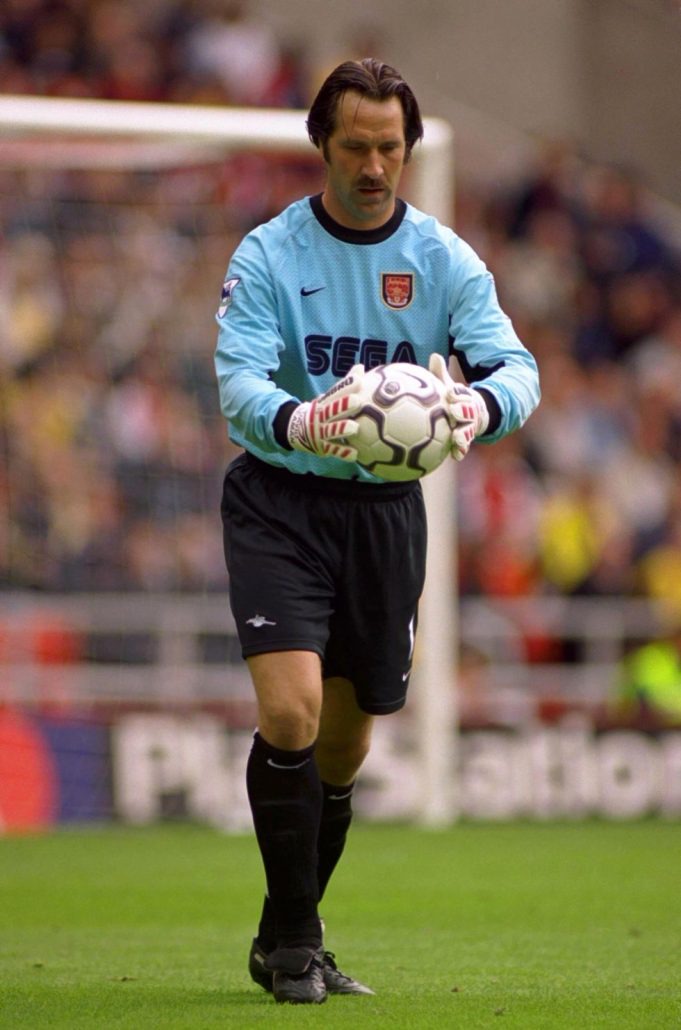 Lee Dixon wore the number 2 shirt from 1993 to 2002. He was followed up by Abou Diaby, Mathieu Debuchy and now Hector Bellerin.

Ashley Cole took on the jersey number from 2001 to 2006. Nigel Winterburn wore the number back in the 90s while Kieran Gibbs and Bacary Sagna took it up in the past two decades. 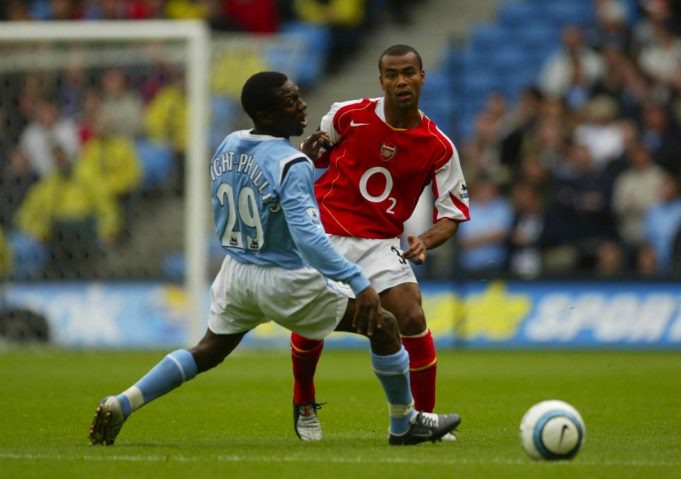 The legendary Patrick Vieira epitomized the number 4 shirt during his 9 seasons with the Gunners. His successor, Cesc Fabregas carried on the midfielder’s legacy by wearing the jersey at only 18 years old. 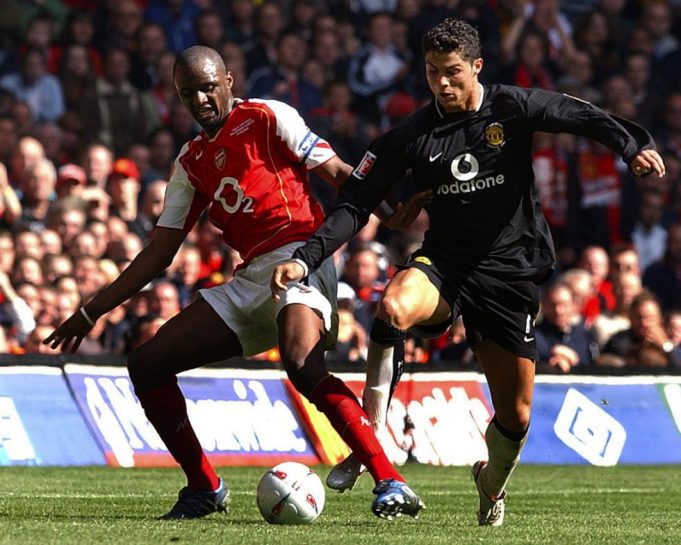 Martin Keown wore number 5 between 1993 and 2002 and made 332 appearances for the club. It was passed on by Steve Bould and passed on to Kolo Toure, Thomas Vermalean, Gabriel and now Sokratis Papastathopoulos.

One of the club’s most successful players and captain, Tony Adams wore the jersey number 6 from 1993 to 2002. Now, his statue brightly shines outside of the Emirates. 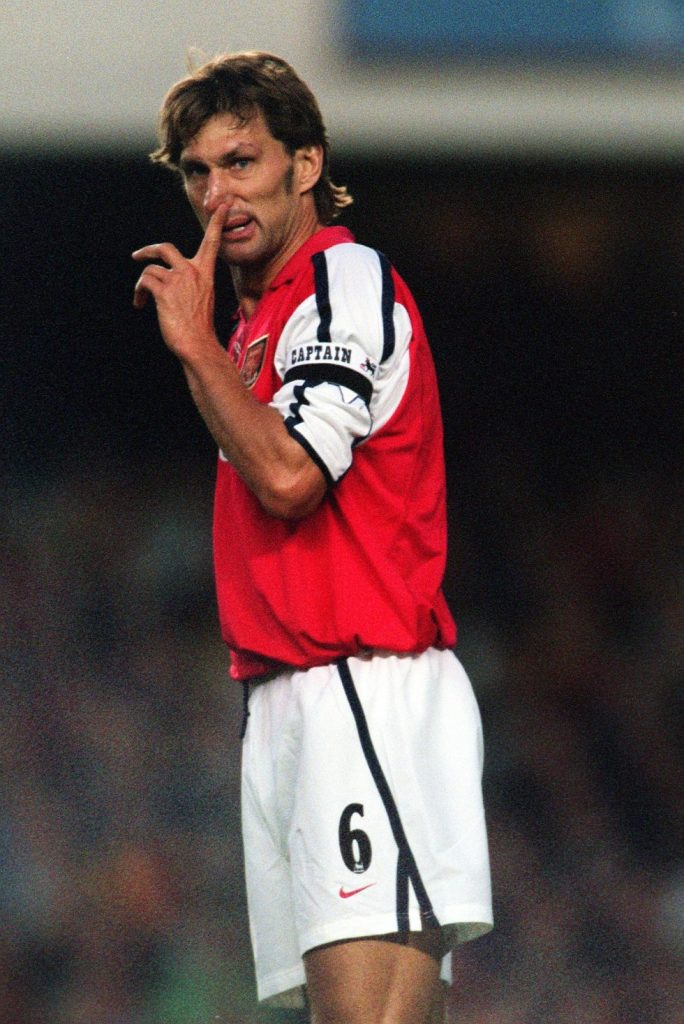 Kevin Campbell, David Platt, Nelson Vivas, Tomas Rosicky and Alexis Sanchez, all wore the number 7 shirt but it was Robert Pires who had truly made it his own at North London.

In a more non-traditional sense, it was Ian Wright, the club’s second highest goalscorer who wore the number 8 shirt between 1993 and 1998. Freddie Ljungberg posed a serious challenge to the spot during his 9 seasons with Arsenal. Samir Nasri, Mikel Arteta and now, Aaron Ramsey took on the number in recent years. 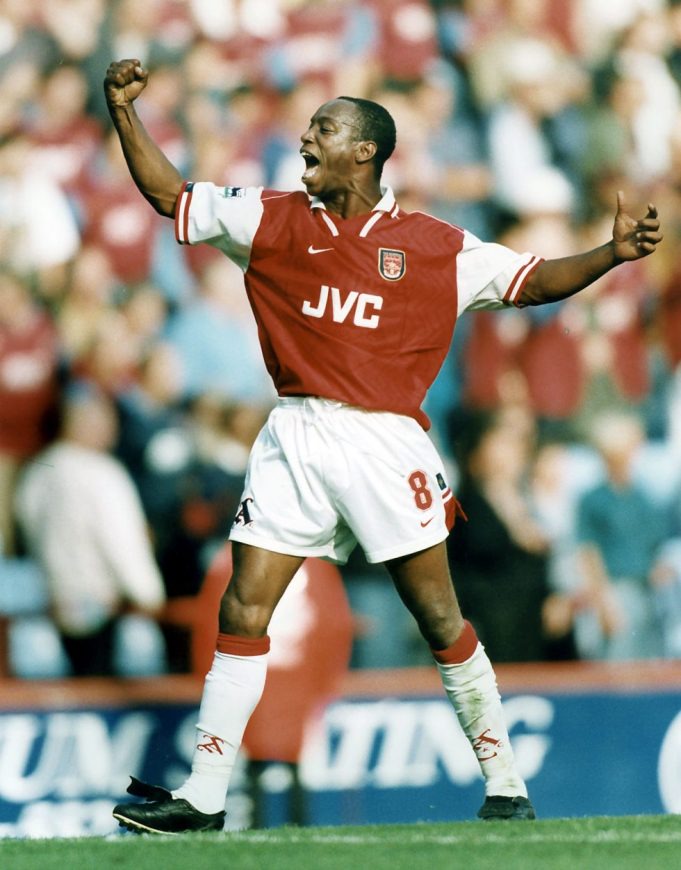 Paul Merson only got to wear the shirt for 2 seasons but his 327 appearances for the side easily makes him the best player to wear the number. Alan Smith and Nicholas Anelka were hugely impressive with the number as well.

However, since the dawn of the Premier League, the jersey number 9 has not exactly brought in a lot of glory to the club. Hopefully, Alexandre Lacazette can break the curse over the next few years.

William Gallas carried it off across 4 seasons in the most unorthodox sense since he was a centre-half. Robin van Persie and Jack Wilshere wore it over the past decade. 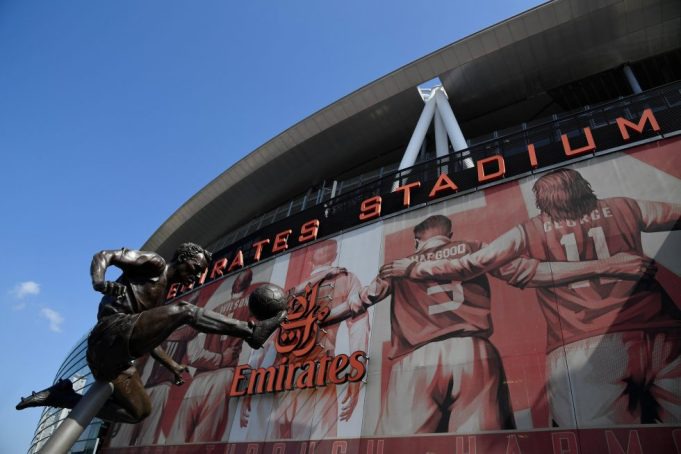 Marc Overmars earned a £25m move to Barcelona after wearing the number 11 jersey at Arsenal. Eddie McGoldrick put the number behind his back between 1993 and 1995. Glenn Helder, Nicolas Anelka, Sylvain Wiltord, Robin van Persie, Carlos Vela, Andre Santos and Mesut Ozil sported it after the Dutchman.

Thierry Henry wore the jersey number 12 when he returned to Arsenal in 2012 as a veteran striker but it was Lauren who was the most impressive with it.

Alexander Hleb wore 13 from between 2005 and 2008. Szczesny wore it for a single season and is currently vacant with David Ospina out on loan.

After Thierry Henry left Arsenal, it was a serious question amongst the Gunners faithful whether the club should retire the jersey number 14. He wore it for 8 seasons and ended up breaking almost every scoring record in the club’s entire history.

Theo Walcott succeeded the Frenchman and it is currently worn by the club’s record signing, Pierre-Emerick Aubameyang. 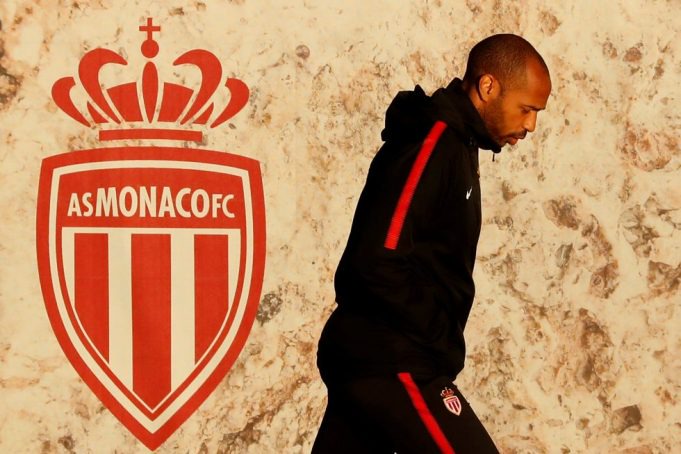 Ray Parlour made 333 appearances for the Gunners by wearing the number 15 from 1995 to 2004. Denilson and Alex Oxlade-Chamberlain wore it after the Englishman.

While Aaron Ramsey did take up the number 8 in recent years, it was with 16 that he truly made a name for himself at the Emirates. John Hartson, Stephen Hughes, Sylvinho, Giovanni van Bronckhorst and Mathieu Flamini were some of the other memorable figures to have worn the number. 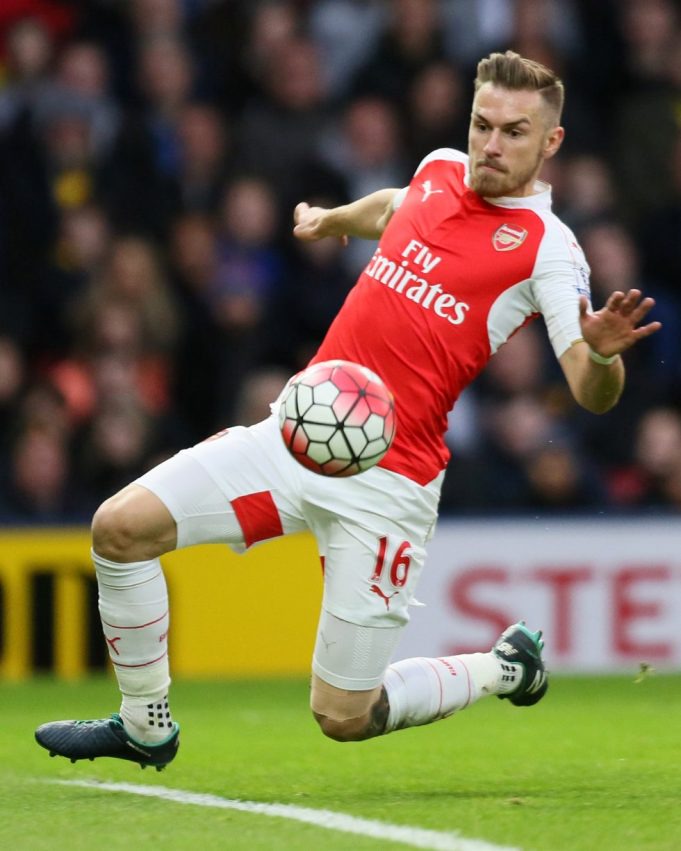 Alexis Sanchez impressed aplenty during his 3 seasons with the number 17 but Emmanuel Petit remains Arsenal’s best player with his particular figure. Alex Song and Nacho Monreal wore it in recent years as well.

Gilles Grimandi had on the jersey number 18 for 5 years at the Highbury. It was also worn by David Hillier, Steve Morrow, Pascal Cygan, Mikael Silvestre, Sebastien Squillaci and now Nacho Monreal.

Gilberto Silva wore 19 for 6 years and made 170 appearances. Jack Wilshere and Santi Cazorla sported it in recent times. 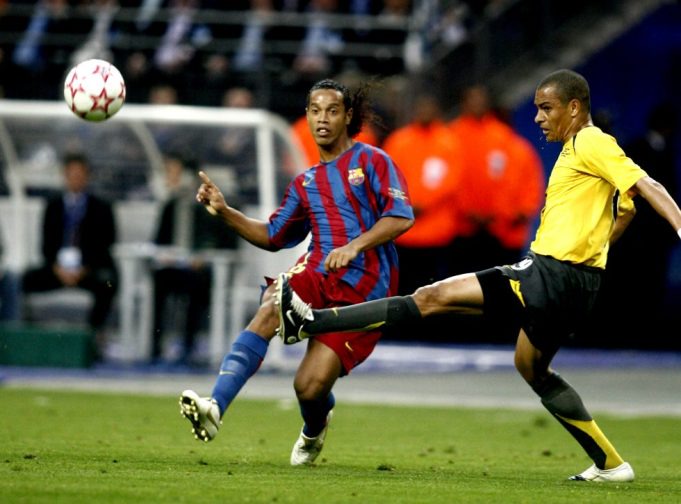 Mathieu Flamini had 2 stints with Arsenal. He returned in 2013 and chose the number 20 jersey. It was also worn by Matthew Upson, Guillaume Warmuz, Philippe Senderos and Johan Djourou.