Kai Havertz is reluctant to look for a scapegoat

Kai Havertz, Chelsea's playmaker, talked about their success in the Blues' squad this season. He openly acknowledges that he has not lived up to Chelsea fans' wishes. 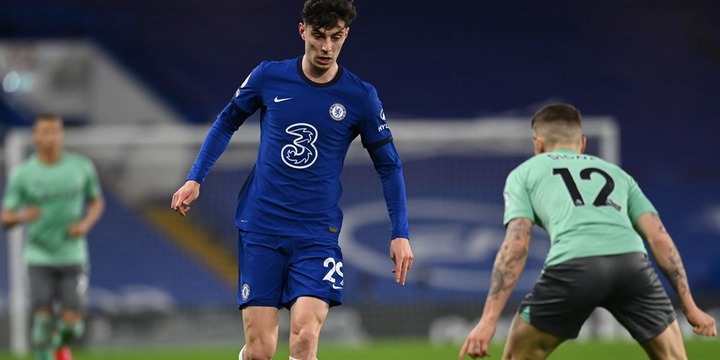 Havertz was one of Chelsea's summer acquisitions. He was signed from Bayer Leverkusen for a fee of up to 80 million Euros.

Despite a high price, Havertz's success has been disappointing thus far. He does not have the look of an 80-million-euro player.

Havertz vowed to work much harder to change his situation. "My condition has improved," Havertz said to Chelsea's official website.

Havertz claimed that he faced a variety of issues early in his career at Chelsea. But he needs to forget about it and is now concentrating on doing well for the Chelsea team.

"I have now recovered from the corona virus, and the last few weeks I have had an injury. But this is the time for me to play well,"

Havertz refuses to blame his poor results at Chelsea on the Corona virus or injuries. He claimed that he was now willing to work hard in order to become a player on whom Chelsea could rely.

"The situation is actually not easy for me, but that's not an excuse. I just need to keep working hard and hopefully my turning point will come soon," he said.

Thomas Tuchel really brought changes for Kai Havertz at Chelsea . Not only giving more minutes to play, but also providing a new role for the 21-year-old player.

Kai Havertz got so much spotlight since the start of the season. Understandably, he is the most expensive player in the club's history. Chelsea bought him for 80 million euros from Bayer Leverkusen.

Unfortunately, Havertz has not been able to perform as expected. He even had difficulty getting a place in the Frank Lampard era. Tuchel's arrival brought new hope for him.

Chelsea awaited a difficult test in the early hours. They will face Atletico Madrid in the second leg of the last 16 of the Champions League.