By OperaNewsSquad (self meida writer) | 1 months 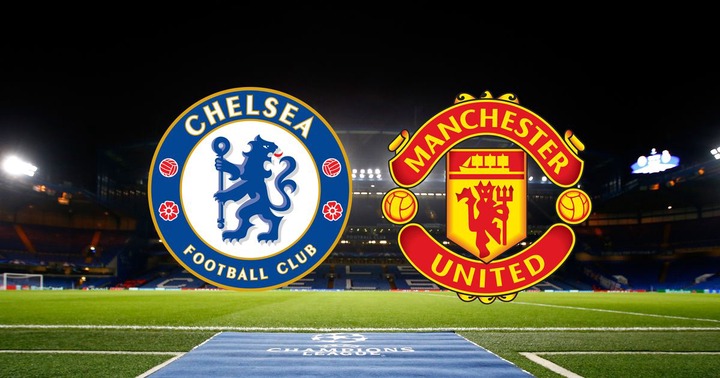 It’s Thomas Tuchel vs Ole Gunnar Solskjaer in the Premier League this weekend as the new Chelsea boss gets to test his mettle against Manchester United.

Since Tuchel took over at the Blues, the Stamford Bridge heavyweights have been in fine fettle domestically, and will be keen to build on their impressive midweek success against Atletico Madrid when they host United. 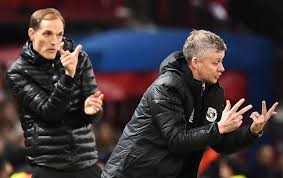 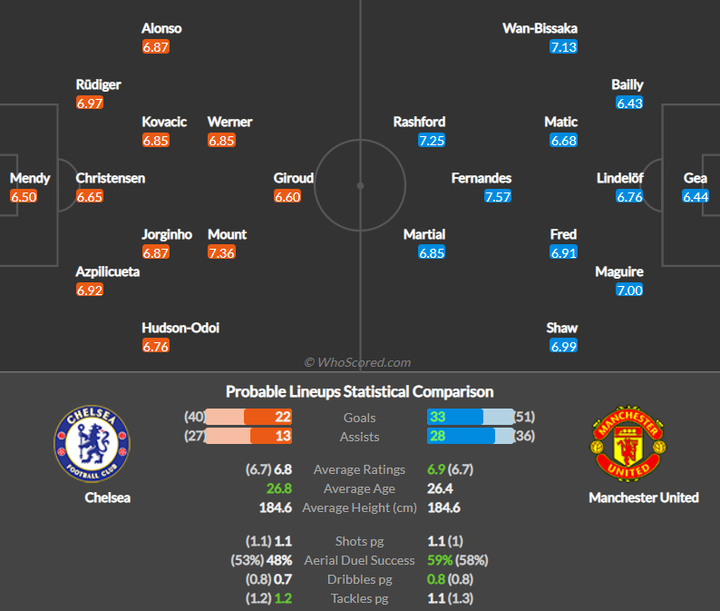 Thomas Tuchel earned his biggest victory as Chelsea manager in midweek as the Blues picked up a hugely impressive 1-0 win over Atletico Madrid. Tuchel has won six and drawn two of his first eight games in charge of Chelsea, with six clean sheets in that time.

Manchester United drew 0-0 with Real Sociedad on Thursday but were already through to the next round of the Europa League after a 4-0 first leg win. United are the only side in Europe's top five leagues yet to taste defeat away from home this season.

Ole Gunnar Solskjaer and Tuchel have met four times as manager and neither have ever won their home games. United twice won away to Tuchel's Paris Saint-Germain and Solskjaer lost both home games against the Parisiens.

Even though United are remarkable unbeaten away from home in the Premier League for over a year, you get the sense Chelsea are favourites heading into this one, particularly if Solskjaer is without some key central midfielders.

* Man Utd are undefeated in their last 19 away matches (Premier League). Man Utd win or draw1.66

* Man Utd have been winning at both half time and full time in their last 3 away matches against Chelsea in all competitions. Man Utd win/win5.50

* Man Utd have won their last 3 away matches against Chelsea in all competitions. Man Utd win3.40

* Man Utd have scored at least 2 goals in their last 4 away matches against Chelsea in all competitions. Over 1.5 goals1.28

* Chelsea are undefeated in 10 of their last 11 home matches (Premier League). Chelsea win or draw1.30

(For Manchester United fans, TAP HERE to join our brand new ‘Man UTD Fans Club’ and show your support to the Red Devils!)

(For Chelsea fans, TAP HERE to join in our brand new ‘Chelsea Fans Club’ and show your support on the Blues!) 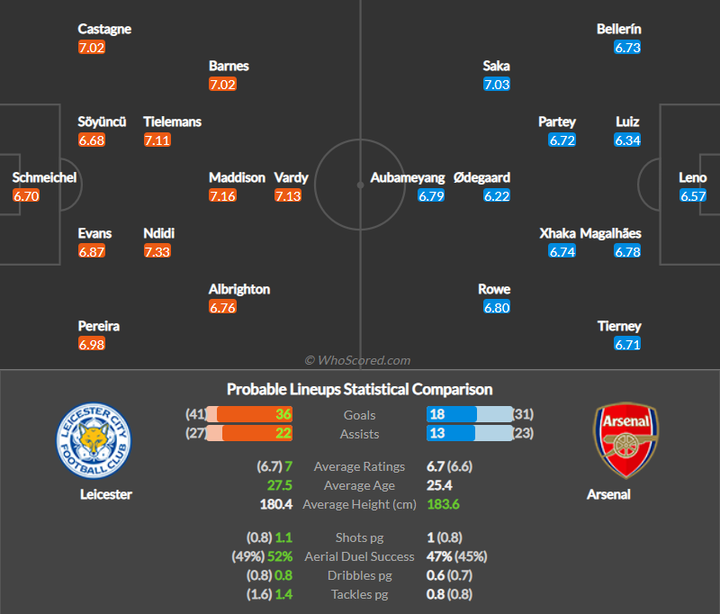 Leicester's 2-0 defeat to Slavia Prague ended a six-game unbeaten run. Each of Leicester's last three defeats have come at home.

Arsenal left it late but beat Benfica 3-2 to advance to the next round of the Europa League on Thursday.

Remarkably 15 points clear of Arsenal, Leicester are favourites for this one and will hope to capitalise on the fact Arsenal had to play their 'home' leg against Benfica in Greece on Thursday.

* Leicester are undefeated in 11 of their last 12 matches (Premier League). Leicester win or draw 1.40

(For Arsenal fans, TAP HERE to join our brand new ‘Arsenal Fans Club’ and show your support to the Gunners! COYG!) 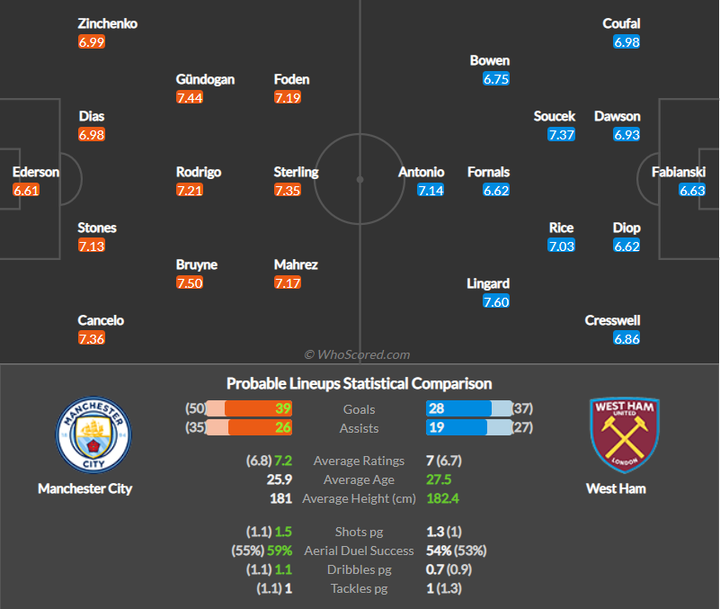 Manchester City are 10 points clear at the top of the Premier League and know there is a decent chance they can extend that lead with Leicester facing Arsenal and Manchester United travelling to Chelsea. However, City first need to win here and they can expect a really tough game.

West Ham head into the weekend in fourth place after last weekend's derby win over Tottenham. The Hammers have remarkably won seven of their last nine matches and will be pretty disappointed looking back on their defeat to Liverpool when you consider how poorly the champions have fared of late.

Unbeaten in their last 17 in the Premier League and on a 13-match unbeaten run, it doesn't look like anything will stop Pep Guardiola's side from reclaiming the Premier League title this season. The Wednesday night to Saturday lunchtime kick-off does make things more interesting here, however.

After some recent heavy defeats at the hands of City, West Ham managed a 1-1 draw in the reverse fixture back in October. The problem is only six opposition players have scored against City in the subsequent 20 Premier League matches.

* Man City have won 12 of their last 13 home matches against West Ham in all competitions. Man City win1.22

* Man City have scored at least 2 goals in 11 of their last 13 home matches against West Ham in all competitions. Over 1.5 goals1.16

(For Man City fans, TAP HERE to join in our brand new ‘Manchester City Fans Club’ and show your support on the Blue Moon) 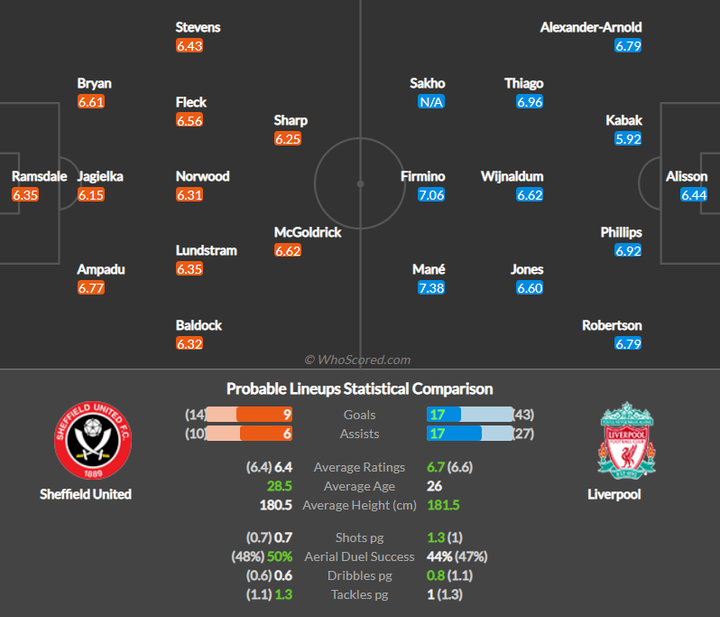 After signs of a resurgence, Sheffield United have lost three in a row and are 14 points from safety with a maximum of 39 left to play for.

Liverpool's tough run continued last weekend as they lost a Merseyside derby at Anfield for the first time since 1999.

Sheffield United (9) have remarkably picked up more points than Liverpool (7) in the Premier League in 2021.

Liverpool have lost four Premier League matches in a row for the second time in their history, and first since 2002. They haven't lost five league games in a row since 1953. Surely that won't happen here, will it?

* Liverpool have won their last 4 matches against Sheff Utd in all competitions. Liverpool win1.36

* Liverpool have conceded at least 2 goals in their last 3 matches (Premier League). Over 1.5 goals1.20

(For Liverpool fans, TAP HERE to join in our brand new ‘Liverpool Fans Club’ and show your support on the Reds! YOU WILL NEVER WALK ALONE!) 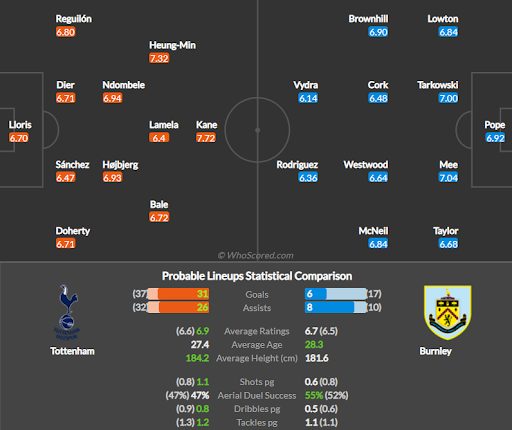 Tottenham eased into the next round of the Europa League, securing an 8-1 aggregate win over Wolfsberger. A 2-1 defeat at West Ham on Sunday, however, means they have lost five of their last six league outings.

Burnley were held to a 0-0 draw by West Brom over the weekend to extend their unbeaten run to four matches. However, the Clarets have won only one of their last six Premier League games, but have secured all three points in two of their last three away matches.

Spurs may be on a poor run domestically, but with a fine home record against Burnley, this one could end in a repeat of the reverse fixture that saw Son Heung-Min strike late on to earn a 1-0 win at Turf Moor.

* Tottenham have won 7 of their last 8 home matches against Burnley in all competitions. Tottenham win 1.53

* Tottenham have been losing at both half time and full time in 5 of their last 6 matches (Premier League). Tottenham lose/lose 11.00

That’s all for this week’s preview and predictions! Click here to post your predictions on ‘⚽Football is Life’ group in Squad!

If you have any questions and ideas, just feel free to leave a comment under this article! Always remember to love football, and find other football lovers on Squad!

tap picture to go to group

Tailors, Here Are Some New Styles To Sew This Week