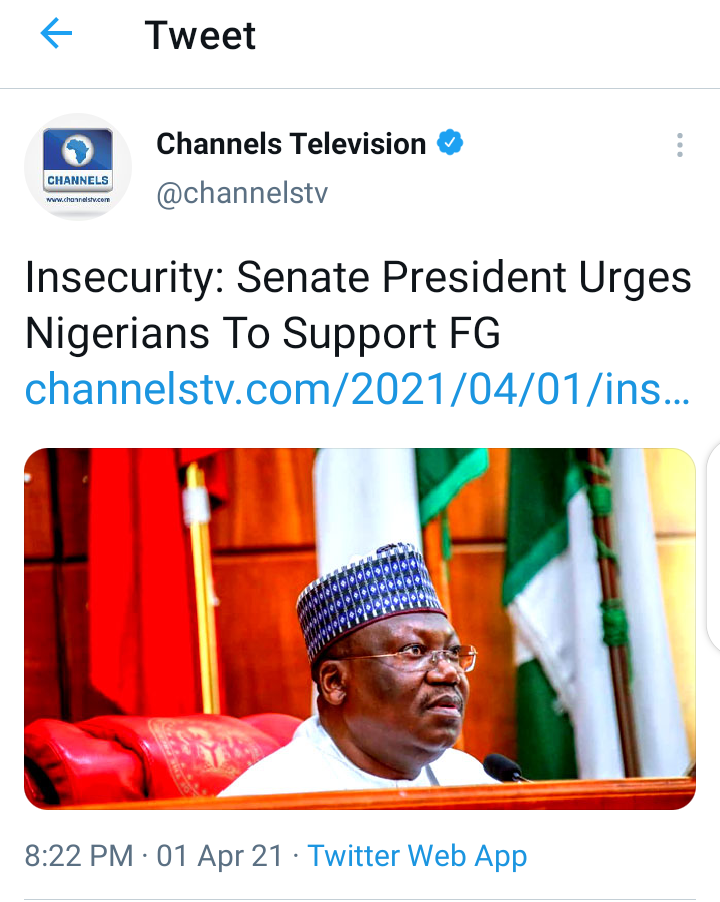 The President of the Senate, Ahmed Lawan has called on Nigerians to continue to support the Federal Government in its efforts to tackle insecurity and provide an enabling environment for the country’s economic growth.

He gave the charge on Thursday in his Easter message to Nigerians, assuring that the National Assembly will continue to work for the people in achieving peace in the country.

US Sends Strong Message To Russia 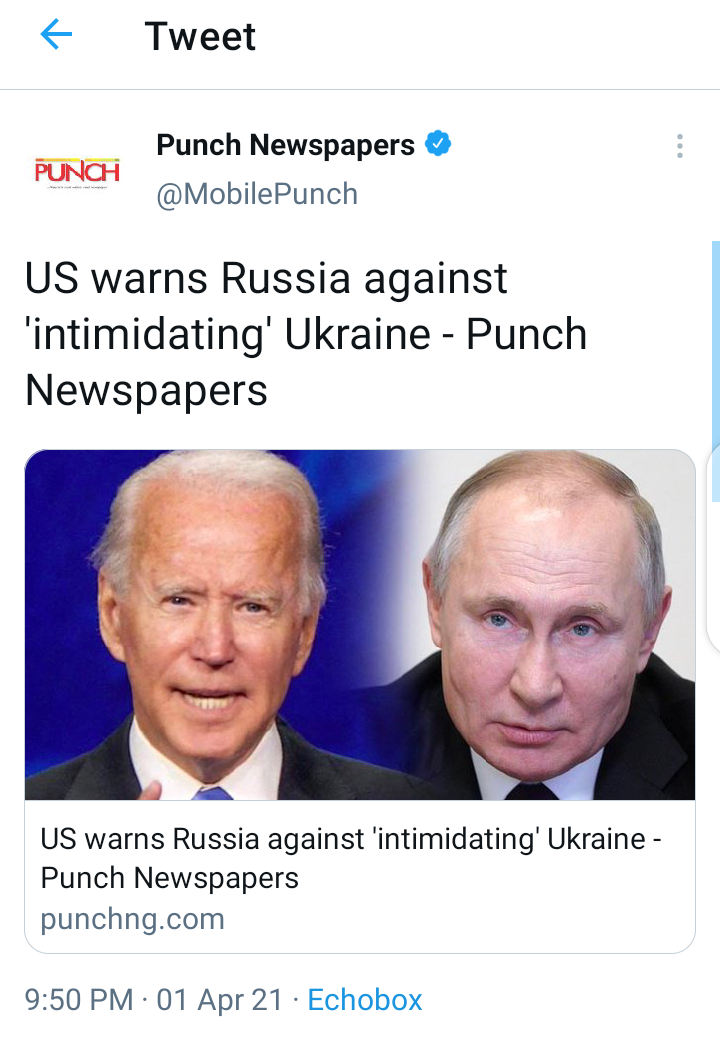 The United States on Thursday warned Russia against “intimidating” Ukraine, which said that Moscow has been building up troops on its border.

“What we would object to are aggressive actions that have an intent of intimidating, of threatening, our partner Ukraine.” 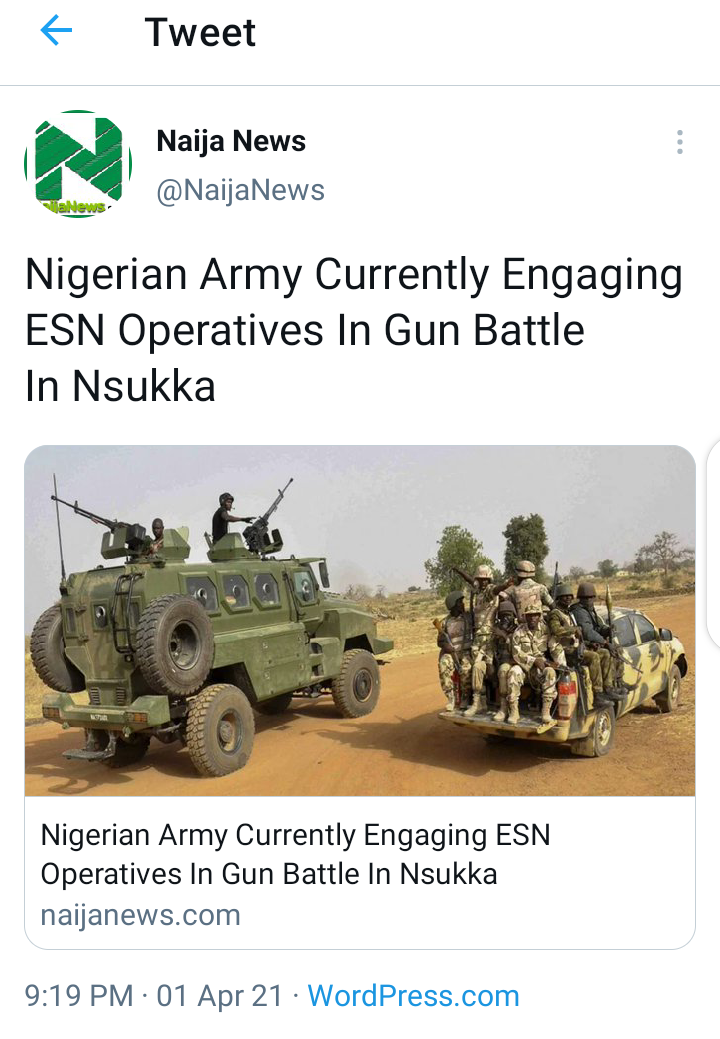 The Nigerian military are currently engaging in a gun battle with operatives of the Eastern Security Network in Nsukka town of Enugu State.

According to SaharaReporters, there has been tension in some parts of the town since Wednesday.

It gathered that troops took the battle to the suspected ESN operatives in their hideout. 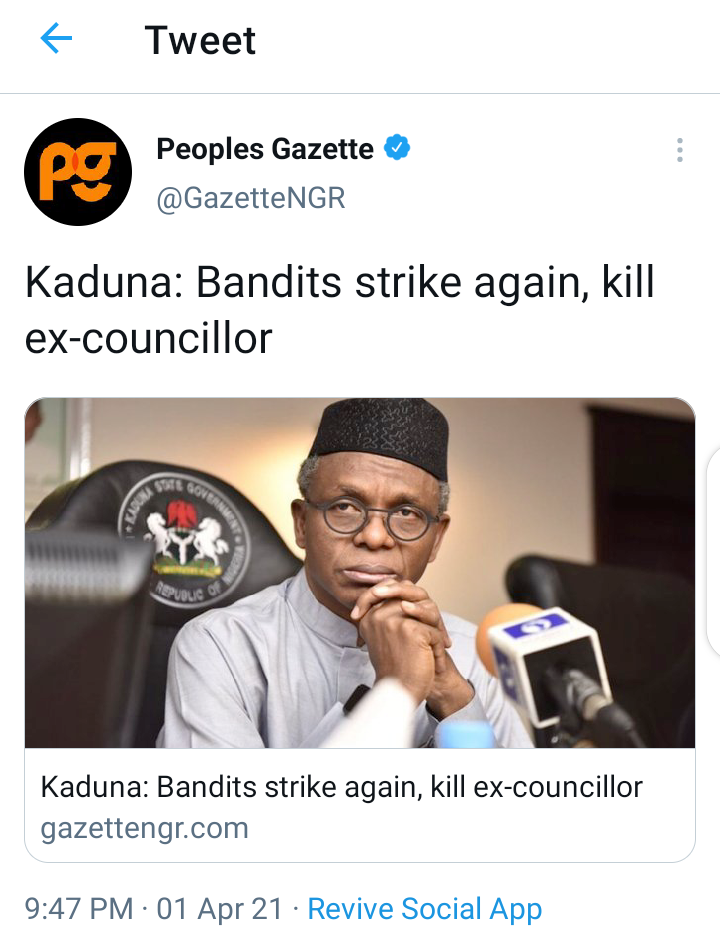 Kaduna State Government on Thursday said suspected bandits killed a former councillor and one other in Birnin Gwari and Kajuru Local Government Areas of the state.

The commissioner for internal security and home affairs Samuel Aruwan confirmed the killing in a statement issued to newsmen. 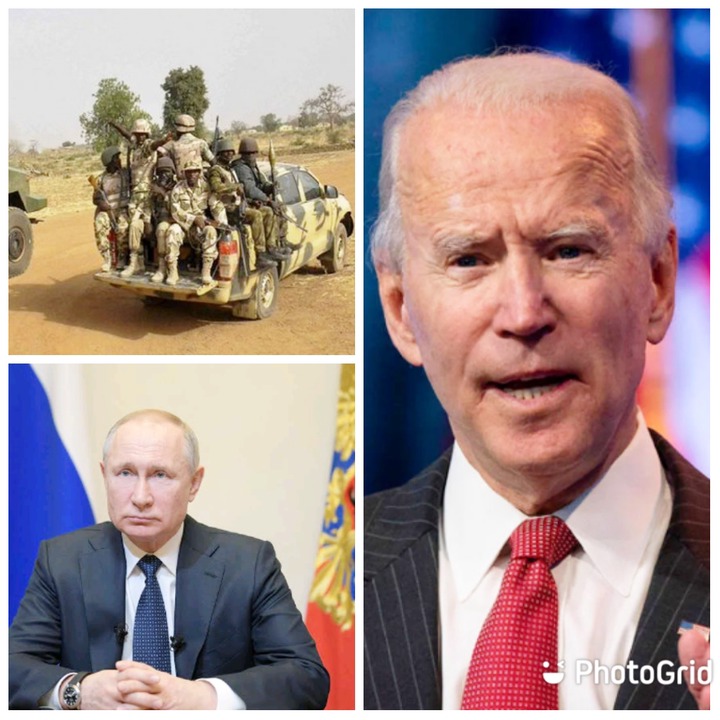 "Idris Deby Crushed The Opposition, Perpetrated Himself In Power & Lost His Life While Defending It"

Out Of The 12 Guns That Were Collected From The Slain Soldiers In Benue, See The Number Recovered

Throwback Photos Of Late Chadian President With Buhari, Macron And Other World Leaders

Elaborating On The Many Sins Of Dr. Isa Patami.