DJ cuppy again took to her Instagram to express her sadness as Manchester United lost to Chelsea in today's FA cup semi final match at the Wembley Stadium. DJ cuppy publicly denounced Arsenal for Manchester United, last month after Arsenal lost to Brighton, and might just be regretting her decision as Arsenal surprised a lot of fans by beating Manchester city, two goals to nil to secure a spot in the finals of the FA cup, while her new team Manchester United lost to the Blues by three goals to one.

Manchester United still sits fifth position on the premier league, and have a chance to move to a top four position if they win their next game against West Ham United. 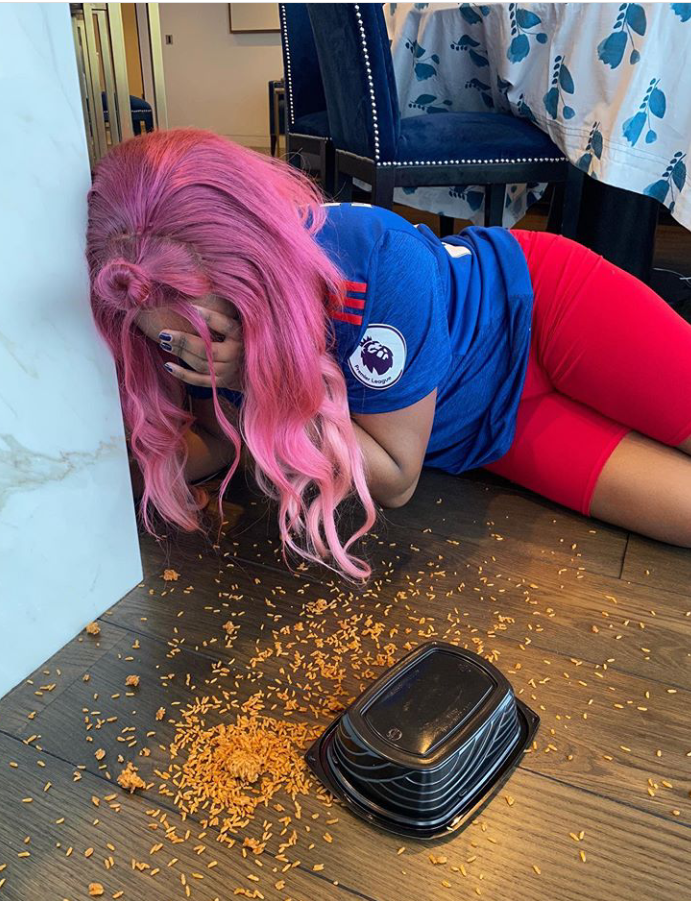 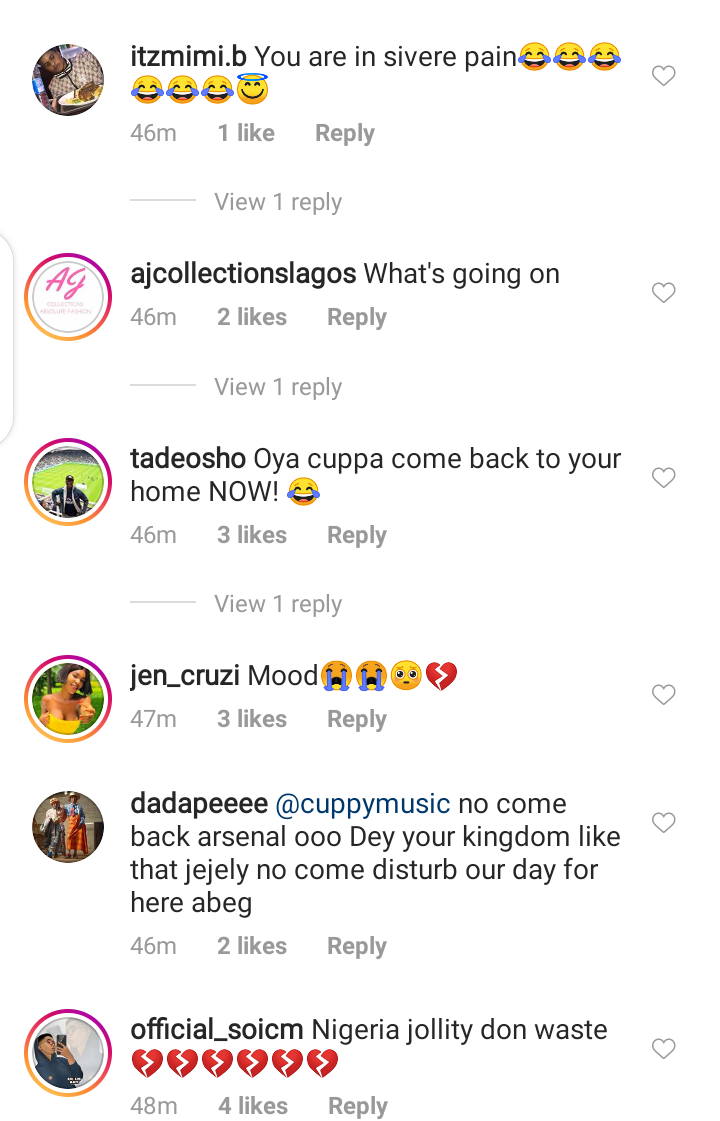 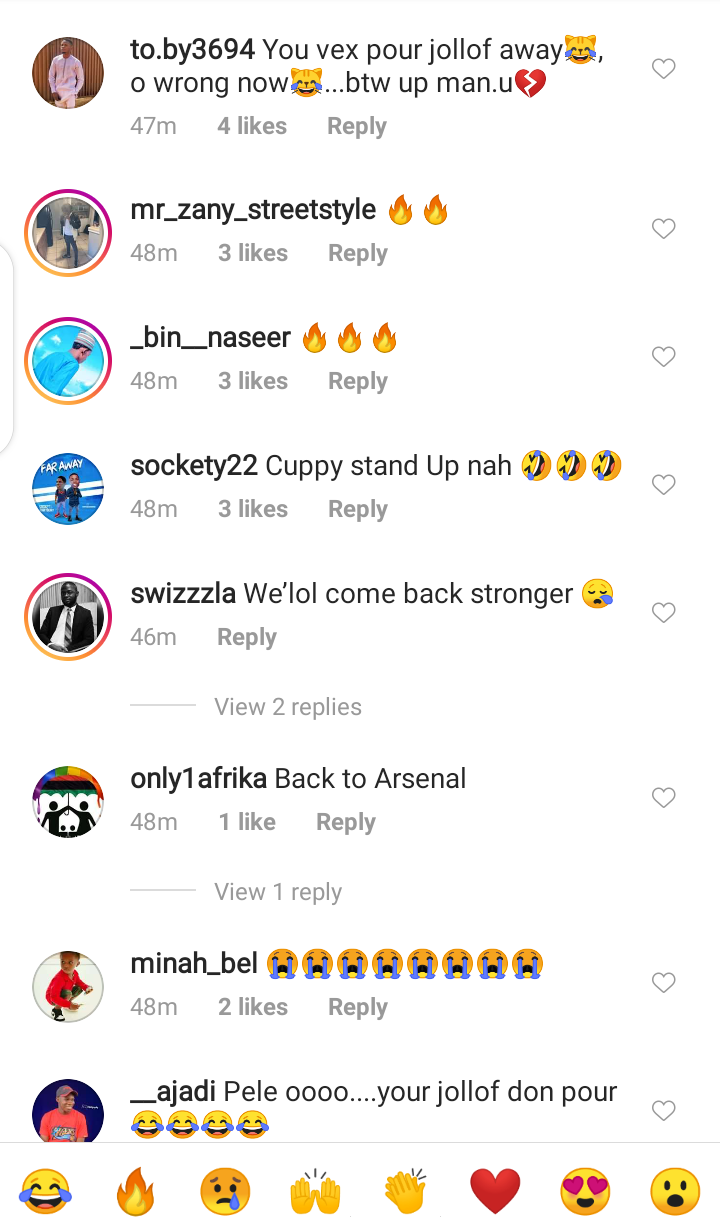 As usual her post drew attention from celebrities and fans. 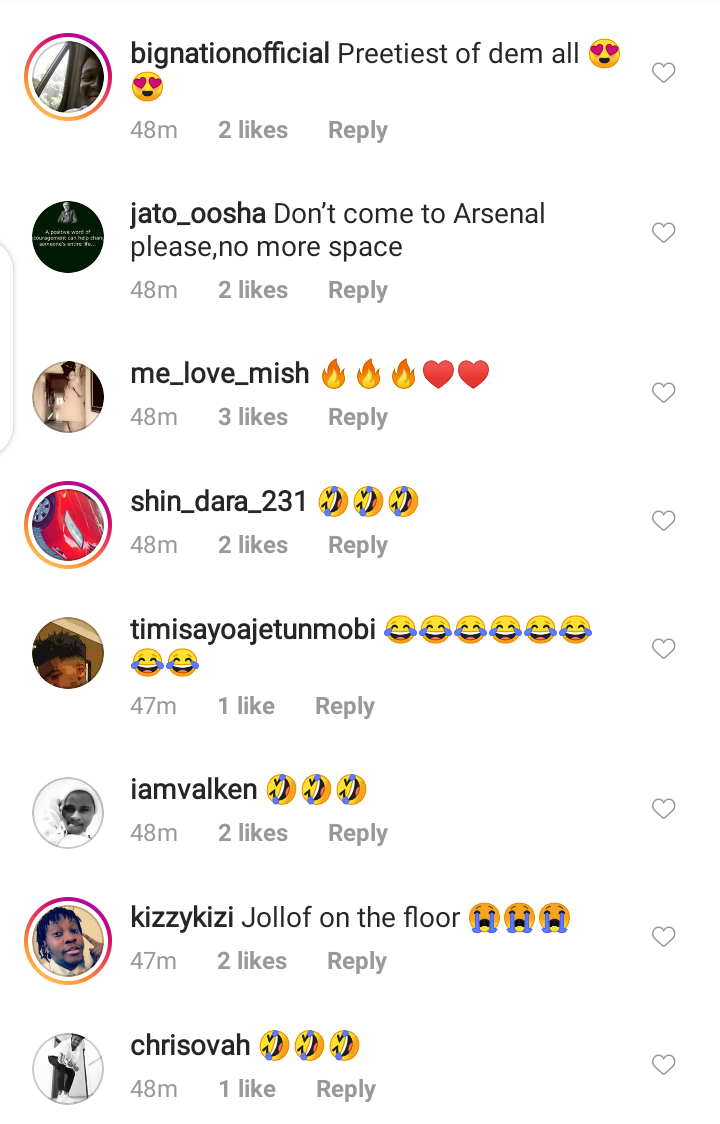 Some fans seemed more interested in her jollof rice on the floor than in her pain, other referred to Arsenal as her Ex boyfriend and Manchester United as her new boyfriend, saying her ex is doing better than her new boyfriend. Dj cuppy is one female celebrity who always take away opportunity to express her love for her club and the beautiful game of football.