Cuppy who has been a firm and vocal supporter of the London club described her relationship with the club as ‘toxic’ and vowed to switch sides if the club did not return to winning ways. After the Gunners lost at Brighton & Hove Albion, she severed ties with the club as she posted a rather emotional break up video.

Manchester United consequently welcomed DJ Cuppy to the club on their official twitter page amidst celebrations from United fans worldwide.

Since then, Arsenal fans are notorious for throwing digs and shades at her. Most especially after the win FA cup win against Manchester city which could see Arsenal, Cuppy's old club go against Manchester United, her new club, in the FA Cup final should Man U see past Chelsea in the semi final. 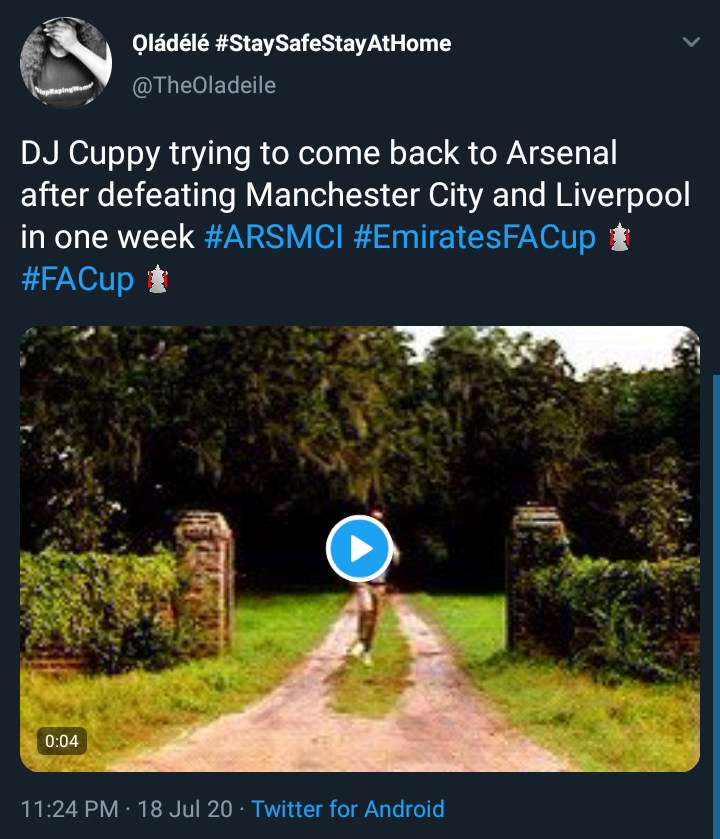 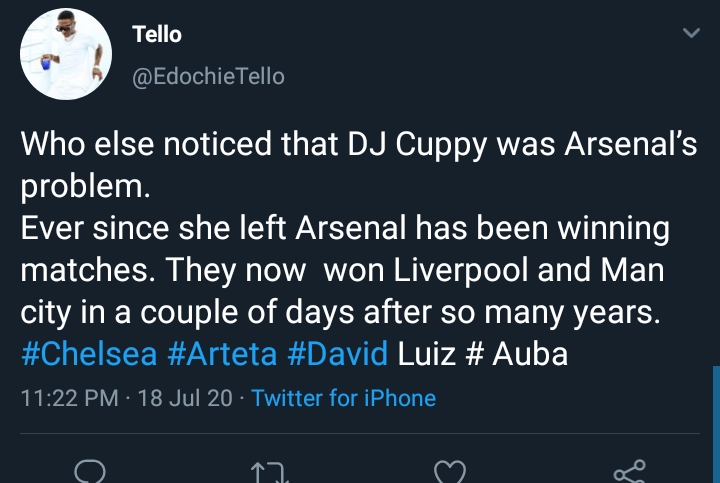 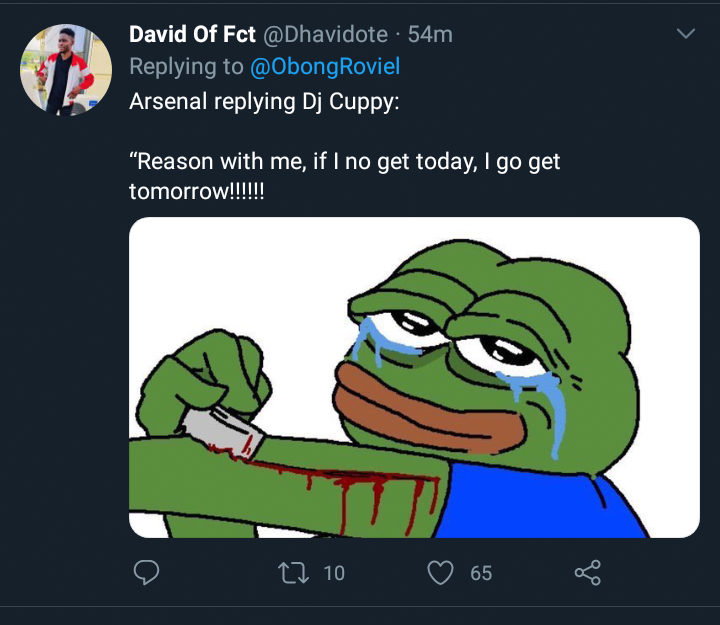 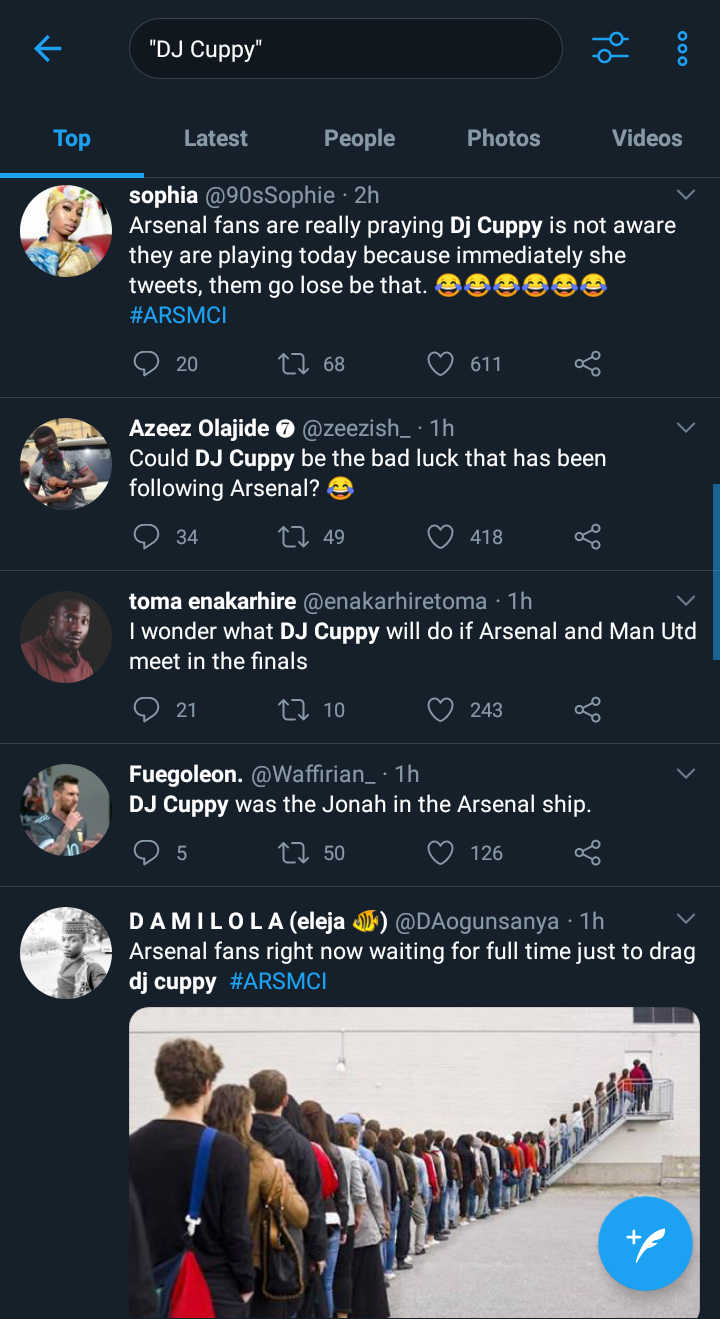 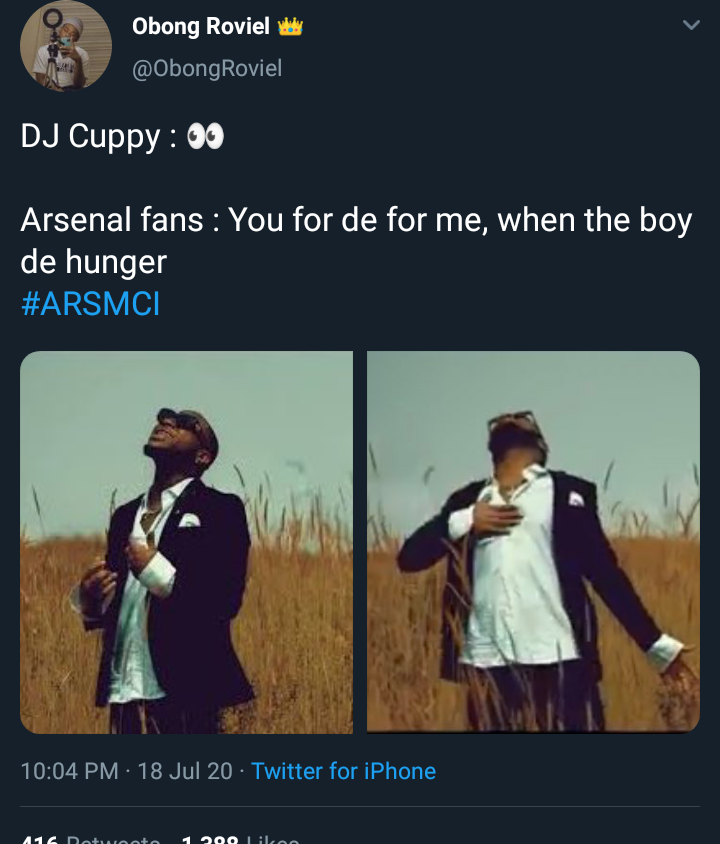 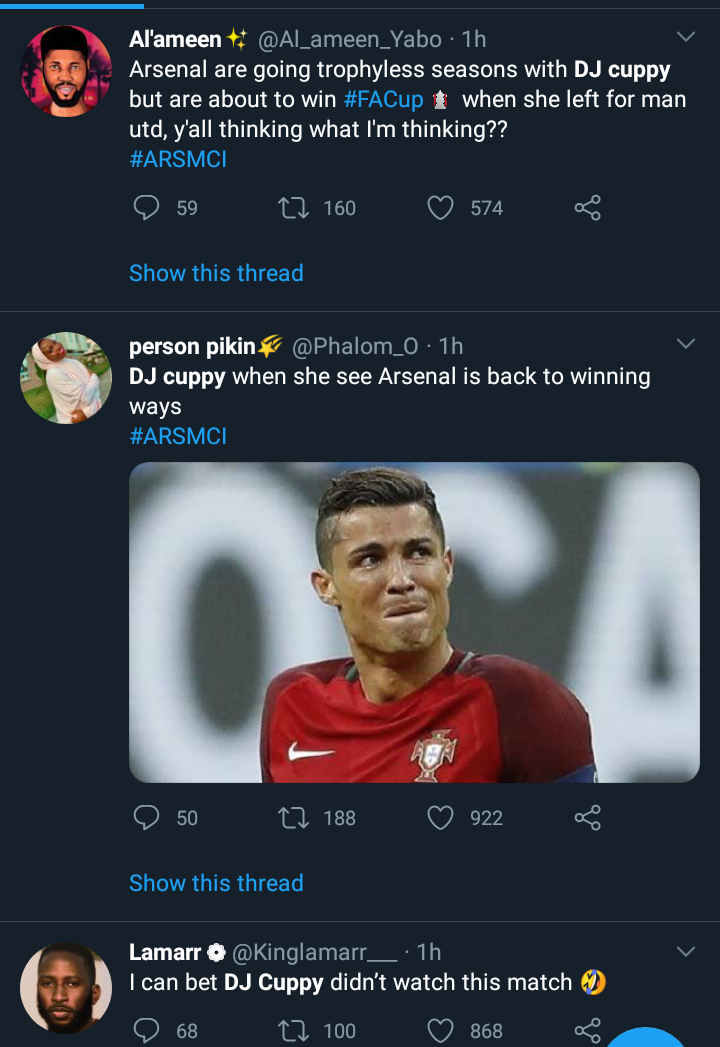