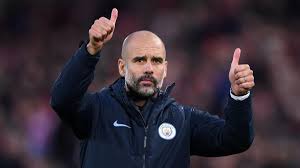 Manchester City played against Borussia Dortmund last week in their UEFA champions league quarter final and won but the tie is still open, because if they should loose to Borussia Dortmund by one goal to nil, then Dortmund will go through to the semi's.

Manchester City coach Pep Guardiola has to warn his players of the threat Jude Bellingham can cause.

Jude Victor William Bellingham ( born 29 june 2003) is an English professional footballer who plays as a midfielder for Bundesliga club Borussia Dortmund and the England national team. 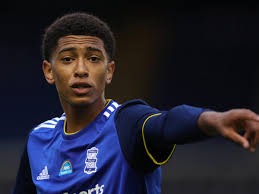 Bellingham joined Birmingham City as an under 8, became the club's youngest ever first-team player when he made his senior debut in August 2019, at the age of 16 years, 38 days, and played regularly during the 2019/20 season. He joined Borussia Dortmund in July 2020, and in his first competitive match became their youngest ever goalscorer.

He represented England at under 15, under 16, under 17 and under 21 levels and made his first appearance for the senior team in November 2020.

Check Out 2 Celebrities Who Grew Up In Orphanage Homes