By erictimelessbeauty (self media writer) | 17 days ago 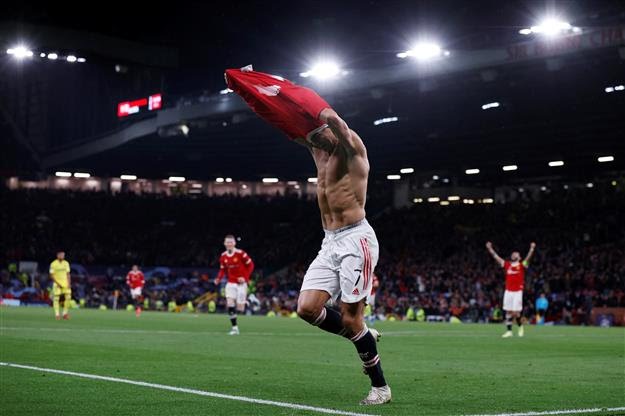 It is almost a norm for a player to remove his shirt in the heat of passion to celebrate a very important goal but that is not a habit FIFA encourages. In fact, it is an automatic yellow card anytime any player does that.

Christiano Ronaldo cannot be said to be in the habit of doing that but on a few occasions, he has removed his shirt to celebrate important goals and there are at least two occasions when in so doing, he inadvertently hurt the interest of his team. 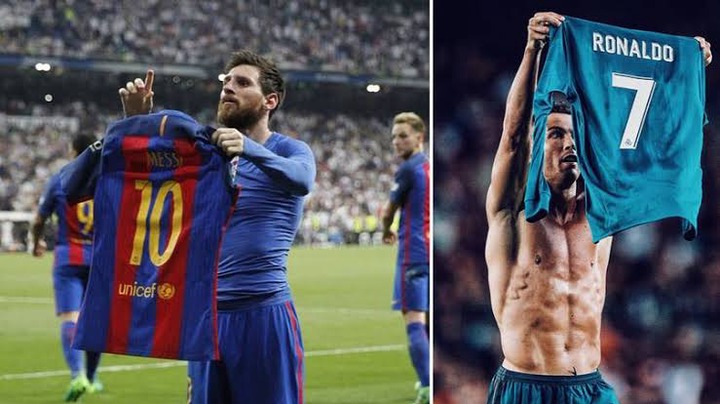 The first occasion is the most ironic one and it has to be said that Ronaldo was left looking like a fool. It was El Classico in August, 2017. It was the Spanish Supercup and Real Madrid was facing Barcelona. The season before, Leo Messi had scored a dramatic winner in Santiago Bernabeau ending the match 2-3 in favour of Barcelona but it was Messi's "iconic" celebration that hurt Real Madrid the most.

Taking off his shirt, Messi showed the Bernabeau fans his number as if to say "Mark that number!" This offended many Real Madrid fans so it was retribution in August 2017 when 32 years old Ronaldo snatched a winner in the next El Classico. Ronaldo's goal made it 2-1 and with a touch of sarcasm, Ronaldo removed his shirt to hold up the number. In fact, he was mocking Messi and the Barcelona fans but it backfired! 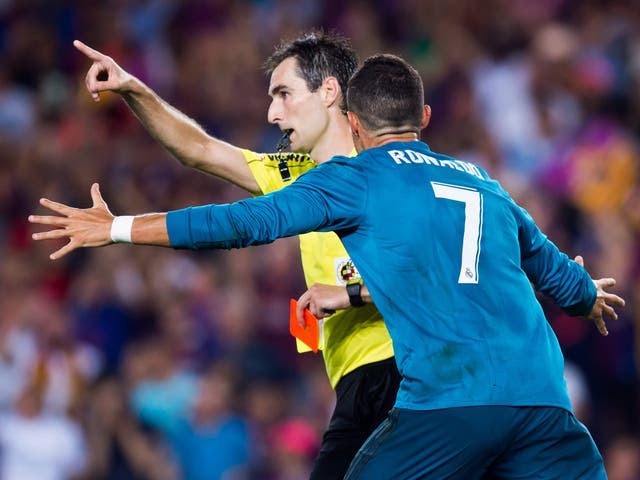 Ronaldo was later in the match adjudged to have taken a dive in a bid to con the referee and for this, he was harshly given a second yellow card for simulation. This added up to a red card and Ronaldo had to be sent off. Out of frustration, he pushed the referee and in the end, he was handed a five match ban! Thus did a cynical goal celebration boomerang and hurt Real Madrid immeasurably in the long run. Was it worth it?

The second occasion where Ronaldo's removal of his shirt to celebrate had hurt his team's interest was not as dramatic. The incident took place during the 2016 UEFA Euro Cup winners' World Cup qualifier at Estádio Algarve on September 1 for which Cristiano Ronaldo received a one-match suspension. Ronaldo had equalised at the 89th minute and scored the winner in the 96th minute! After the second goal, he removed his shirt to celebrate. 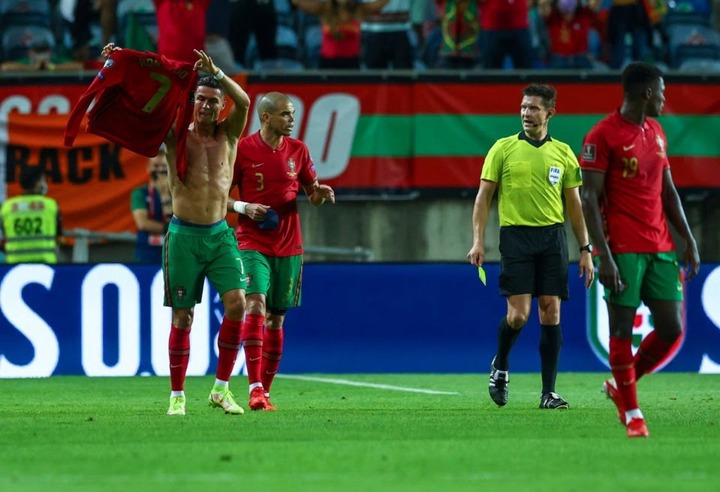 Ronaldo himself admitted that he should not have taken off his shirt as the resultant yellow card saw to it that he missed the next match against Azerbaijan. Portugal however won their next qualifier comfortably even without Ronaldo.

With Ronaldo recently yanking off his shirt against Villarreal maybe it is a good time to review this habit. Manchester United may lose their top man to suspension if he gets another yellow card in the Champions League and this will hurt the club's interest. There are many ways to celebrate a goal without getting booked.