The Worst Jinx In Football That Remains Unbroken, Check Out The Club Side That Lost 10 Final Matches

By Nwanna (self media writer) | 1 year ago

One of the best clubs going by their never say die attitude, they have ten FA Cup final without a win. Of the ten, six was back to back. The club is Mighty Jets of Jos. The last time the club played in the Nigerian Premier League (NPL) was in the year 2004 where the team finished at the bottom of the table. The club was subsequently relegated to the lower division and since then have not found its way back to the NPL. 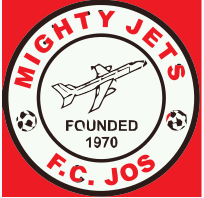 Their first loss in the FA Cup finals was in a match played against the Lagos Railways where the club lost 3:2. This was in 1951.

When the club went home with the consolation of Silver Medal thinking that something good was in the offing, little did they know that they were going to play second fiddle to other clubs?

Eleven years after, the club qualified again to play in the final. This time it was another opponent, the Police FC. The match ended in a one-nil against the Jos side. This was how the jinx continued and stretched to five consecutive losses. The other five were against Port Harcourt FC and it ended one-nil against them. The next was against Lagos Railways again. Just when the club planned to enact revenge on the 1951 loss, they went to see another 3:1 loss. Mighty Jets did not give up as they moved on and qualified for another final in the preceding year. This time it was another Lagos club, Lagos ECN. The outcome was a repeat of the previous year score of 3:1 in favour of the Lagos side.

The next year the club bounced back again. This time it was another Western club again. And again Mighty Jets lost making it a five straight loss. Still nursing the pain of the previous losses, they qualified again to play against Stationery Stores of Lagos in the 1967 finals. The Westerners took the day again as they beat the Jos team 3:1.

Mighty as they are, they only endured the pain for two years and came back tougher in 1970. They qualified for another final. This time it was a Lagos club that they had earlier met in 1965, Lagos ECN. It was still a repeat of that last score of 3:1 in favour of Lagos ECN.

No more consecutive final, Mighty Jets bounced back again in 1972. They met another South South side, Bendel Insurance. Tried as they might they settled for a 2:2 draw. The match headed for a penalty and it was the Bendel Insurance team that carried the day.

The dauntless Jos side who never give up even when the odds of winning is not on their side continued to press on. Still breathing tough, they waited for 1973 to launch another attack but that year there was no FA Cup in Nigeria. In 1974, the Jos team dazzled again and qualified for the final. This time it was an Eastern club they met, Enugu Rangers which is called the galloping antelope. The Jos side did all they could to take advantage of the newcomer (as it was the first final for the side) but to no avail. The match ended at 2:0 in favour of the Enugu side.

In all this, the competition was called the Challenge Cup.