By Akinsports (self media writer) | 12 days ago

One of the most complicated relationship in world football history was that of Pep Guardiola and Yaya Toure. Every one knows both individuals have never been in good terms although they never talked about it when they were together. It was later on that Most of the reasons for their sour relationship was revealed. Here are series of Events that led to their bad relationship. 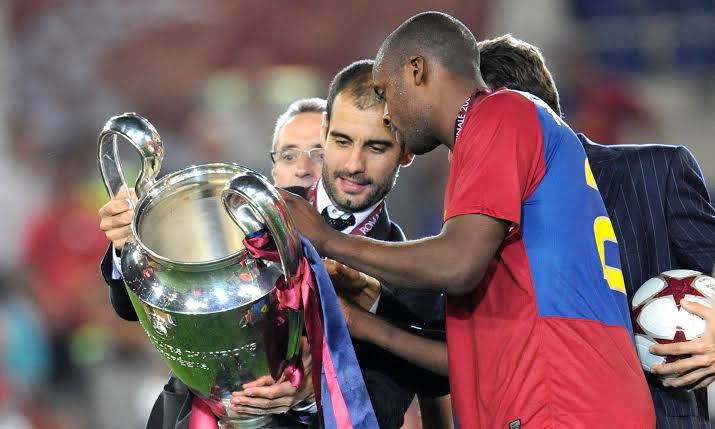 Toure and Pep first crossed paths in Barcelona. Toure arrived in 2008 and was part of the Barcelona starters under Frank Rijkard. Pep however arrived one year later. No doubt, Guardiola is the most successful manager in Barcelona history, winning 6 trophies in his first season. However, Pep has often been accused of exerting much dominance over players. Maybe that was why players like ibramovich who has a high self-esteem did not survive under him. 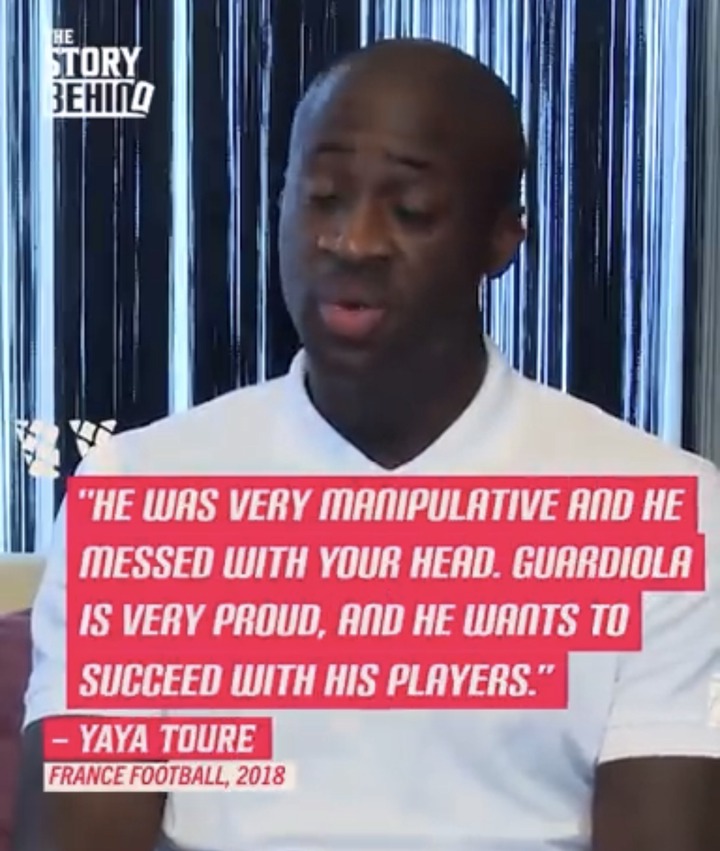 Back to Toure. The Ivory Coast man did not understand Pep's attitudes towards him. Guardiola preferred Busquets and even used Keita when he was not available. Two years later, Toure left Barca to join Man City. According to Toure, Guardiola did not talk to him for almost a year before his departure. It was as if he was avoiding him. Later on, Toure revealed that he sometimes thought it was because of his skin color. 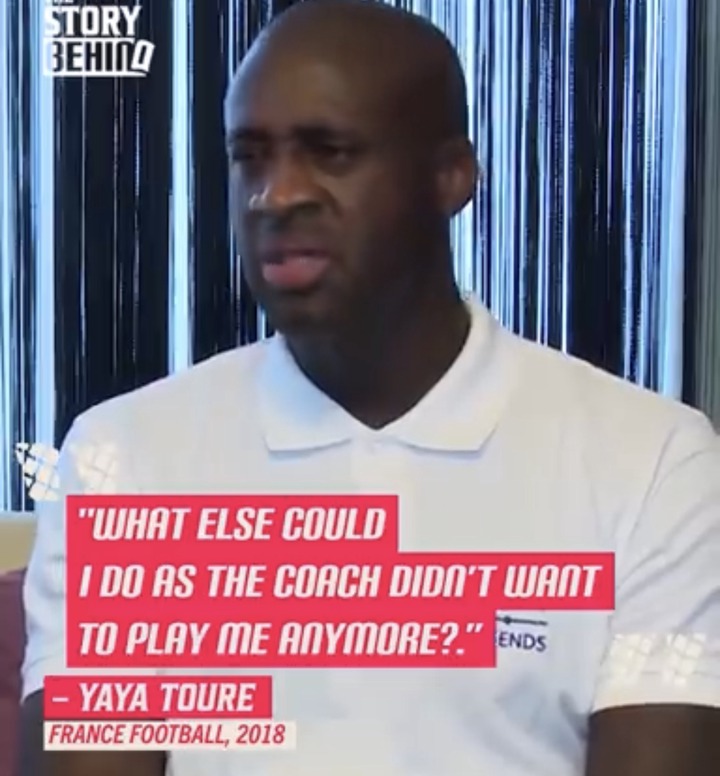 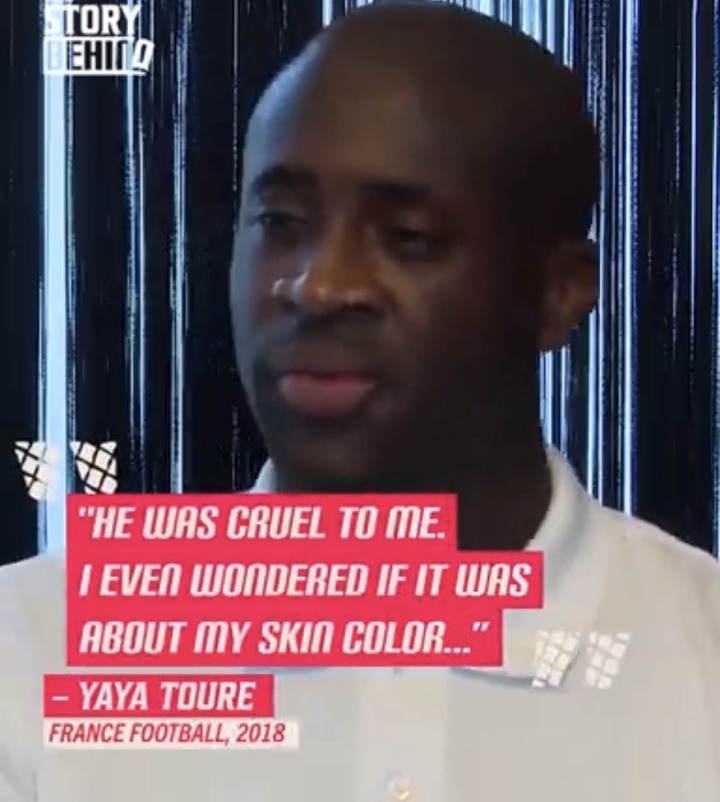 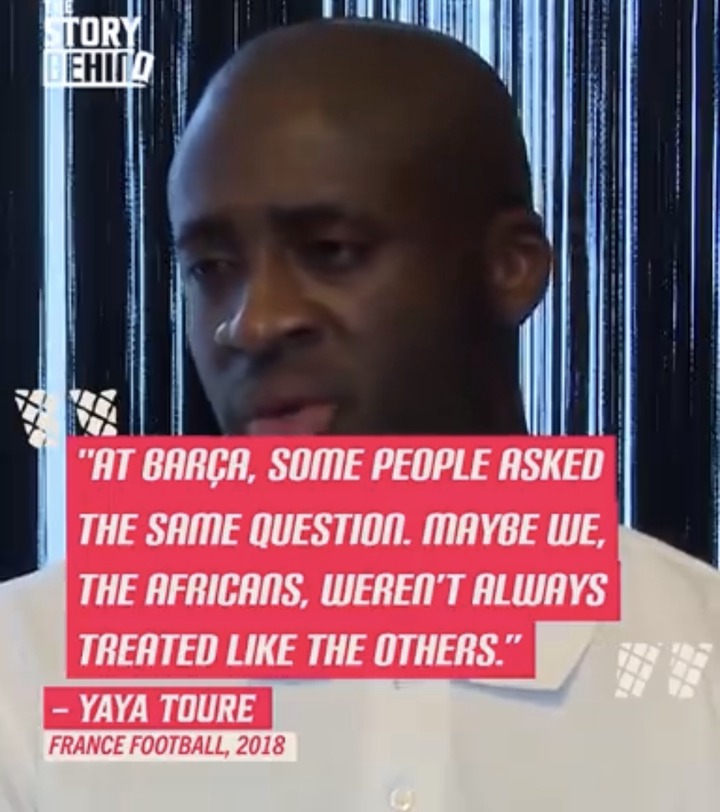 Toure joined Man City and the story of both the club and Player changed. He became the backbone at which the club success was built.

A few years later, Guardiola joined Manchester. Everyone thought the situation will be different with Pep even praising the African Star in a press conference. Things however did not change much as Toure could only muster 48 games for Man City under Pep appearing as a substitute in 1/3 of them. 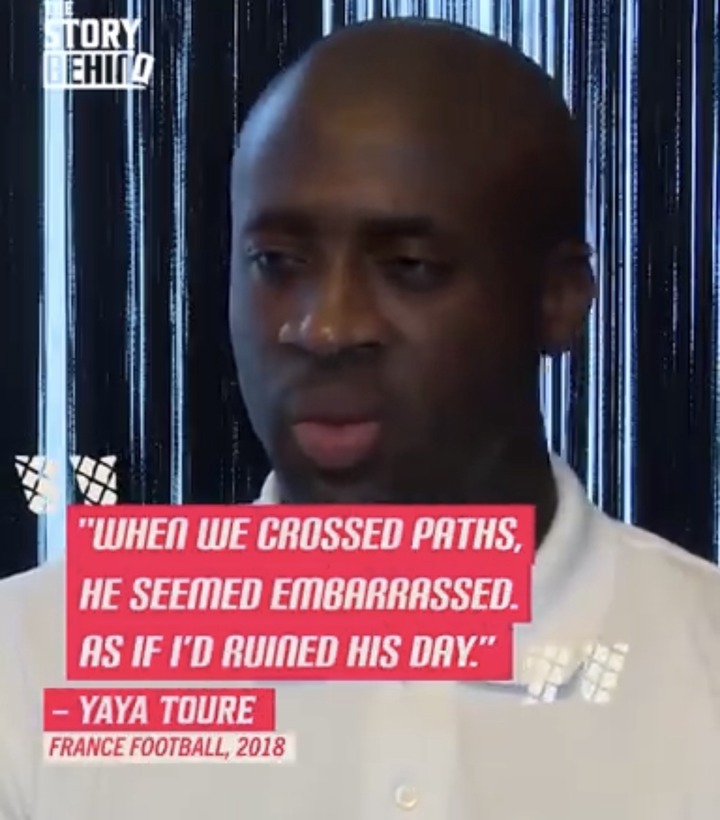 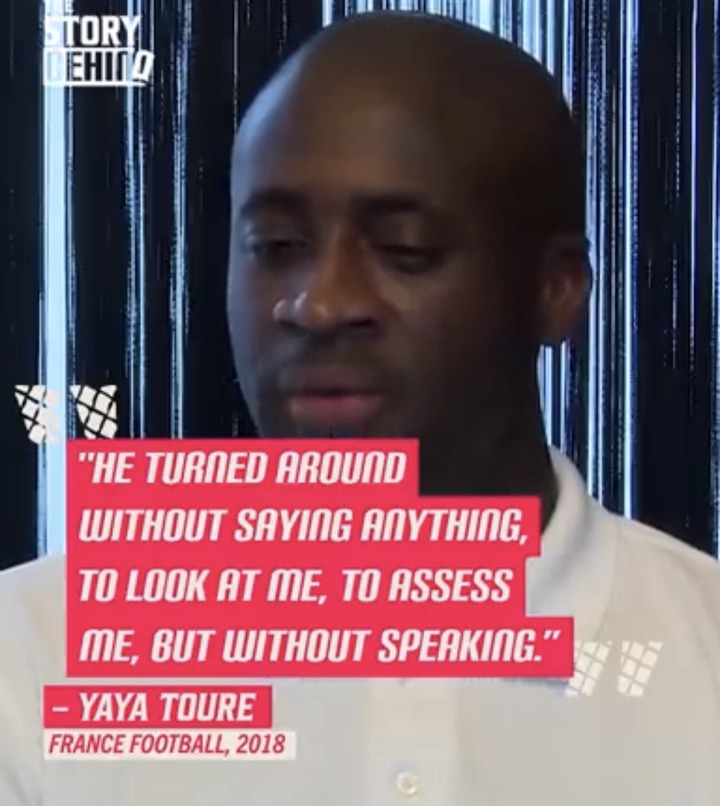 According to former Man City star Gael Clichy, Guardiola was always complaining about the player's weight. Every player must not exceed a certain weight limit. Pep however denied this in an interview. He said he never said Toure to was overweight but only wants his players that be fit. Toure eventually left City once more, Although not as he wished being the Legend he was. It was in 2018 that Toure revealed most of these events. He even said Guardiola has a problem with all the African players he has managed. 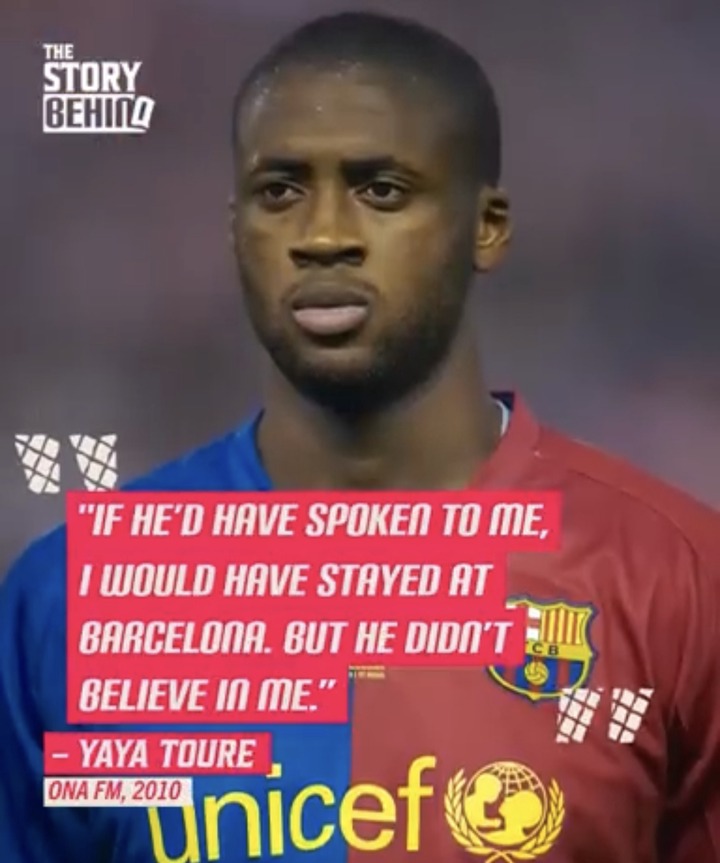 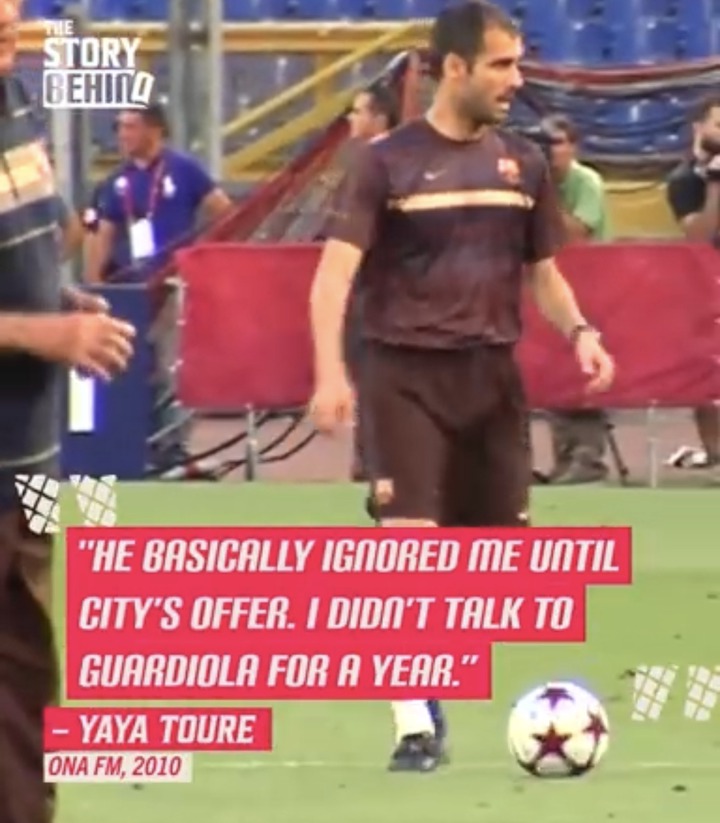 In April 2021, Toure apologized for the statements he made back in 2018 painting Guardiola as a racist. He revealed that he has written the club and Pep to apologize but no one has replied him till date. 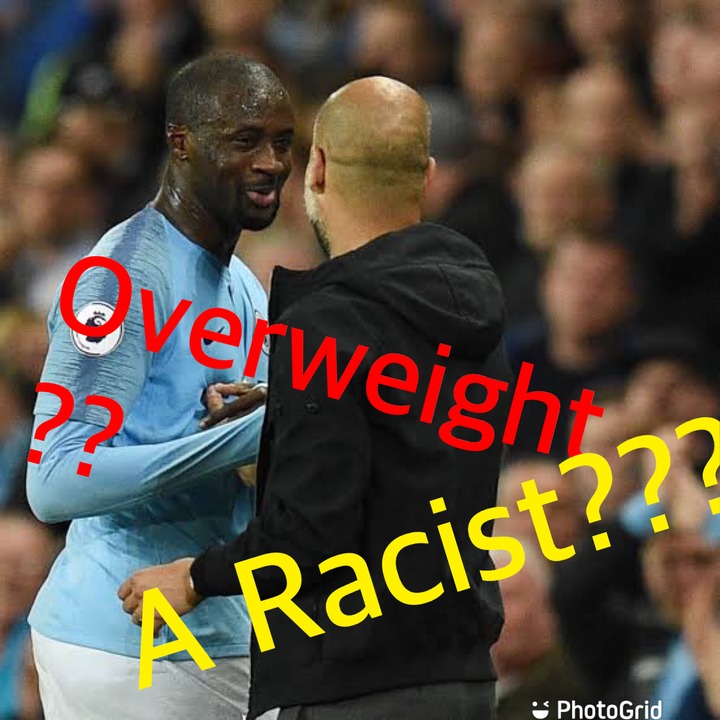