Super Eagles of Nigeria star Samuel Chukwueze was outstanding for Villarreal football club on Wednesday night, as he came from the bench to score his first ever goal in the UEFA Champions League in their 4-1 away victory over Young Boys FC. The 2015 FIFA under 17 world cup winner has missed a lot of games for club and country this season, having suffered an injury against Arsenal football club of England last season in the UEFA Europa League game.

The Nigerian international returned to Villarreal football club's training last week, and he was able to play his first game of the season in their 2-1 home defeat to Osasuna football club on Sunday night. Coach Unai Emery started Lagos-born star Arnaut Danjuma ahead of Samuel Chukwueze and he was able to impress for the team after he was introduced to the pitch towards the end of the game.

Samuel Chukwueze was introduced to the pitch in the 89th minutes of the game and he was able to score a fine goal for the away team. 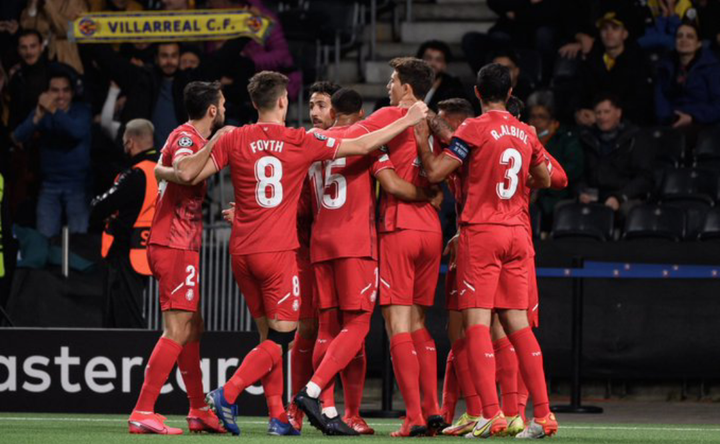 Spain youngster Yeremi Pino opened scoring for the away team in the 6th minutes, and Gerard Moreno doubled the lead in the 16th minutes to end the first half 2-0.

Congo star Meschack Elia made it 2-1 in the 77th minutes and Alberto Moreno extended the away team's lead in the 88th minutes, before substitute Samuel Chukwueze scored the last goal of the game in the 90th minutes to end the match 4-1. With Samuel Chukwueze's last minute goal, it means he has scored his first ever goal in the UEFA Champions League in his debut game in the competition.

The Nigerian international will now be looking forward to building on his impressive form when the Yellow Submarine club play their next game this weekend.