Manchester United was defeated by Leicester in the Premier League yesterday. It was the second defeat this season after they lost to Aston Villa. These are the talking points from yesterday's game 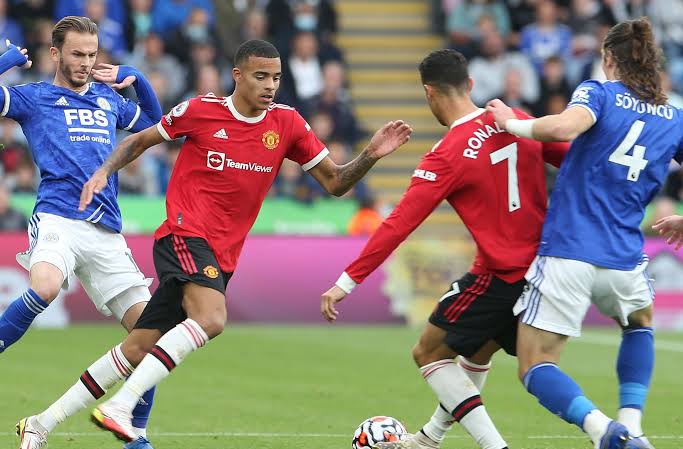 1. Greenwood's a wonderful goal from outside the box: the youngster put Manchester United in front with a good ball, and the Leicester City goalkeeper could not save the ball. He is just 20 years old and he is already showing what he is capable of. His goal might be nominated for goal of the week. Brendan Rodgers also praised the England winger for that goal, but after that, he seemed to be lost in the game and failed to make a positive impact. He also attempted to score that kind of goal, but he couldn't hit the target.

2. Maguire losing his focus and making Leicester players dispossess him: Leicester's first goal was an absolute disaster. From the beginning of the game, he failed to stop Ihenancho, who disturbed the Manchester United captain a lot. You can not blame him, but he could not train with the team for 24 hours before the game and Ole believes he should have started putting Bailey on the bench. Maguire couldn't even make some important clearances that led to the 4th goal.

3. Rashford's equalising goal after Leicester second goal: He immediately made an impact when he came in and scored a beautiful goal for Manchester United. He made the run and Evans could not stop the shot. He has been looking forward to returning since the league began in August. Solskjaer should have removed Ronaldo and put Greenwood in the number 9 position and Rashford on the right-wing.

4. Vardy Goal After Receiving The Ball From Ayoze: After Rashford's goal, Manchester United's floppy defence left Vardy as a free man, but Maguire and Lindelof followed Ayoze after Wan Bissaka was not able to stop the player. De Gea had no chance to stop the volley, and it was a similar goal to Greenwoods'. Manchester United have failed to find a better solution to their defence and they have conceded cheap goals that were not meant to be scored by them.

5. Ronaldo And Pogba Poor Performance: Cristiano Ronaldo did not seem to be at his best against Leicester yesterday and found it hard to score against three centre backs. He tried his best, but he is 36 years old, and there are limits to his performance. They failed to deliver a lot of passes to him for him to score. The performance Paul put in the Nations League was completely different from yesterday's. He lost possession easily and could not stop a counter-attack from the opponent. He received a yellow card in that game.