Spain star Inaki Williams has set a new record after making an appearance for Athletic Bilbao football club against Deportivo Alaves FC on Friday night in the week 8 of Spanish Laliga Santander. 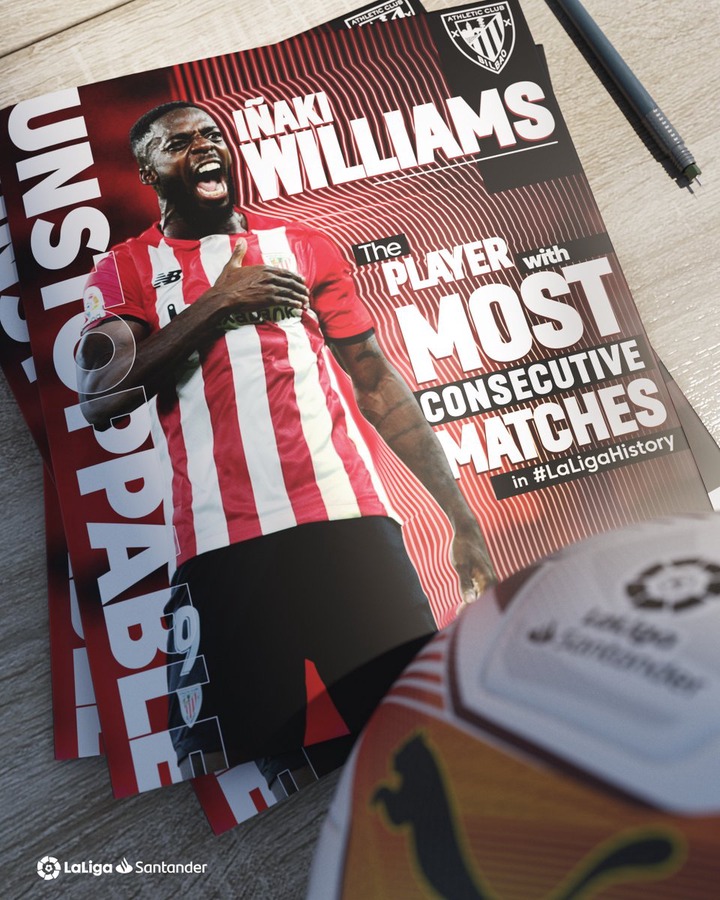 The 27 years old has been exceptional for the Spanish club since making his debut card for them in the 2014/2015 season, and he has been able to cement his spot in the team's first eleven since then.

Coach Garcia Toral Marcelino gave Inaki Williams another starting role against their opponent on Friday night, and he was able to make record in their 1-0 home League match victory. Since the start of 2016/2017 season, Inaki Williams has become a regular player in Athletic Bilbao football club, and he has not missed a single game for the club since then. 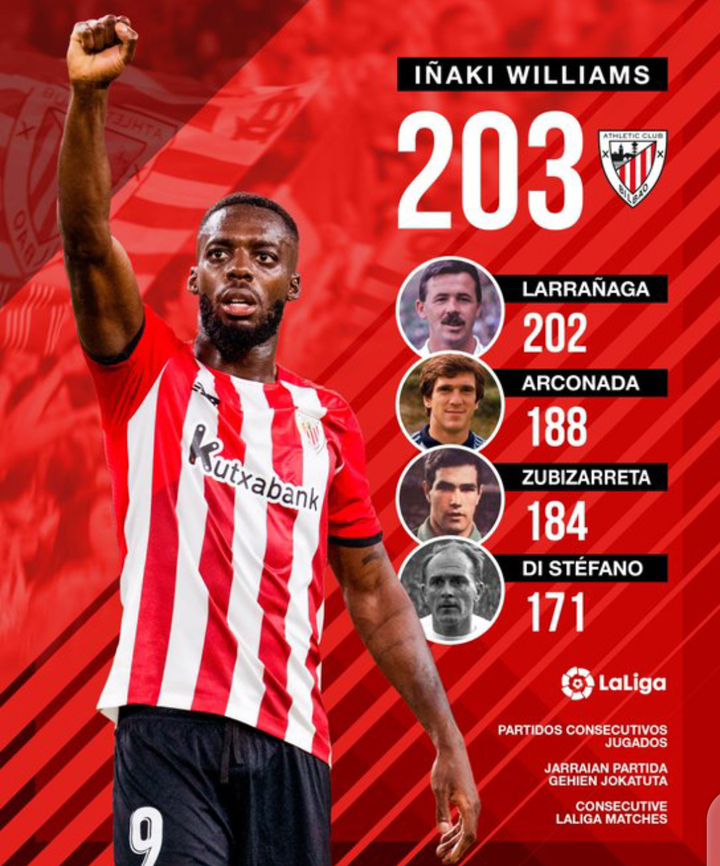 With Inaki Williams' appearance against Deportivo Alaves FC, it means he has become the first player in Spanish Laliga Santander history to play 203 consecutive matches in the league.

"Iñaki Williams has now played 203 consecutive games in LaLiga, setting a new competition record for most matches played in a row. Athletic Club's Iron Lion has not missed one since April 2016."

Williams will now be looking forward to extending his record when Athletic Bilbao football club play their next game.

BAR Vs DYK: Team News, Previous Fixtures And How Barcelona Could Line Up With Aguero, Fati & Memphis

How Chelsea could line up against Malmo In Uefa champion league