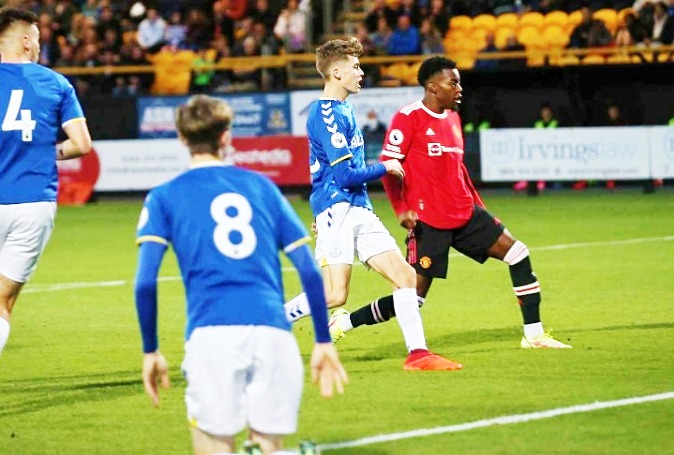 Anthony Elanga, who scored a crucial goal in the clash between the Red devils against Evertonians, at the third minute, later finished the game on the sidelines as he was sent off by the match officials for misconduct.

Anthony Elanga was sent off with his team-mate Bjorn Hardley and as well as Everton's 0xCharlie Whitaker due to an altercation in added time.

Anthony Elanga who was promoted to the senior team towards the end of last season, was later introduced in Manchester United's Carabao cup match played at Old Trafford in the mid week, the match resulted to their defeat by West Ham United.

Elanga's early goal scored yesterday as Manchester United's under 23 in premier league division two, was assisted by another quality player called Shola Shoretire, who rapidly picked out Elanga with a pass, before he registered the early goal.

Manchester United's senior team will be playing against Aston Villa today, in the English premier league fixture for match day 6. Ole Gunnar Solskjaer will have to get the team back to winning ways, after their defeat by West Ham in the Carabao cup match.