By DanJoan (self media writer) | 13 days ago

Skills, speed, and the ability to be creative with the ball on the football field are some of the qualities a player needs when playing football. But aside from these aforementioned qualities, the player also needs the physical strength to beat his opposing player, especially when contending for the ball. 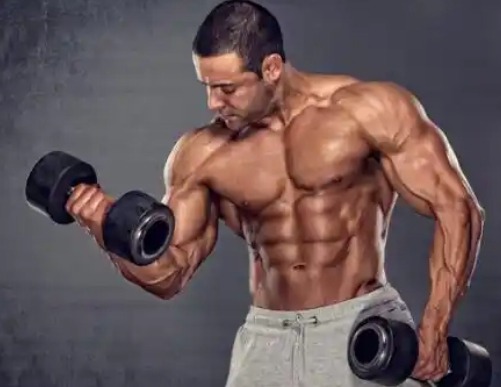 One of Chelsea FC attackers, Kai Havertz always wants to use physical strength whenever he is holding the ball, but the opposing player due chance him and withdraws the ball from him. Thus, the need for physical strength not to be under-appreciated as an asset in football games. 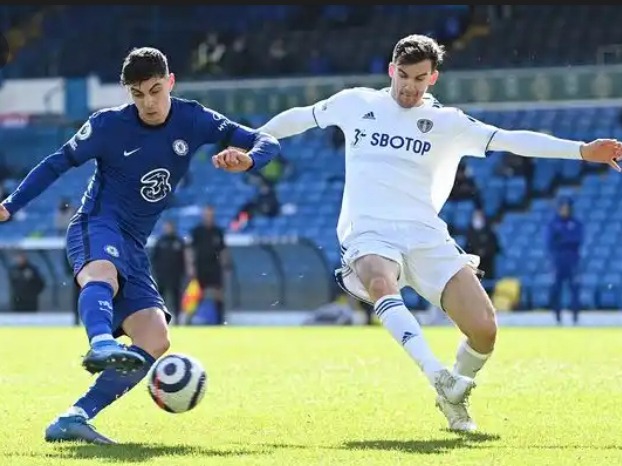 According to the list of strongest players released by transfermarkt, an English player named Adebayo Akinfenwa who plays for Wycombe Wanderers sits in the first position. This player has used his physical strength to humiliate countless opposing players. He is rated sixty-five (65) with a strength of ninety-seven (97). 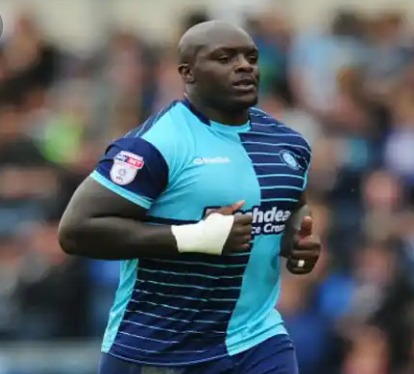 Daryl Dike plays for Orlando City in the United States of America (USA). He current weigh one hundred (100) kilogram and has a height of 1.88m. Daryl Dike is the second player who is most strongest, having been rated sixty-eight (68) but with physical strength of ninety-six (96). 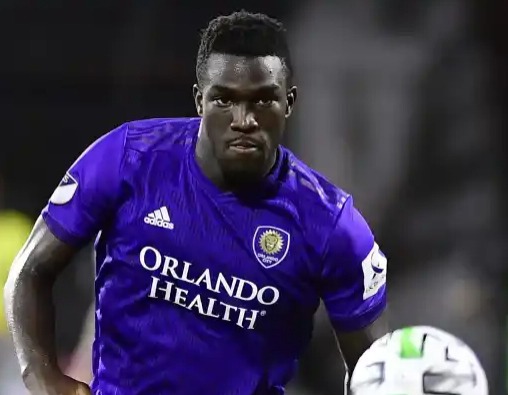 The two (2) above mentioned player beat Chelsea FC forward, Romelu Lukaku who sits in the fourth (4th) position with a rating of eighty-eight (88) and strength of ninety-five (95). The Belgian whenever he is at the peak of his game uses his strength to unsettle defenders though still lacks experience especially when competing with the ball with a tougher defender. 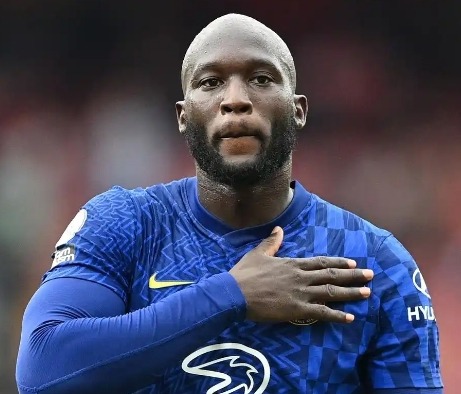 Other players and their positions are as follows: 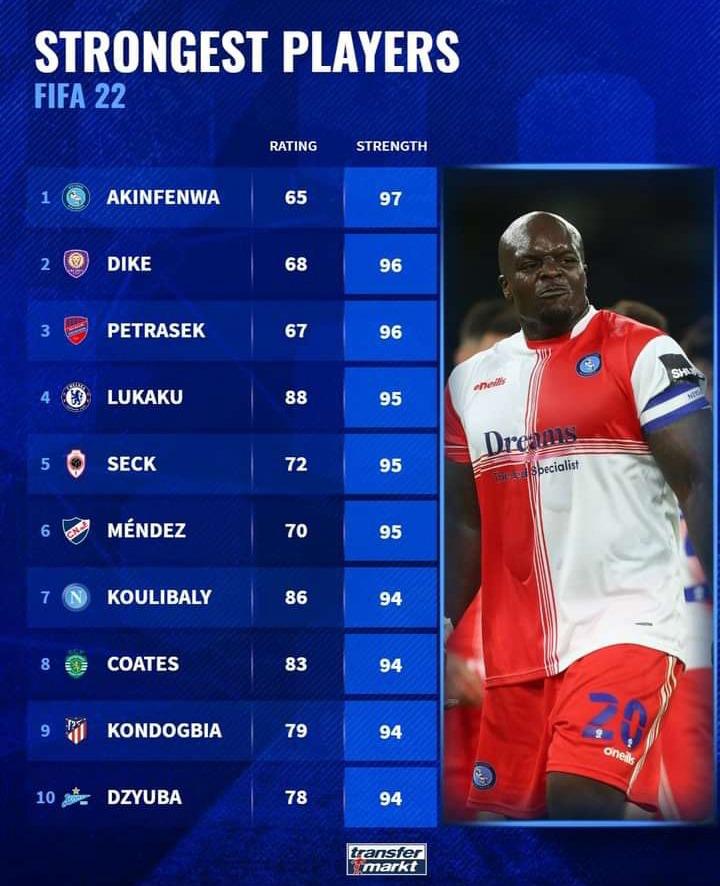