By Nasagist (self media writer) | 26 days ago

Early this morning, Barcelona Football Club defeated Major League Soccer club, Inter Miami 6-0 in a preseason Friendly match in the United States of America. We take a look at how some of the popular names performed. 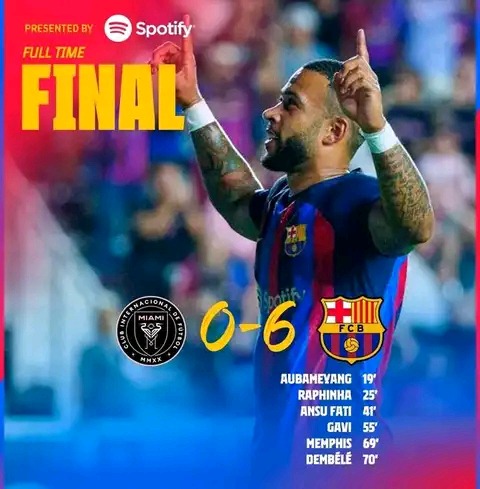 1. Ter Stegen: had a very quiet game between the sticks as he was tasted few times by the Inter Miami players, but joined the team in the build up play. He gets a 6 rating.

2. Sergino Dest: He was very great defensively but was a bit poor going forward. He gets a 6.5 rating.

3. Andreas Christensen: the former Chelsea player was brilliant in the game. He misplaced few passes but he had a great game today. He gets a 6.5 rating.

4. Eric Garcia: the former Manchester City defender had a very quiet game for the entire duration he was on the pitch but defended well when called to action. He gets a 6 rating.

5. Balde: the young left back was very brilliant for Barcelona both defensively and in attack. He got one assist in the game. He gets a 7.5 rating.

6. Franck Kessie: the new signing bossed the midfield in an emphatic fashion. He was everywhere both in attack and defence. He gets 8. 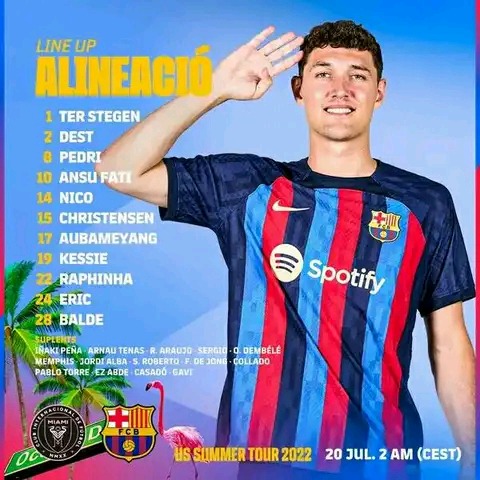 7. Pedri Gonzalez: the young Barcelona midfielder had a very quiet game probably because he just recovered from a long term injury. He gets 6.5.

8. Nico: he played in the defensive midfield role and was great as he stopped several attacks by the opposition players. He didn't offer anything going forward. He gets 7.

9. Ansu Fati: the Barcelona FC forward played brilliantly after a long time on the sideline. He scored a nice goal in the 42nd minute. He gets 8.

10. Raphinha: the Brazilian winger made his debut today for the Catalan club and gave them a tip of the iceberg. He scored a goal and assisted 2 in the 45 minutes that he played. He gets 9.5. 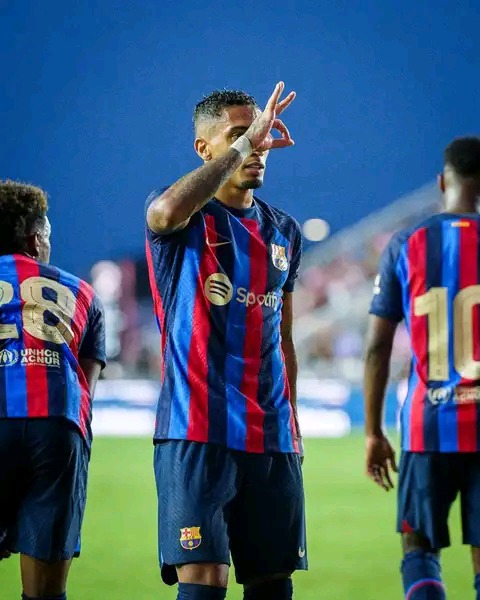 11. Emerick Aubameyang: the Barcelona front man was really exciting too. He opened the scoring for the team. He gets 7.5

1. Inaki Pena: just like Ter Stegen in the first half, he had a quiet game but was tested more than the German shot stopper. He gets 6.5

2. Sergi Roberto: played well but made few mistakes in the game unlike Sergino Dest in the first half. Anyway he got an assist in the game. He gets 6.5

3. Araujo: Was also at his best for Barcelona FC in the heart of the defense. The Uruguayan gets 6.5.

4. Frenkie De Jong: Surprising, the Dutch midfielder was deployed in the Center back. He gave a good account of himself in that position. He gets 6.5. 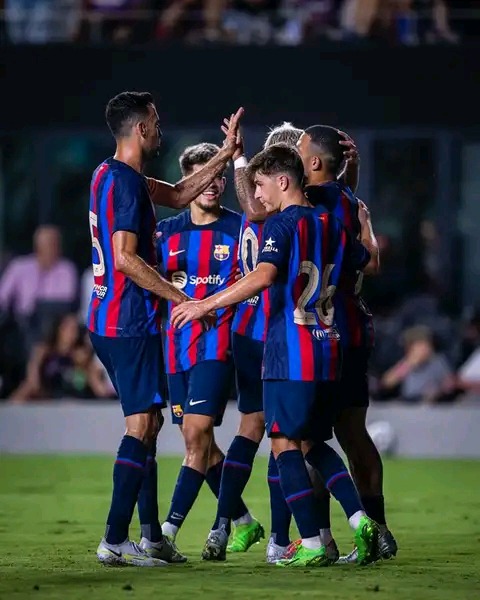 5. Jordi Alba: the Barcelona FC left full back stamped his authority in the game from the start of 2nd half to the final whistle. He tormented the right full back of Inter Miami. His effort was crowned with a great assist. He gets 7.5.

6. Gavi: the Spanish young midfielder was excellent. He helped control the midfield and also initiated several attacks. He scored a brilliant goal too. He gets an 8.

7. Pablo Torres: played well for his age and exposure but needs more playing time to excel but his work rate during the game was encouraging. He gets 6.5.

8. Sergio Busquets: the Barcelona was brilliant. He might not be physical but his technique and passing was excellent. He gets 7.

9. Ousmane Dembele: the Frenchman tormented the opposition players with his brilliant footwork. He scored a spectacular goal after dribbling several players. He gets 7.5.

10. Abde Ezzalzouli: the young winger performed so well in the attack although he didn't score. He needs to work on his decision making. He gets 6.5.

11. Memphis Depay: the Dutch forward gave a brilliant performance in the game as he scored and also assisted a goal. He gets 8. 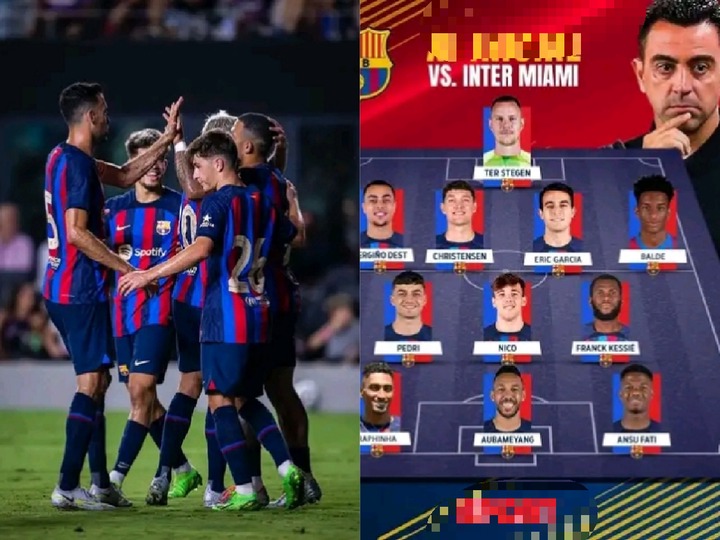