By Izzymessi (self meida writer) | 19 days

Football is a game enjoyed by a whole lot people all around the globe. The sport is known to have the most fans which is more than one billion. Furthermore, there are lots of soccer leagues played all over the world as every country organises their own league to entertain their fans. Coming over to the premier league, it is normally referred as most difficult league.

Yesterday, the England's FA cup semi finals started as Chelsea won Manchester City and proceeded to the finals. Today, Leicester City meets Southampton to know who's going to meet Chelsea in the finals. 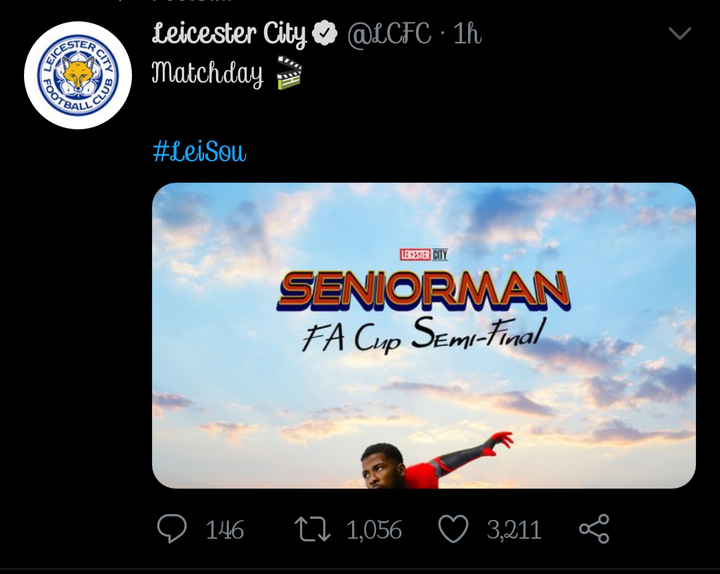 Meanwhile, The Leicester City's official twitter handle has once again hyped the Nigerian player ahead of their clash with Southampton. In the post they said "SeniorMan FA Cup Semi finals" probably in a way to gear him up. 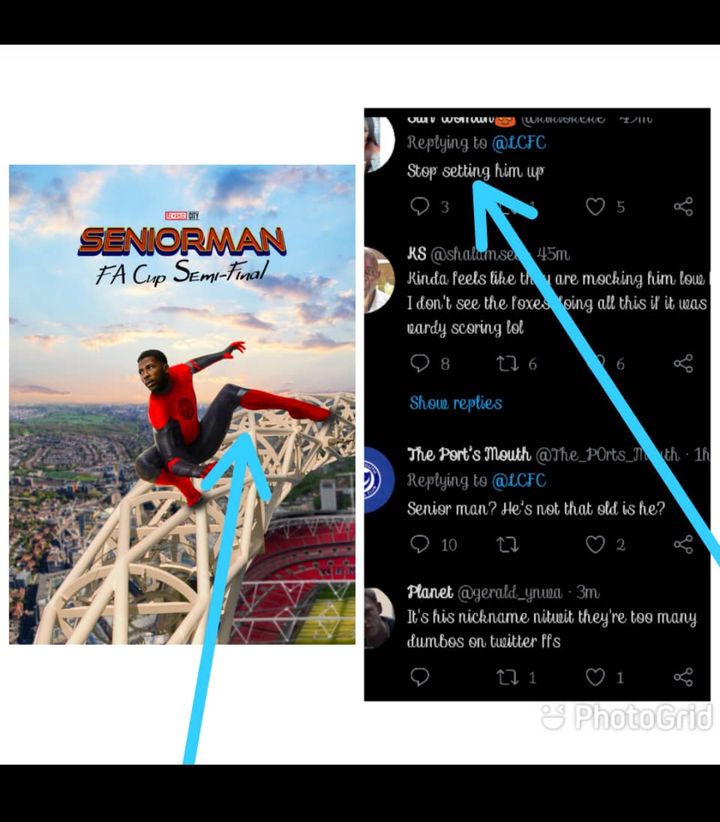 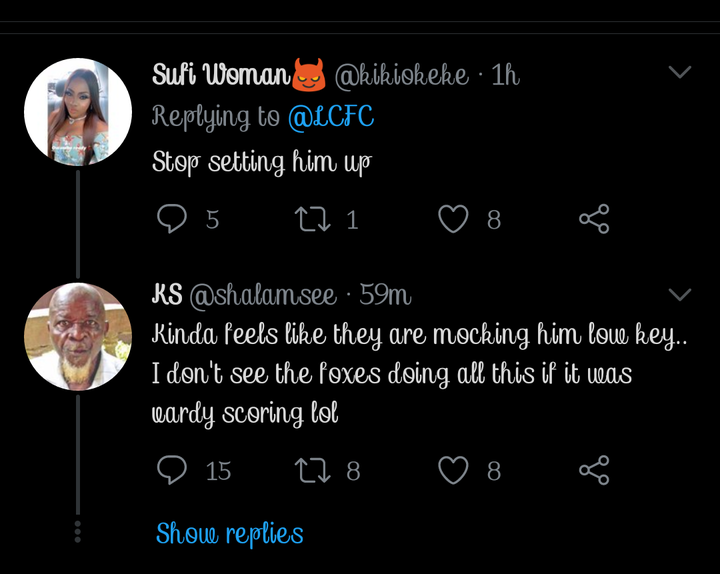 A young lady with the handle "Sufi Woman" came to the comment section to say "Stop setting him up" probably in a way to say they are expecting too much from him. Check out reactions from people 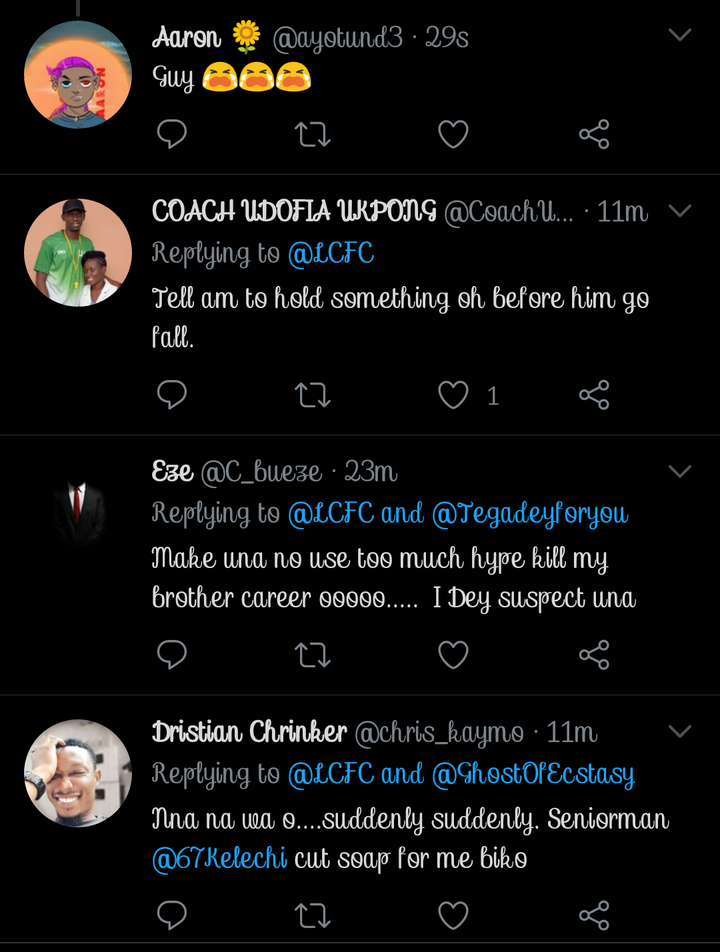 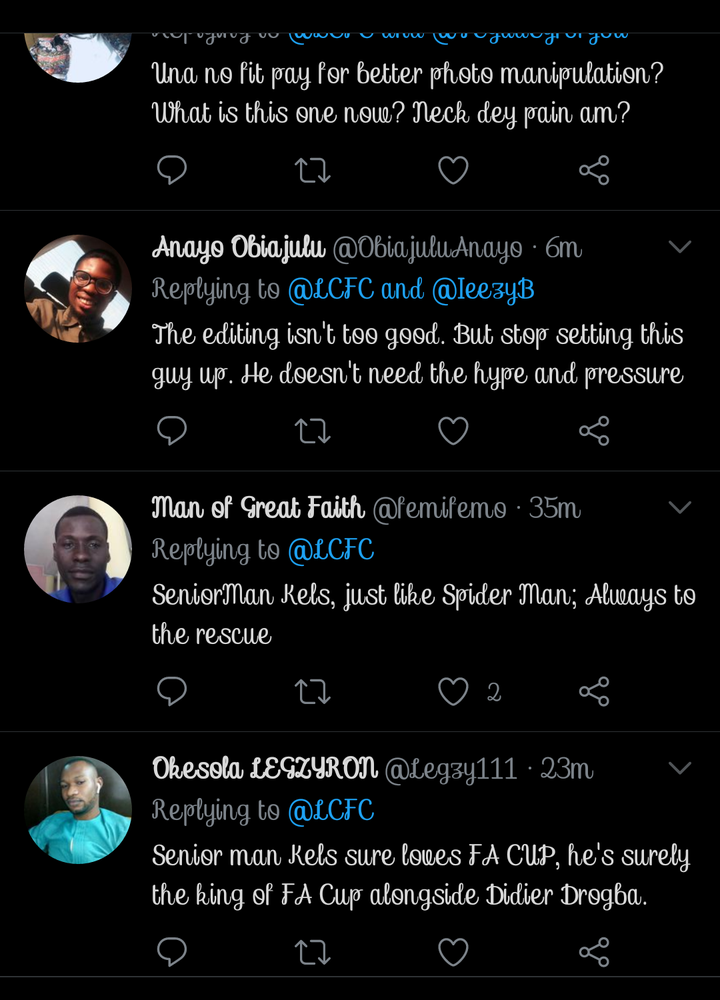 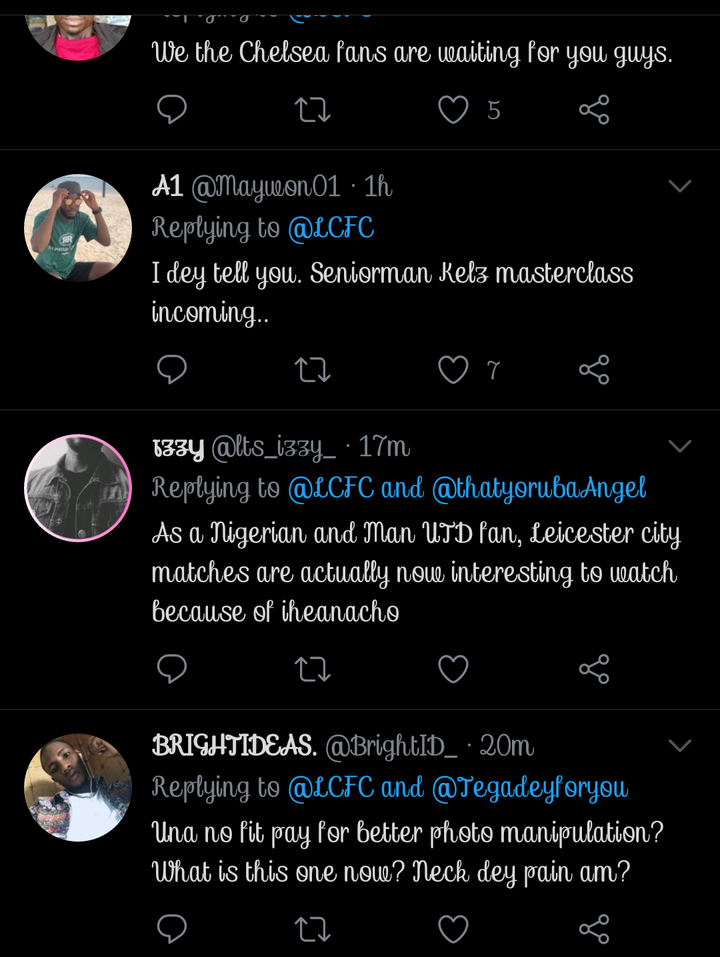 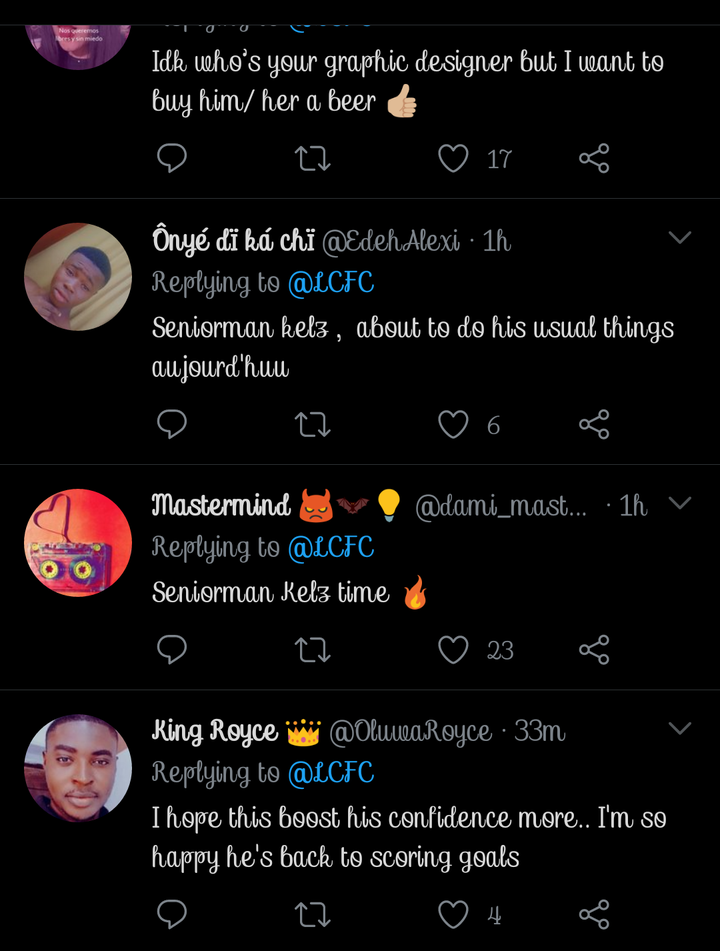 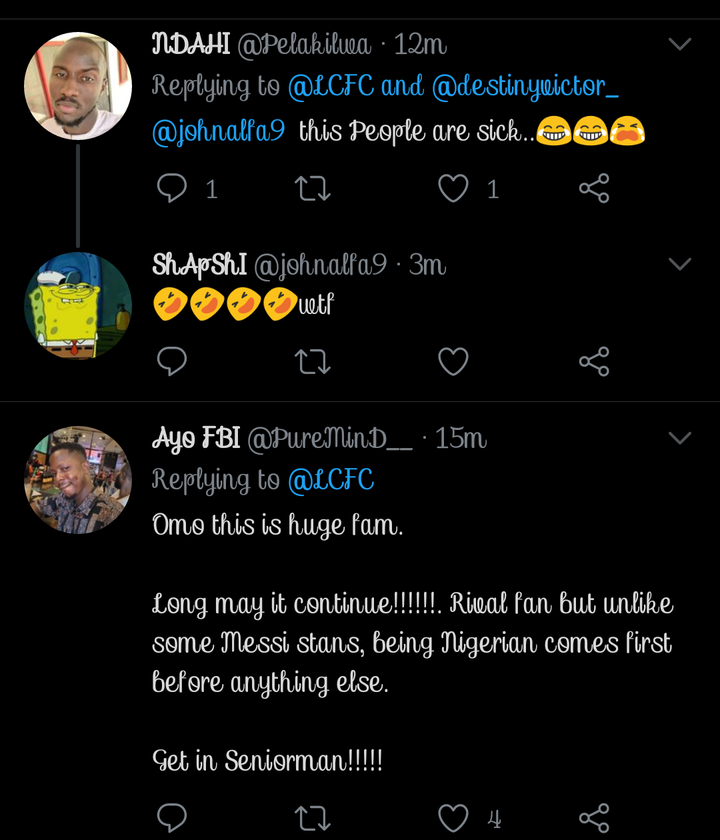 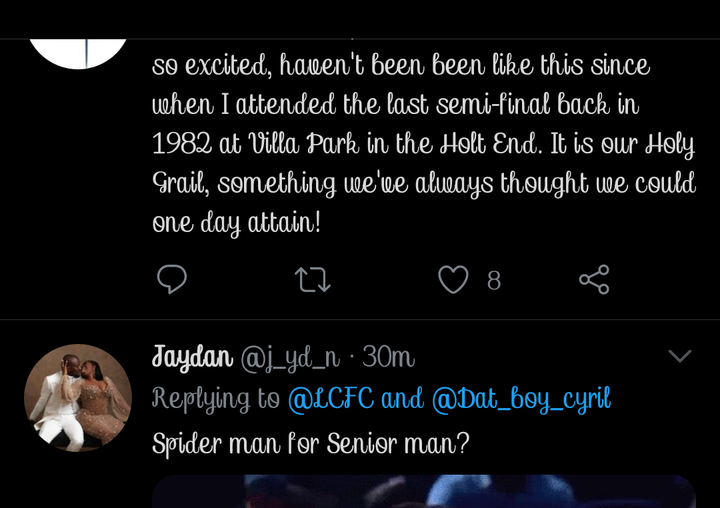 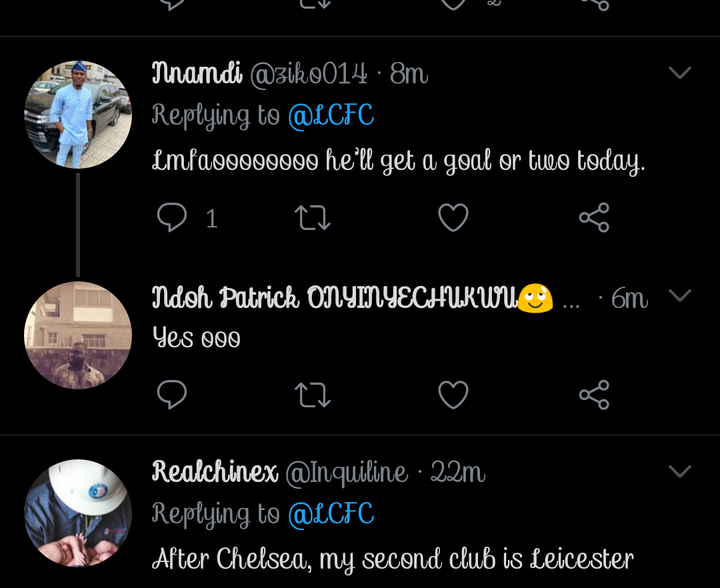 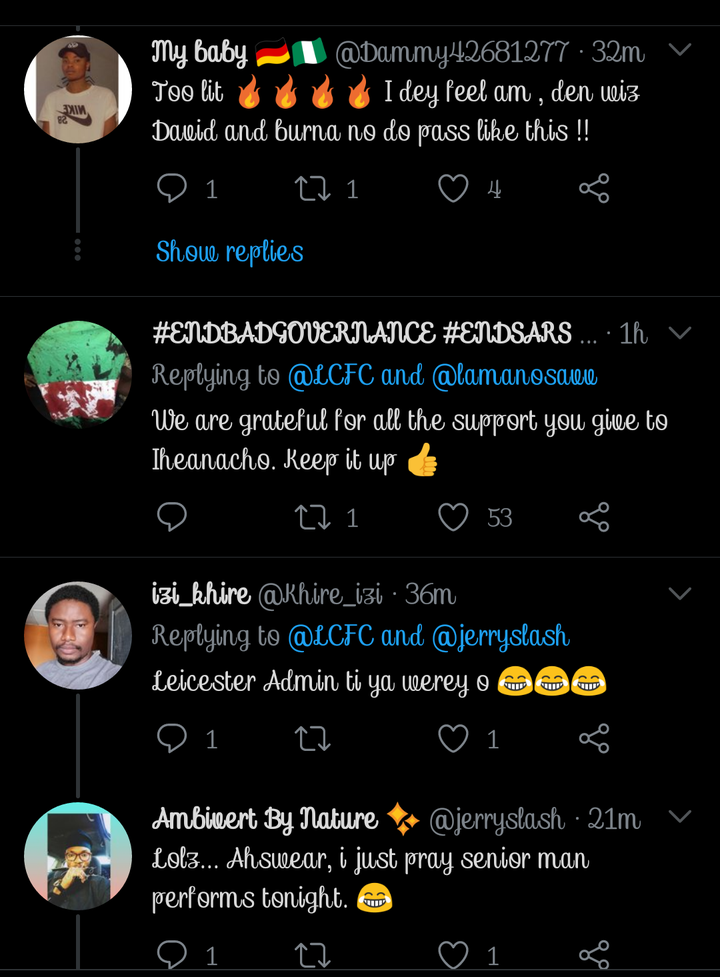 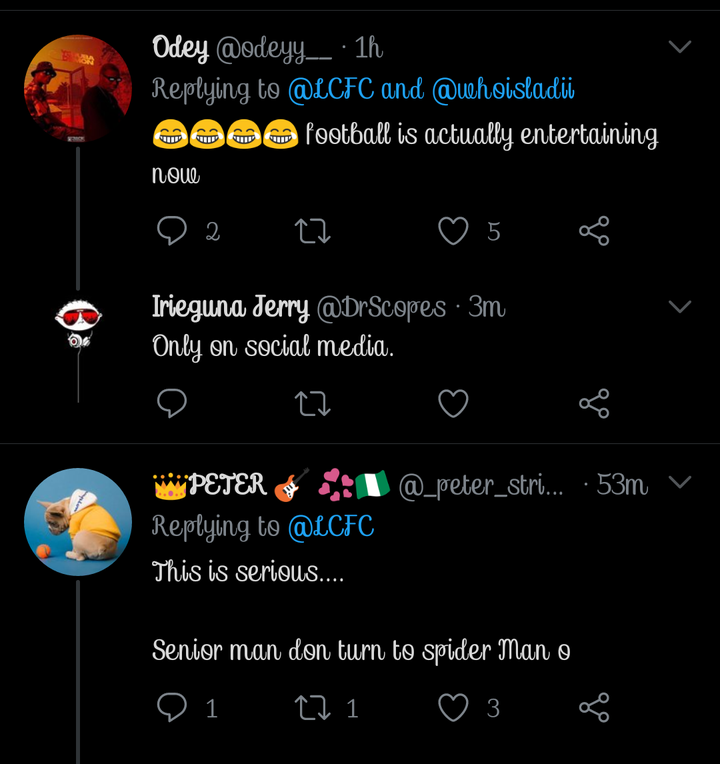 To Be My Best Man, You Have To Pay 20 Million Naira - Alexx Ekubo

Omotola Jalade Reacts After A Man Drew A Portrait Of Her

Two General Overseers Who Lost Their Sons Within A Week

Popular Yoruba Actress Dances With Her Grandchildren In New Video, Says "Fun Time With My Babies"