By ThousandWords (self media writer) | 1 year ago

Napoli took on Florentina in the Serie A round 37 fixture today. The match was a very important match for Napoli as they were hoping to close the gap on Juventus, AC Milan and Atalanta in order to make the top 4 this season.

Napoli dominated the match as they had most of the game's possession.

In the first half, both sides created chances as they mounted pressure on the defense. The first half ended in a 0:0 draw. Later in the second half, Florentina were shown a red card by the referee as Dragowski was sent off the pitch.

Insigne then scored a goal for Napoli in the 55th minute to put them ahead in the encounter. Few minutes later, Napoli made it 2:0 following a goal from Zielinski. The goal was assisted by Insigne. 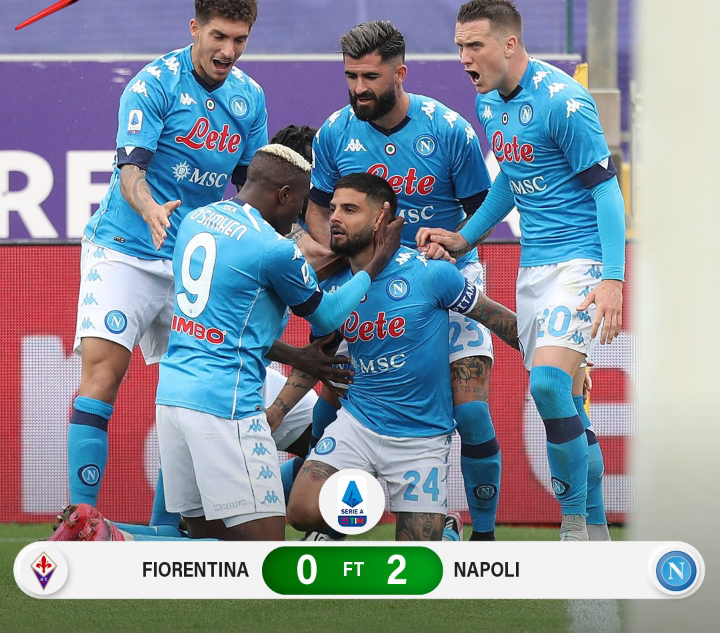 The match then ended in a 2:0 win for Napoli. The win saw them overtake Juventus on the Serie A table as they are now 4th, while Juventus are currently 5th.

We are going to now focus on the Serie A table after Napoli won their match today. See the Serie A Table below. 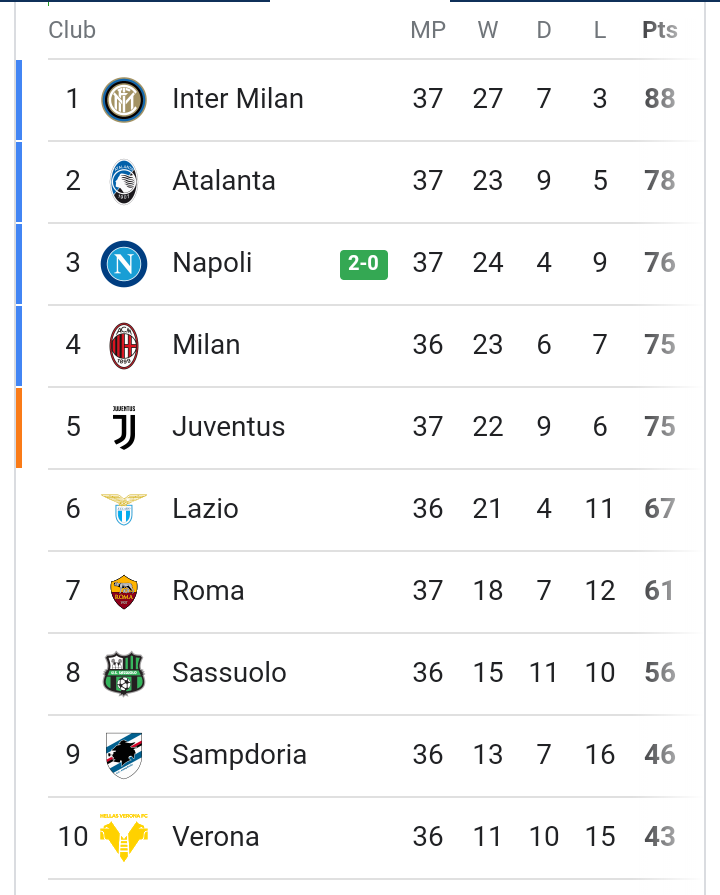 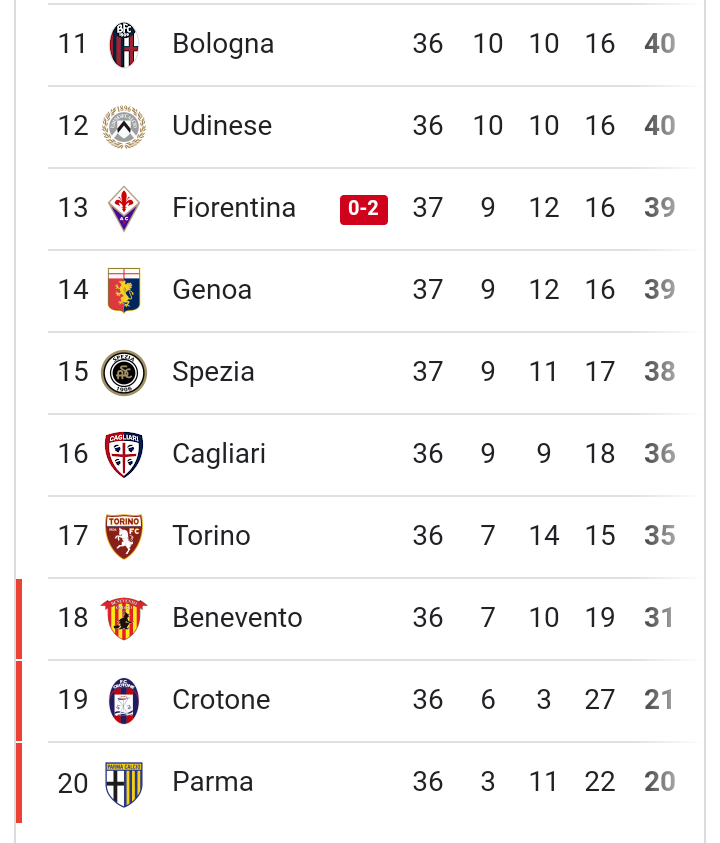