By Moneymedia (self meida writer) | 27 days

It's another weekend of action packed football in European league and all around the world. We are into the crucial part of the season and and clubs will be struggling for points in their several leagues to push their different ambitions. Some are fighting to win the league, others are negotiating for the various Champions League and Europa League spots, while others will be struggling to avoid relegation. 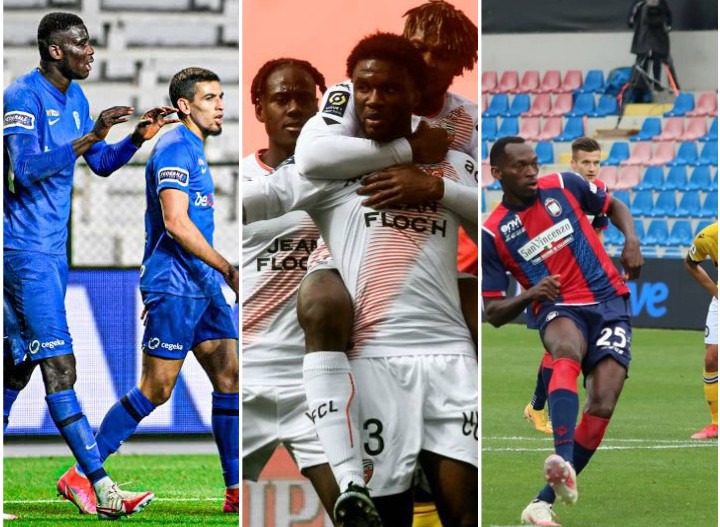 As we usually do on a weekly basis, we monitor the actions of several Nigerian players who featured for their clubs in leagues across the world.

We start off in the Belgium Jupiler League where Paul Onuachu has been impressively flying the colours of the Super Eagles. The lanky forward grabbed a brace on Saturday against Royal Antwerp, although his efforts were not enough to avoid a 3-2 defeat for his Genk side. 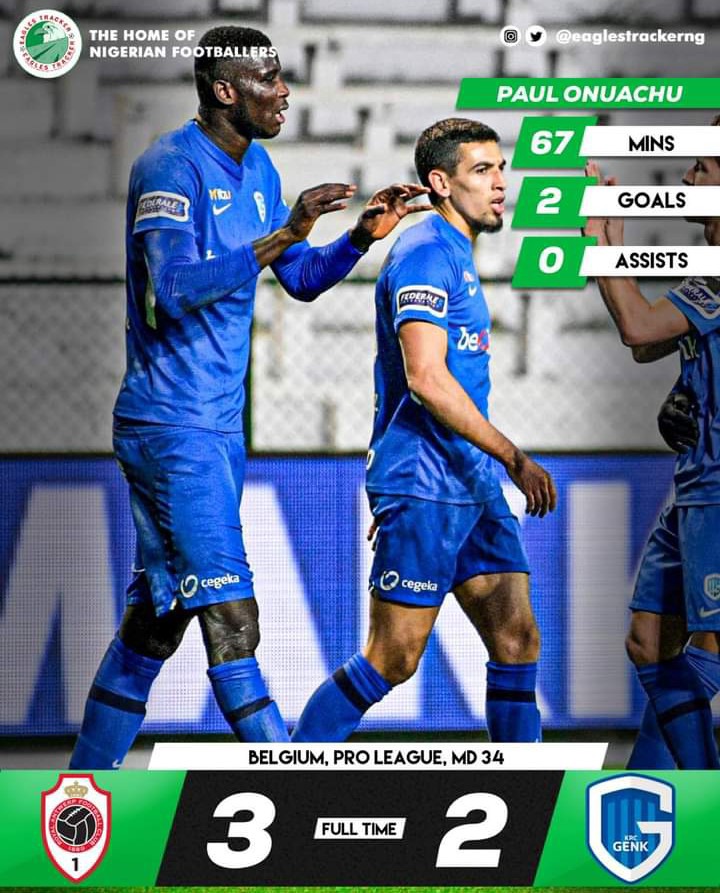 Onuachu tops the Belgian top scorer list with 29 goals and he has now scored 31 times in all competitions for Genk. 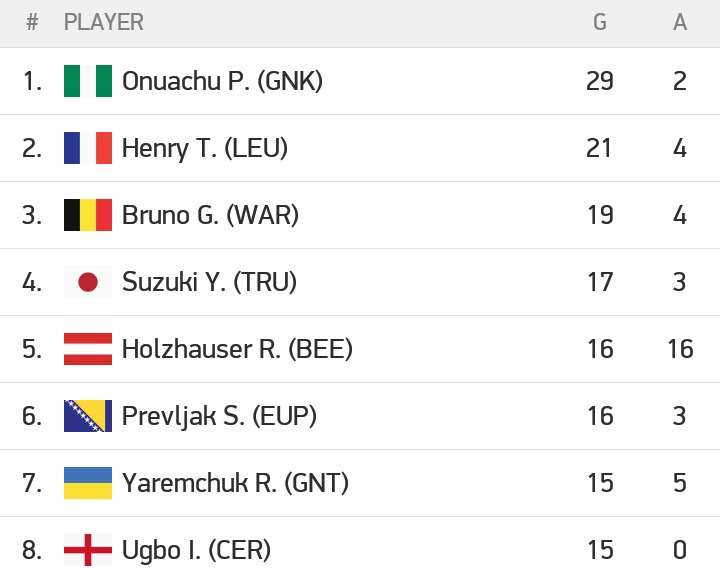 We move to the Italian Serie A where another giant striker has been in impressive form this season. Simy Nwankwo was on target once again for Crotone who fell to a 2-1 defeat at home to Udinese. 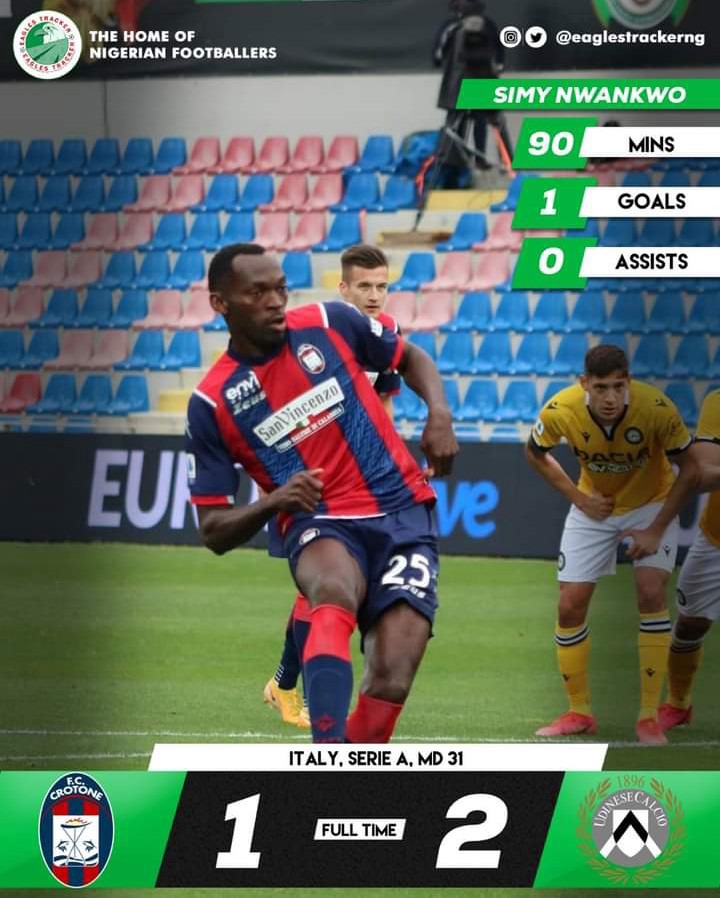 The 28 year old center forward has now scored in seven consecutive Serie A games (10 goals in that run) and sits on 4th position on the golden boot race with 17 goals. 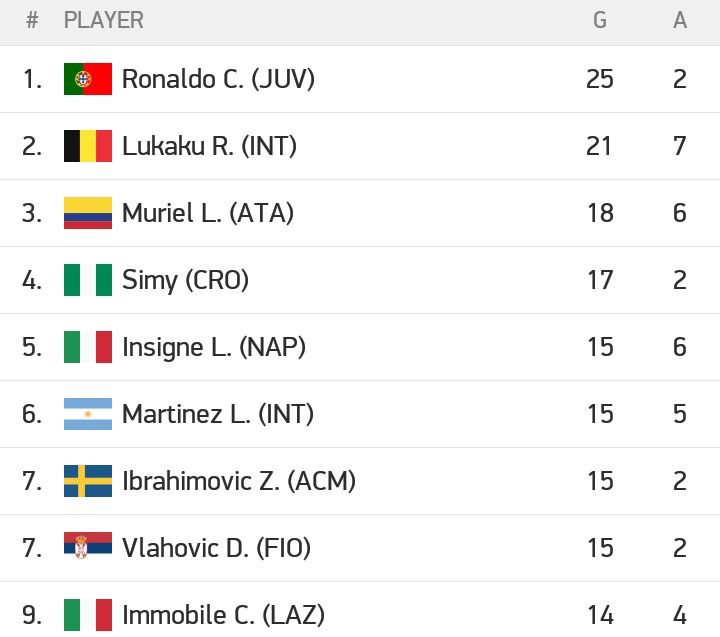 In the French Ligue 1, Terem Moffi scored two for Lorient in their 3-2 loss to Marseille on Saturday. 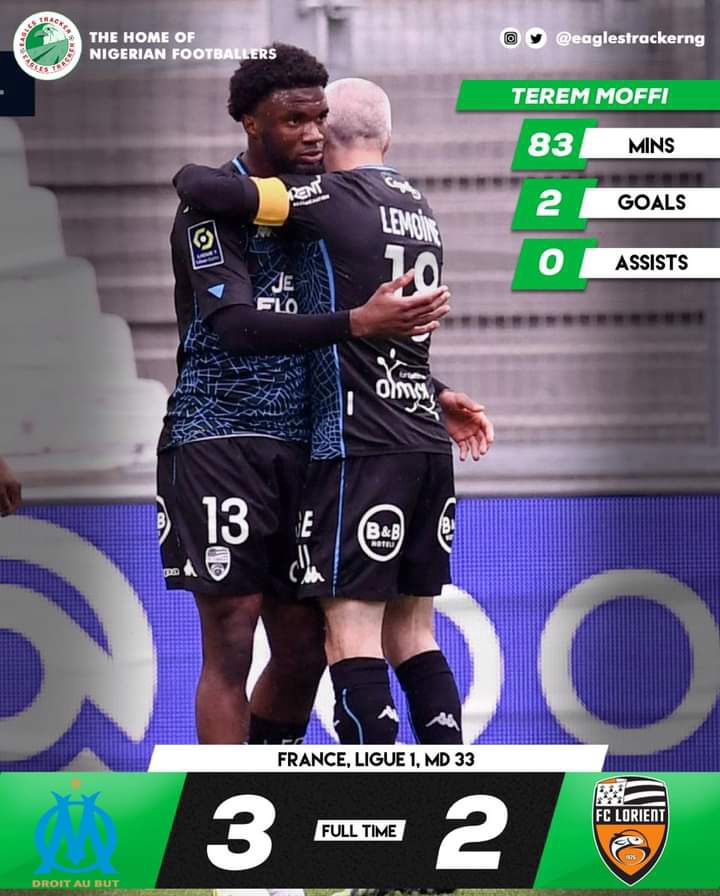 In the Spanish second division, forgotten Super Eagles midfielder Kelechi Nwakali netted from the penalty spot for AD Alcorcón who beat their opponents by three goals to one. 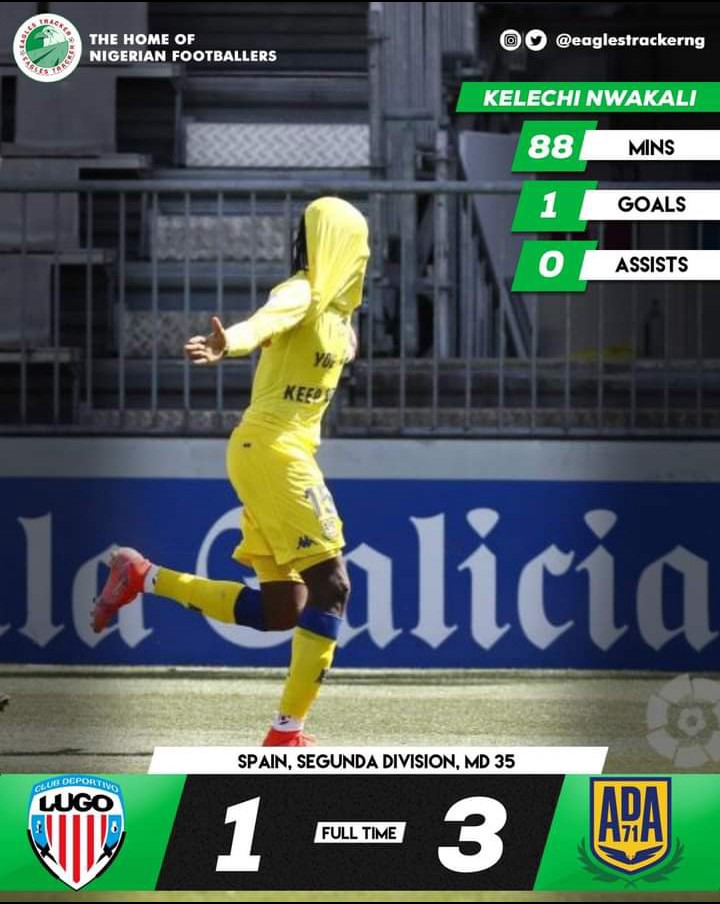 Next on our watch list is Larry Kayode who came off the bench at halftime to score for Sivasspor in the Turkish Super Lig. His team won 3-2 on the day. 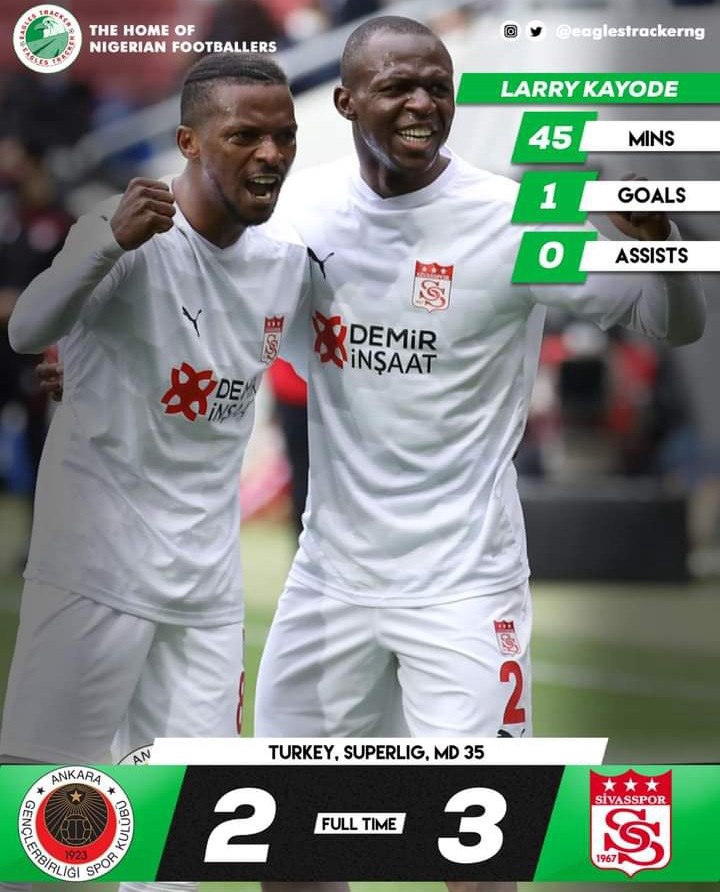 In the English Championship, Michael Olise played 89' minutes for Reading who drew 1-1 with Cardiff City. 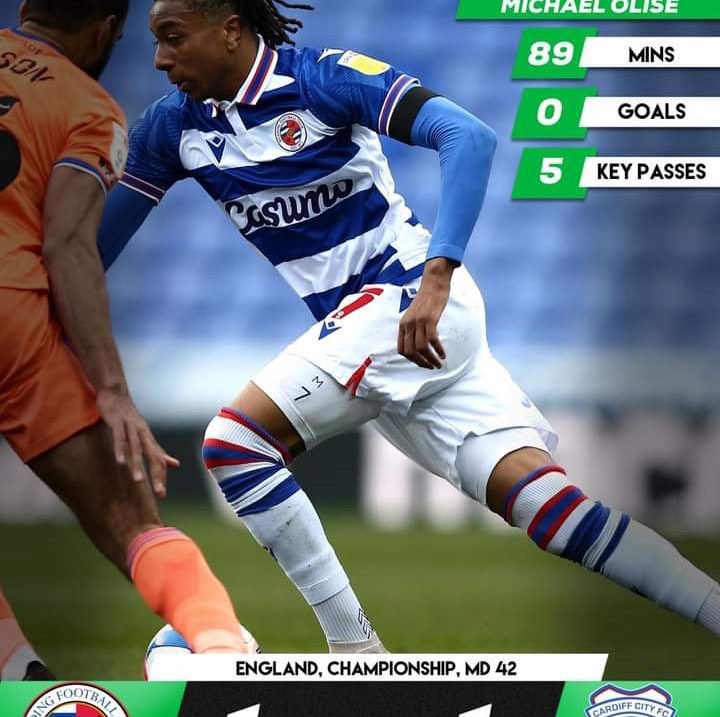 Akinkunmi Amoo found the back of the net for Hammarby in Sweden as they cruised to a 2-0 home victory at the weekend. 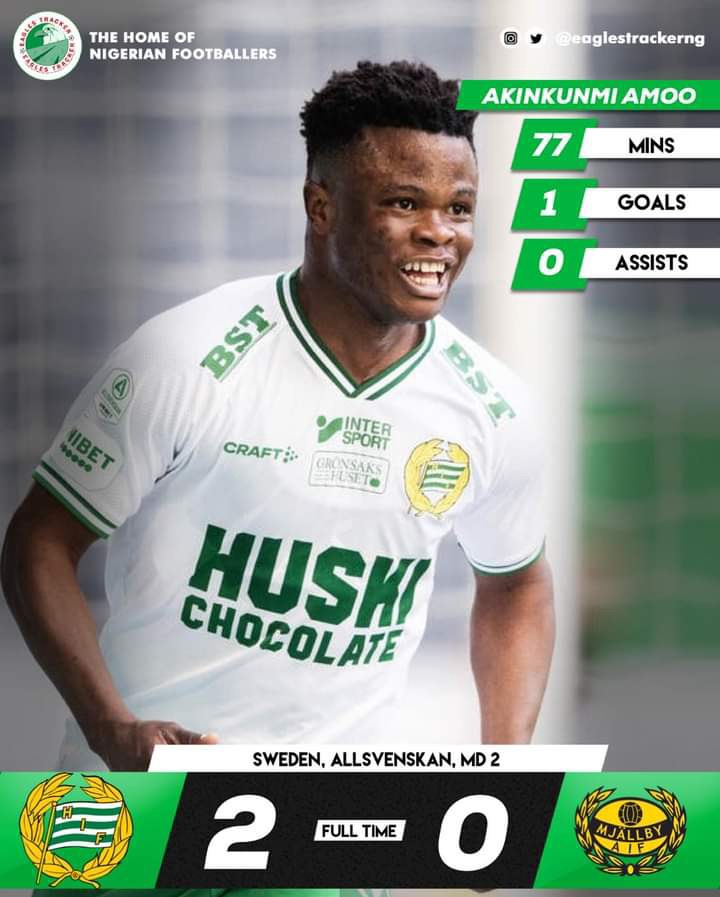 Nigeria World Cup hero and Super Eagles captain Ahmed Musa has joined Nigerian based club Kano Pillars on a deal until the end of the season. The former CSKA Moscow and Leicester City forward has been without a club since parting ways with Saudi Arabia's Al Nassr last October. 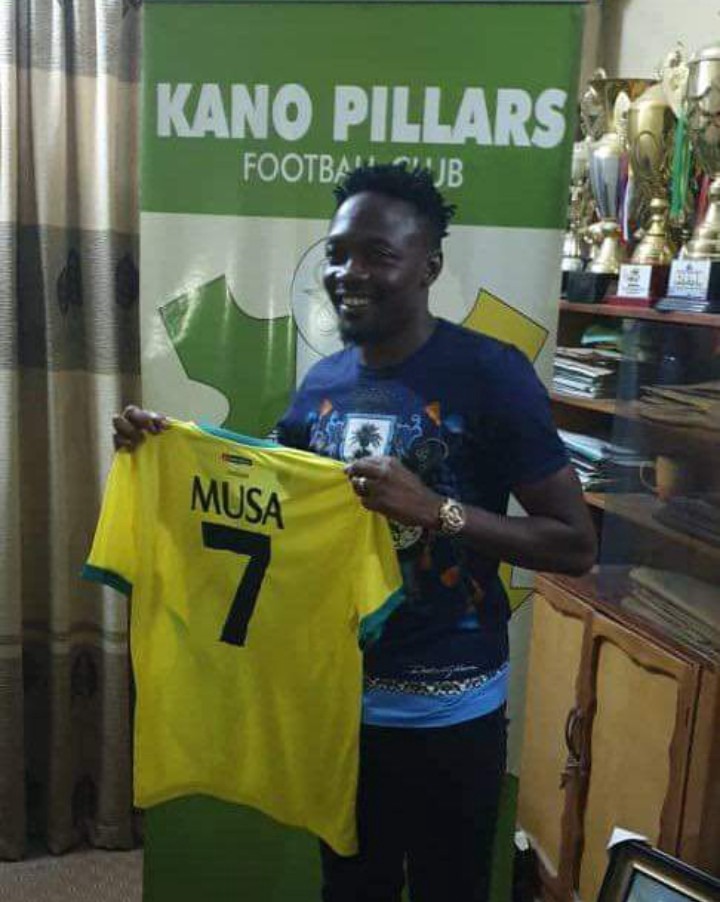 In the FA Cup, both Wilfred Ndidi and Kelechi Iheanacho will be involved in action when they face off against Southampton at Wembley stadium for a place in the final of the competition. 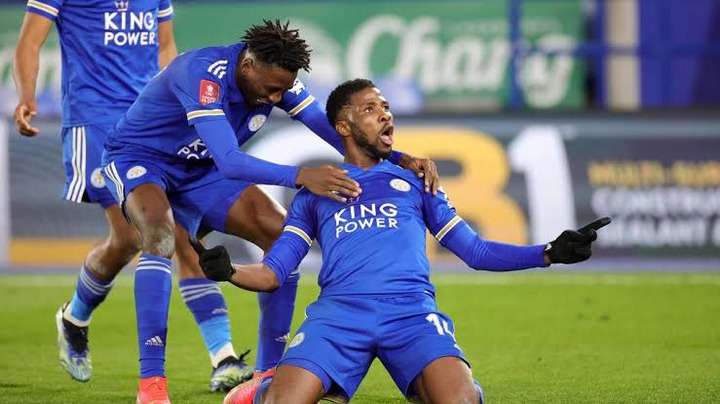 In the English Premier League, Arsenal welcome Fulham in a London derby and we will be rooting for our Nigerian contingent including Ola Aina, Josh Maja, Tosin Adarabioyo and Ademola Lookman. 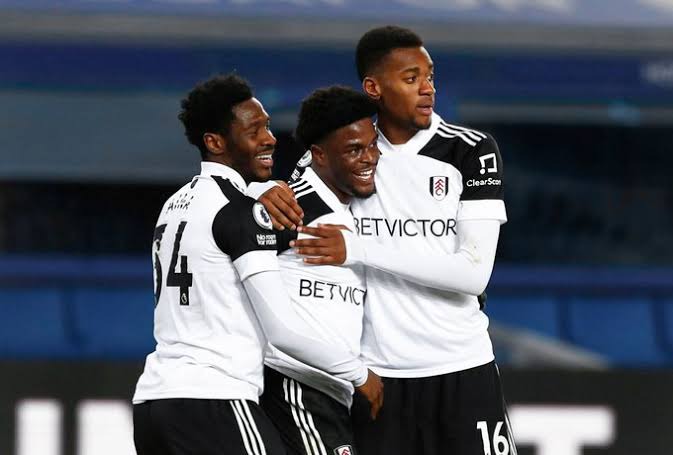 You can also easily click FOLLOW at the top-right corner of this page as we will be dishing out a weekly edition of Super Eagles Player Watch.