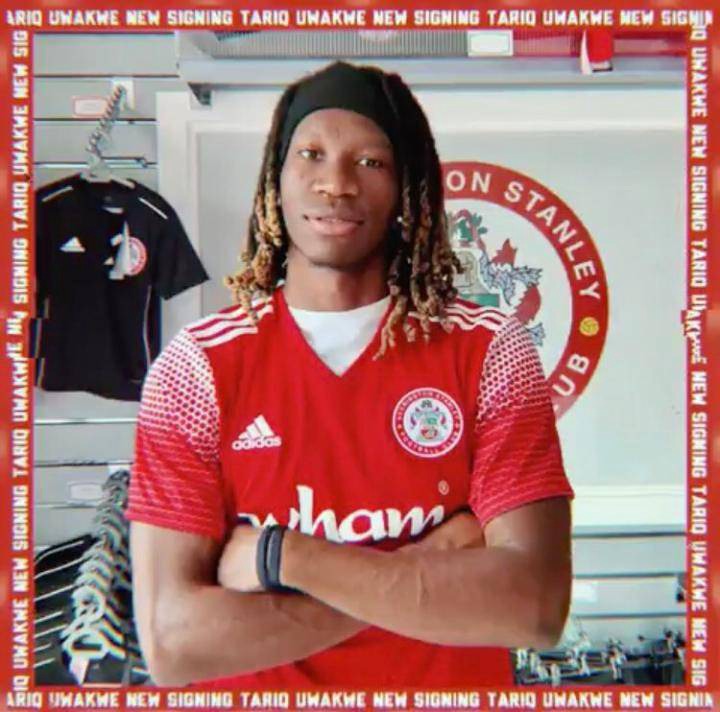 The resumption of competitive action in England saw nine Nigerian-born youngsters at their best, but their thrills all came in youth matches that preceded the commencement of healthy rivalry and hostilities in the English Premier League this weekend. 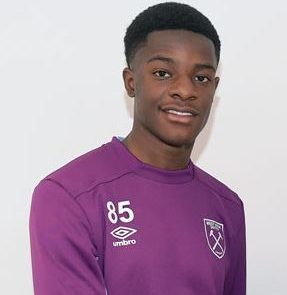 As the ‘big boys’ get ready to roll out on Saturday and Sunday, Tariq Uwakwe and Ademipo Odubeko both romped home a haul of goals in action for their respective clubs in the EFL Trophyp; while a total of seven Nigerian-born lads were in action for Arsenal’s youth team, but only one of them got a goal and an eighth member of the clan was benched for all 90 minutes.

Ryan Alebiosu, Daniel Oyegoke and Tolaji Bola starred in defence, James Olayinka in midfield and, the only one among the lot to score, Folarin Balogun in attack, as they started and helped The Gunners beat Ipswich Town 2-1 in their EFL Cup; with Miguel Azeez and Tim Akinola on as subs, but Mazeed Ogungbo was benched for the duration of play. 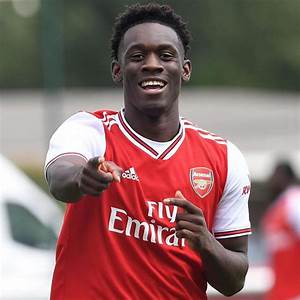 Balogun made the difference for the Nigerian legion when he popped up with the winner for their team after pouncing on a defence-splitting pass from Ben Cottrell; and he admitted that he was deeply delighted to open the season with a goal, even as The Gunners came from behind to record a well-earned victory at Portman Road.

The 19-year-old Balogun, who was born in USA, also got on the scorers’ cards last weekend, in a 2-2 draw away to Tottenaham Hotspur during a friendly and again showed a semblance of what he had gained in recent training sessions with The Gunners’ first team in pre-season. 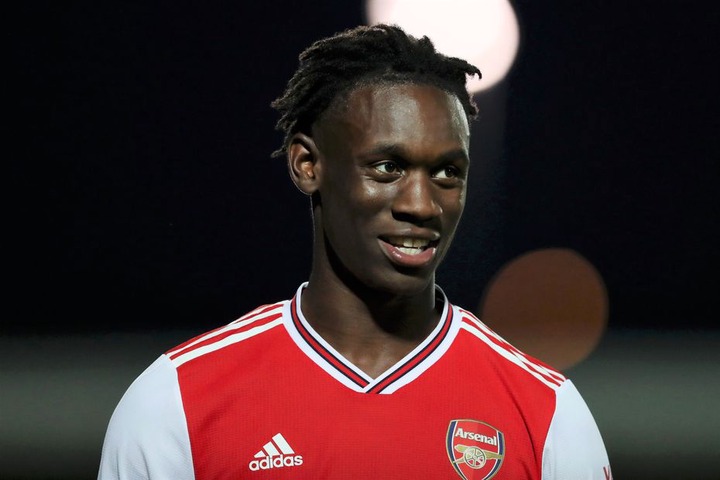 Balogun, who continues attracting summer transfer interest from clubs in the English Premier League and German Bundesliga, with strong possibility of him still moving before the summer transfer window closes, posted on social media: "Nice to help the boys with a goal in a 2-1 win v Ipswich in the Checkatrade 💪🏼💥."

While Uwakwe made the best of his recent move on loan from Chelsea to Accrington Stanley pay with a hat trick in his first game for his new club, Odubeko took only two minutes to score on his full debut for West Ham United’s under-21 team in their opening match of the season.

Odubeko, who is a product of Manchester United, was named in West Ham's starting line-up for the first time in their EFL Trophy clash with Southend United along with two other Nigerian-born lads - defender Tunji Akinola and striker Oladapo Afolayan.

Prior to his maiden game for The Hammers’ U21 squad, the 17-year-old Odubeko, who joined West Ham in October 2019, after turning down a scholarship offer from Manchester United earlier played off the bench for their under-23 team in the Premier League International Cup and English Premier League 2 last season. 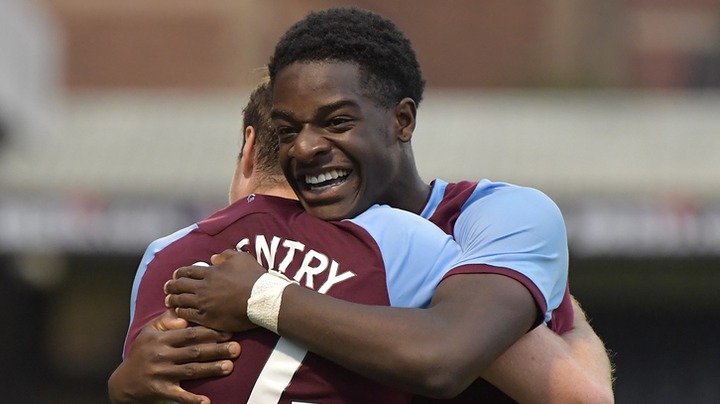 Odubeko sent a powerful shot into the bottom corner from 25 yards to give West Ham the lead but Southend pulled level after 13 minutes; and the Nigerian-born lad got his brace six minutes from time, as he hit home a volley from 20 yards out, after which Conor Coventry made it 3-1.

While Odubeko was on fire with The Hammers, Uwakwe helped Accrington Stanley sink Leeds United’s under-21 team 7-0 in the same competition, as the lad on loan from Chelsea got off to a bright start at Wham Stadium, where he got three goals and an assist. 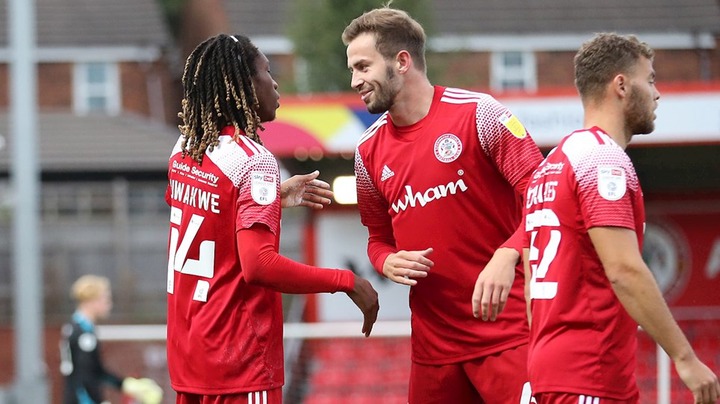 The game came just a day after Uwakwe completed his loan move to the English League One club, but he struck just five minutes in and then notched home his second in the 22nd minute from a tight angle; after which he set up Ryan Cassidy in the 38th minute, floating in a cross for the striker to convert with a header and then completed his hat-trick 17 minutes from time.

The 20-year-old dreadlocks-wearing kid, who is now expected to get his league debut at senior level against Peterborough United this weekend, admitted he was delighted with his brilliant performance, considering that he last played competitively for Chelsea’s youth team in March. 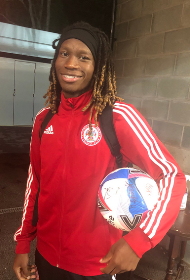 He also last featured in a friendly match before heading to Stanley, but the youngster, who can play as left-wing-back, left-midfielder, central midfielder or winger, who showed no laxity or complex, said he was happy to ended up scoring a hat-trick in his first game as a professional.

Uwakwe, who has also played for England’s youth teams, declared: "It's my first hat-trick in a professional environment so hopefully I get to frame it back home. I'll never forget this hundred percent. 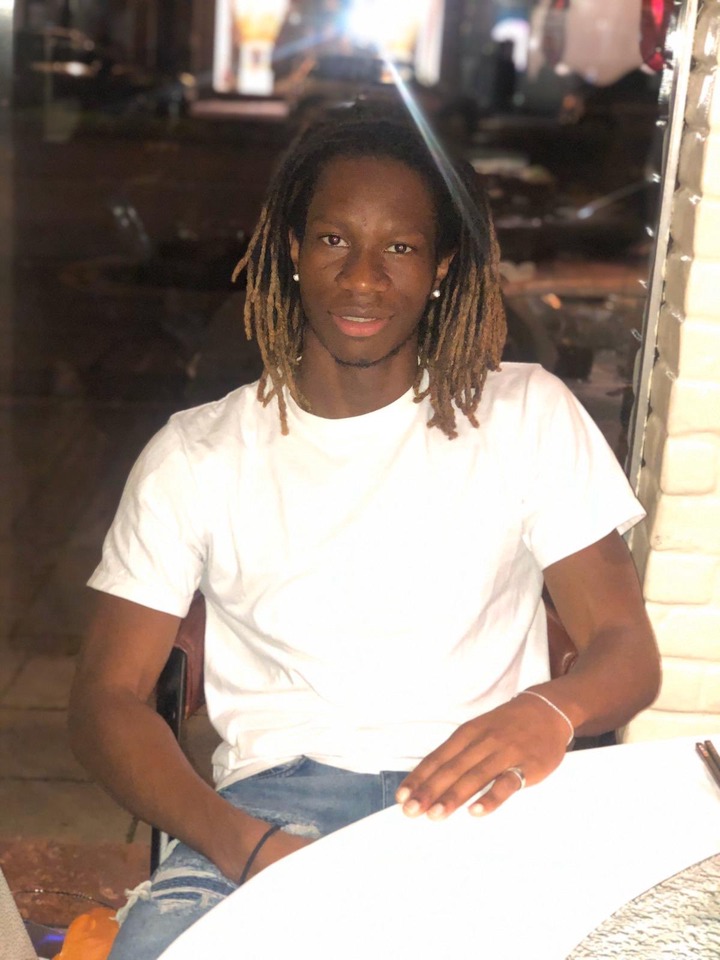 "It was really just what I wanted, just how I wanted to start, coming to a club especially to this club to score a hat-trick on my first game, on my debut, it's the best feeling. It's always great when you get a big win like this and it was a massive win for us.

“First game of my season, second game for the lads and we got a big game coming up on Saturday so literally we've got to keep working towards that so it was good to get the hat-trick and it was a good thing for me and the boys."