By GistNewsInfo3 (self media writer) | 1 year ago

The English Premier League era has seen a lot of great players and indeed, strikers who are simply ruthless in front of goal. 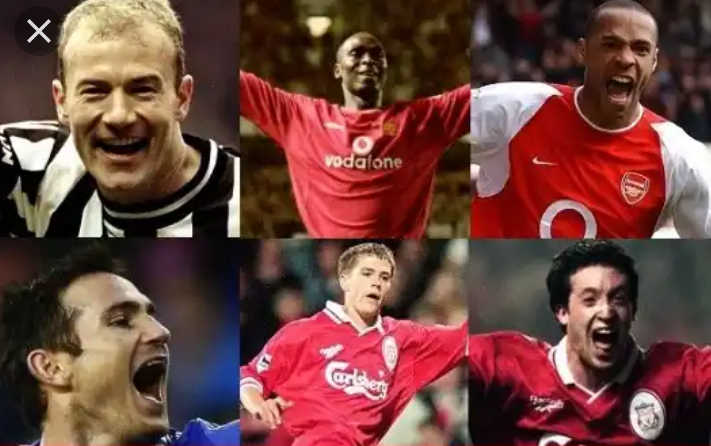 From the likes of Andrew Cole, Robbie Fowler, Dwight Yorke to that of Thierry Henry, Michael Owen and even Harry Kane, all have scored quite a remarkable number of goals. 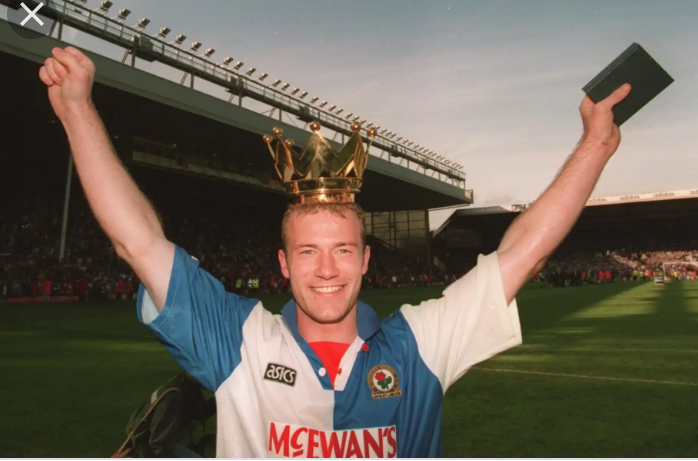 This earned them a place in the history books at the all time top scorer's of the English Premier League. 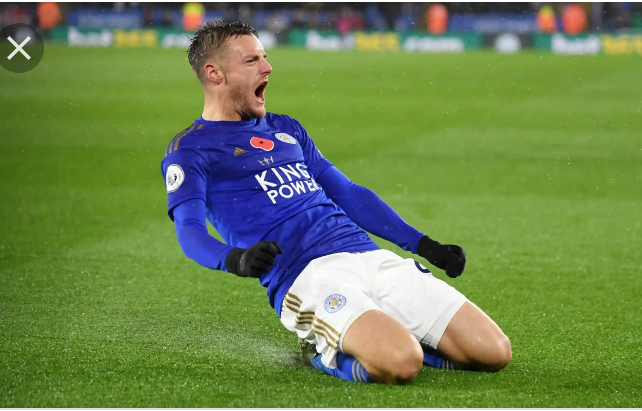 Jamie Vardy has been on the top his game for the past few seasons and this has seen his goal tally rise significantly. 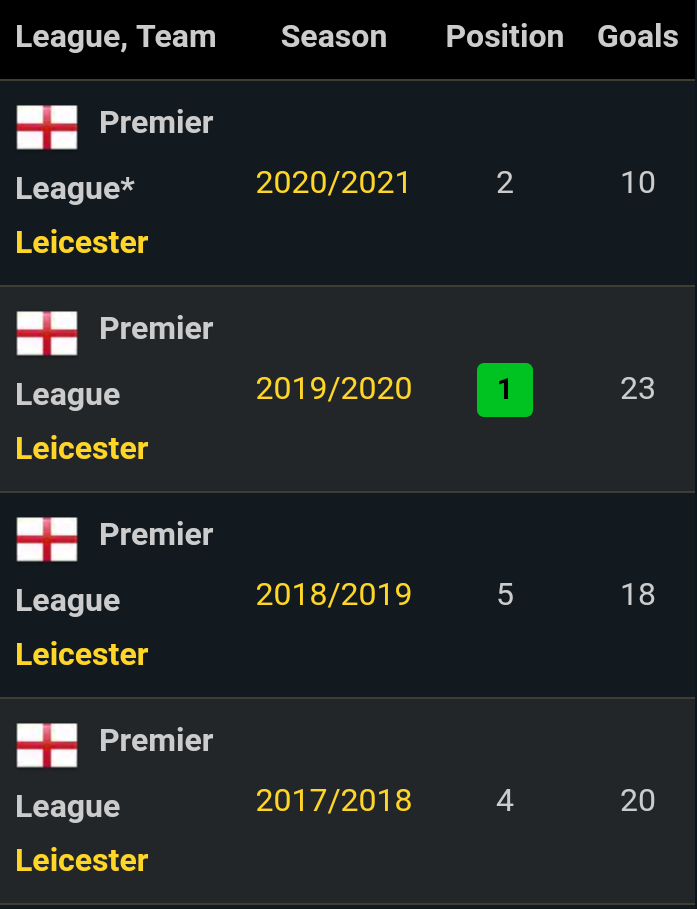 The 33 Year old England star joined Leicester City from Fleetwood Town in 2012. He has been prolific in front of goal and was part of the Leicester City team that won the EPL in 2016. 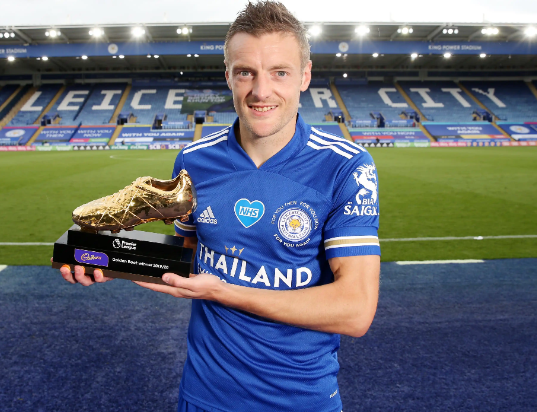 He doesn't seem to be going for anything less this season as he has scored 10 goals already this season. 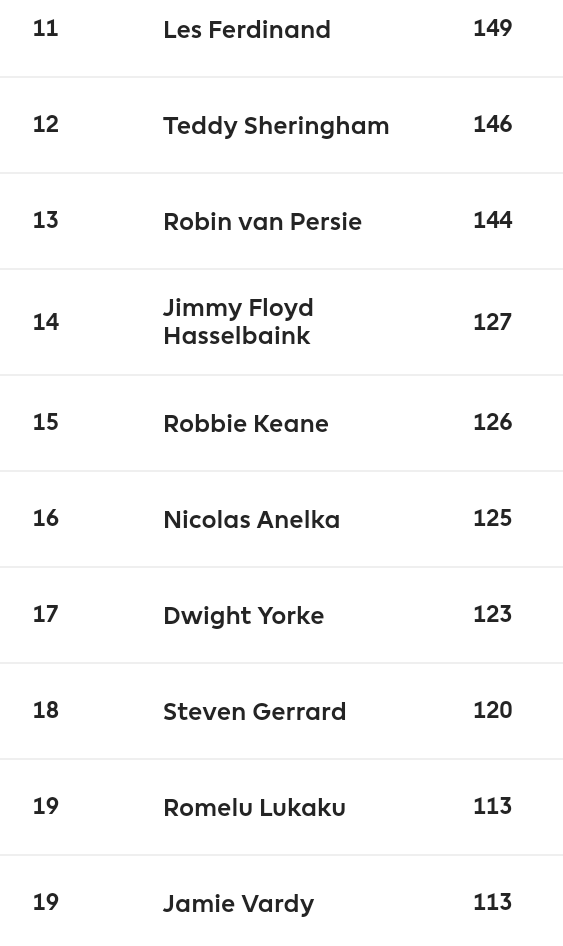 Last Sunday, Vardy scored his 113th Premier League goal. This saw him break into the Top 20 all time top scorers of the EPL. He is just 8 goals away from surpassing Liverpool Legend, Steven Gerrard who sits at the 18th spot. 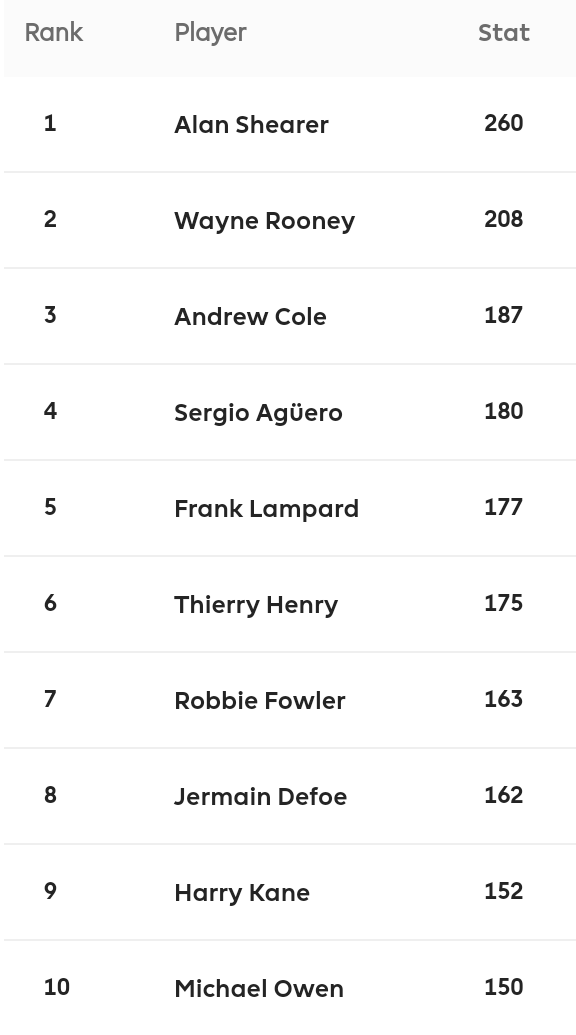 With the way the goals are coming in, Vardy is would seek to move even higher up the list and possibly get to the top. 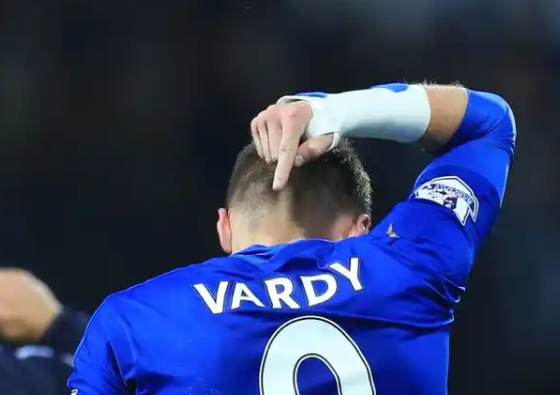 Content created and supplied by: GistNewsInfo3 (via Opera News )