Mbappe Could Be Another Last Minute Real Madrid Signing Like Ronaldo, Ramos and Bale. 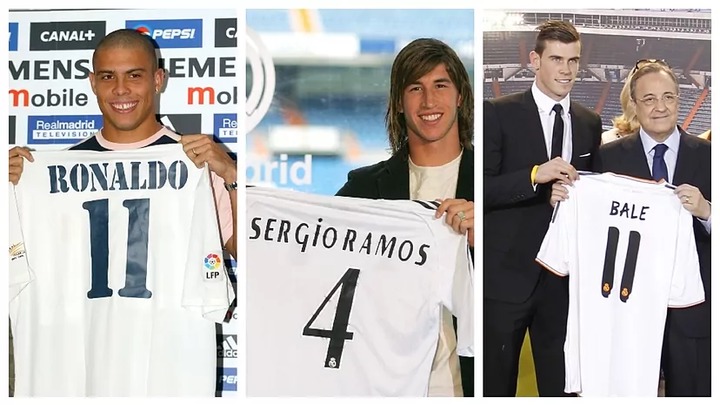 If Kylian Mbappe signs for Real Madrid on the transfer deadline day, it won't be the first time the club have taken a big step in the last window hours. Los Blancos have been chasing the French star for a long time and if he lands his transfer to the Estadio Santiago Bernabeu on Tuesday he will join a roster of players who have also made last-minute transfers to Madrid.

Gareth Bale left Tottenham Hotspur on the last window day in 2013, Ronaldo Nazario was signed from Inter in 2002 as the club drafted into their Galacticos and the recently departed Sergio Ramos arrived from Sevilla on the last day of 2005 . Arguing over the deal with Ronaldo Real Madrid were made to sweat as they negotiated with Inter for the signing of Ronaldo in 2002. Florentino Perez had to work frantically until the last moments of the window to secure a deal with the Italian side, but finally signed the Brazilian for 45 million euros. Ronaldo had just won a fantastic World Cup winning campaign with Brazil in Korea and Japan and did not disappoint in Madrid. He went on to score 104 goals in 177 games at the club before leaving in 2007.

More relaxation with Ramos News of Sergio Ramos' signing started to erupt around 5:00 p.m. CEST on the last day of the window - a much more comfortable time to negotiate such a deal. The Spaniard signed for € 27million at Sevilla and went on to enjoy 16 years filled with trophies at the Bernabeu. The club's now legend moved to Paris Saint-Germain this summer after his contract in the Spanish capital expired. If Real Madrid get their man in the form of Mbappe this time around, he will join a list of big clubs who joined the ranks at the last minute.