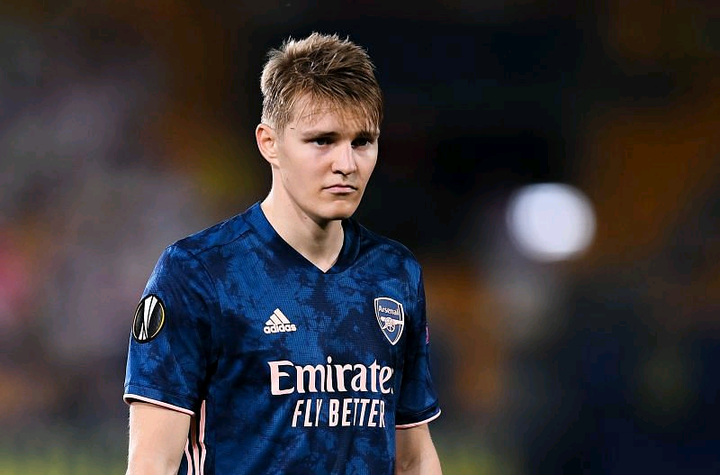 After a long transfer drama between Arsenal and Real Madrid, it looks that the Gunners have finally found their man. Martin Odegaard was the subject of lengthy negotiations between the two teams, and it has now been confirmed that a deal has been reached.

Odegaard is a familiar face in North London. The Gunners signed the Norwegian midfielder on loan in January. During his time at Arsenal, he was extremely effective and provided some inventiveness to the Gunners' otherwise mediocre midfield.

James Maddison of Leicester City is another player who has been extensively linked with Arsenal. Maddison, a superb midfielder, was tipped by some to be the answer to Arsenal's goal drought in midfield.

While there is no question that Maddison is a fantastic player, here are five reasons why Arsenal made the right decision in signing Martin Odegaard instead of James Maddison.

#5: Odegaard is well-versed in Arsenal's system. 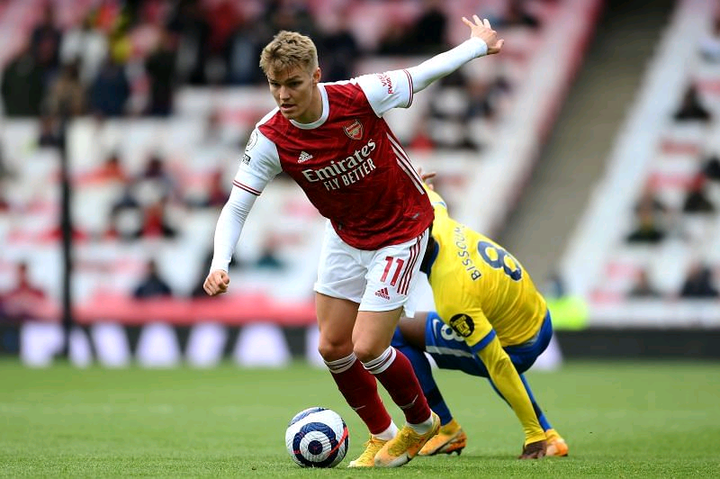 In January, Arsenal signed Martin Odegaard on loan from Real Madrid. Odegaard made 20 appearances in all competitions during his half-season at Arsenal.

Odegaard, an astute midfielder, was used by Arteta in a variety of midfield roles. Odegaard was outstanding throughout his time with the Gunners, scoring two goals and providing the same amount of assists in 20 games.

Odegaard shown exceptional flexibility, quickly grasping Arteta's approach and fitting the bill. Odegaard, a left-footed midfielder, was known for his clever passes in the middle of the pitch, which Arsenal has missed in previous seasons.

Odegaard can also chase down the ball, which fits Arsenal's need for a deft midfielder who can press off the ball and optimize transitions on the ball.

#4. Odegaard is a young man with a lot of potential. 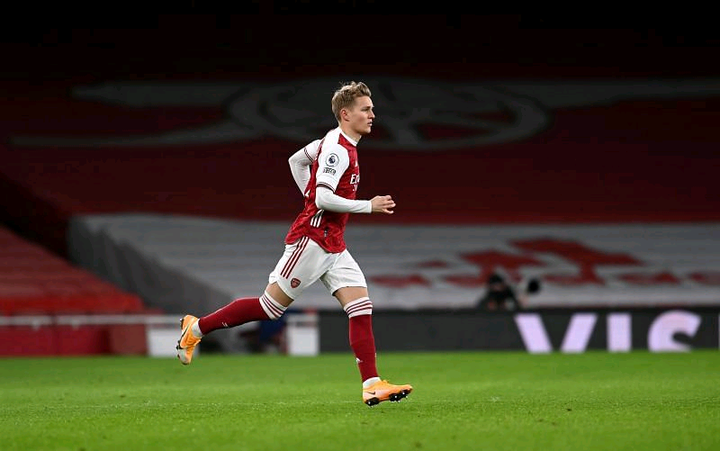 Martin Odegaard is still a young man of 22 years. Odegaard, who debuted professionally at the age of 16, has six years of experience from spells in Spain and the Netherlands.

Odegaard was hailed as a prodigy and one of the greatest midfielders of his generation. Without a doubt, the 22-year-old possesses enormous potential and all of the necessary characteristics to become a world-class footballer.

Odegaard made a good transition to the Premier League. During his time at Arsenal, he appeared in nearly all of the team's games. Despite his lackluster performance, he exemplified the free-flowing style of play that Arteta strives for.

#3. Odegaard is a genuine offensive threat. 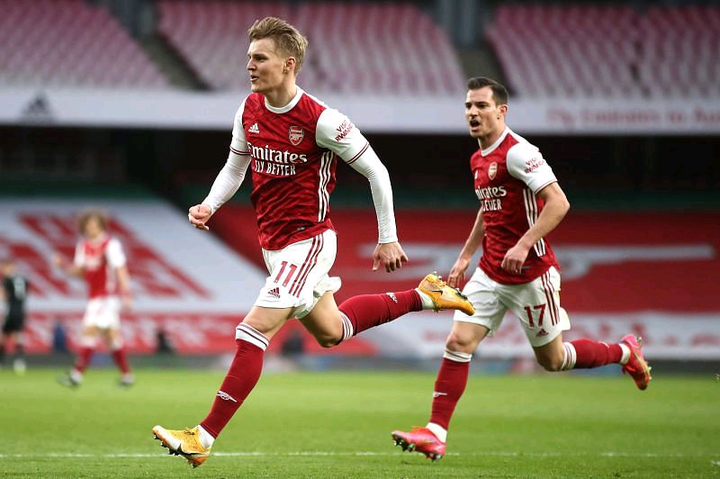 Martin Odegaard provides the Emirates with some much-needed offensive prowess.

Arsenal has been accused of playing a dull type of football recently. Excessive side-passing, followed by optimistic crosses from the wings, is a common feature of their game. While this has worked in the past, Arsenal is in desperate need of a midfielder in the mold of Mesut Ozil.

Arsenal appears to have just one creative attacker in Emile Smith Rowe after the recent departure of Joe Willock. While the likes of Bukayo Saka and Kieran Tierney provide some ingenuity on the flanks, the Gunners' midfield is severely lacking in inventiveness.

Odegaard's statistics are self-evident. During his loan time at Arsenal, he finished in the top two for xT (expected threat). In the Premier League, the Norwegian also averaged 2.1 crucial passes per 90 minutes.

Odegaard is usually engaged in the build-up play and has a keen eye for a crucial pass, despite the fact that he doesn't have many goals or assists to his record.

#2. Odegaard was always the backup plan. 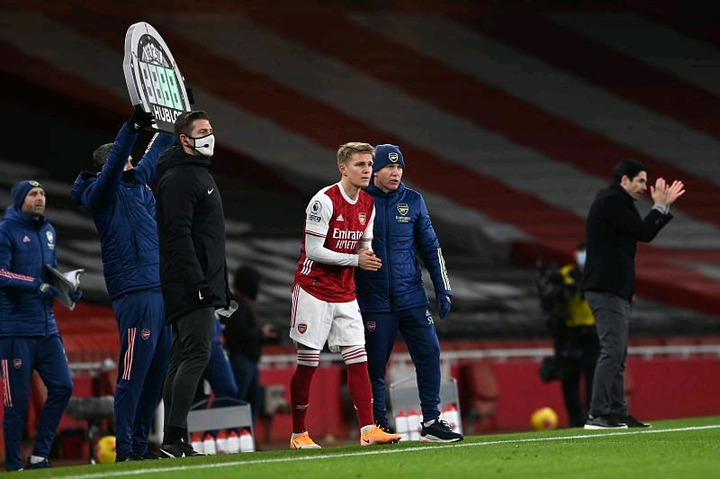 Arsenal has been connected with a number of offensive midfielders since the transfer market first opened.

Mikel Arteta's focus was always Martin Odegaard, despite the fact that Arsenal was on the market for a dynamic talent. During his time with the Gunners, Odegaard proved himself capable, persuading Arteta that he was precisely what the team need.

This season, Mikel Arteta has been the target of a lot of criticism. Arsenal supporters across the world will be relieved by Odegaard's arrival, as they have finally completed a long-awaited transfer.

#1. Odegaard has a long and illustrious international pedigree. 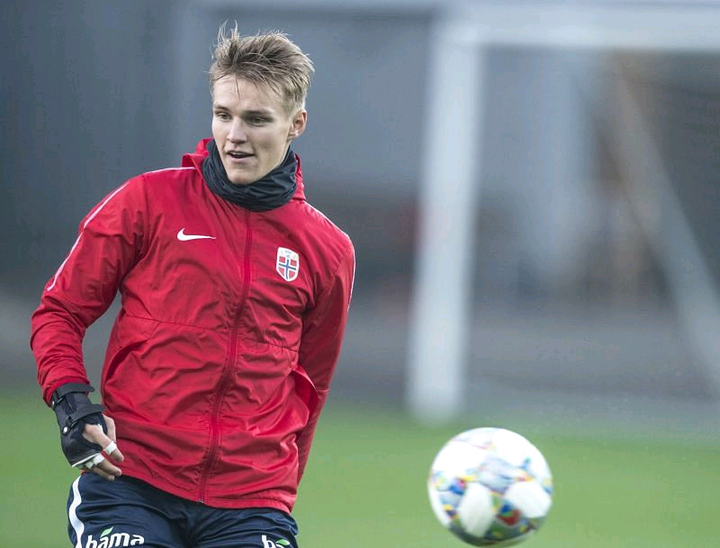 Odegaard was appointed captain of the international team in March of 2021. Alexander Sorloth, Jens Peter Hauge, and world-class striker Erling Haaland are just a few of the notable names on the Norwegian football squad.

Being named captain of the national team at the age of 22 is a huge accomplishment, and it just goes to show how committed Odegaard is on the field. In midfield, his leadership and inventiveness will be a valuable asset for the Gunners.

While it is unclear how successful Odegaard will be, there is no question that Arsenal has made a terrific purchase at a reasonable price.

Those are my reasons. What do you think? Kindly make a note of them in the comment section!