By PhenomInx (self media writer) | 8 months ago

Barcelona fare the worst against teams who apply pressure, especially in the midfield areas. Our midfielders react differently to pressure and this is usually a factor which determines the overall performance of the team. Riqui Puig is a player who would be an essential weapon against teams who play a high-pressure system: Athletic Club, Alaves, Villarreal, Sociedad and Osasuna.

Frenkie De Jong is an effective ball carrier and a very powerful and pacy midfielder; however under pressure, he tries to send the ball to other areas of the pitch in order to relieve pressure. This is a pattern similar to Toni Kross'. However it only relieves and doesn't progress the ball, as most times the pass is usually sideways to a non-marked midfielder: either Busquets or Pedri.

Busquets is a positionally intelligent midfielder, though he lacks pace to keep up with the intensity of the modern brand of football. When subjected to pressure Busquets has the ability to turn away from the press and pass to the closest teammate. When the intensity of the press increases, Busquets is prone to making the back bass or misplacing the pass, as his game-play requires valuable seconds of thinking and processing which teammate is best-placed to receive the pass.

Pedri is a modern-day dynamic midfielder, and his reaction to pressure to great for a youngster. When under pressure, Pedri dribbles his way through and raises the line higher against the press. This method is great against and worked against teams like Juventus last season. However it failed against teams who apply pressure while still sitting back to defend. This simply means even when Pedri dribbles away from the press, he still faces two compact defensive blocks of players sitting back to defend.

This is where the team needs a player like Riqui Puig. Puig has a tiny body structure which allows him to turn away from pressure in one or two touches. Puig doesn't need to run, rather he holds the ball closely and plays a perfect pass inbetween the tiny pockets of spaces: for instance his pass to Suarez against Alaves in the 2019/20 season. While the Alaves players were closing in on Puig, he held the ball close, spotted Suarez's run and lined a perfect pass. Puig also has a unique ability of beating the press, just like Marco Verratti does for PSG.

The midfielder operates between the lines, giving the opponents a wider area to press. This was seen against Granada last season in the heroic 5-3 come-back in the Copa del Rey. Riqui Puig beats the press and holds the ball higher up the pitch, this allows Messi, Griezmann and Alba to player closer to the opponents goal and meant they didn't have to drop deep to receive the ball. Statistics also confirm that Puig is the midfielder who has made the most accurate passes while under pressure.

Against Athletic Club, Memphis Depay, Braithwaite and Griezmann had to drop deep in order to connect with the midfielders. This means when they receive the ball, they nees to runs towards the goal area, this gave the Bilbao players time to recover their shape and stay compact. Similar scenario occured last season against Atletico Madrid. When Busquets got injured, Koeman brought on Ilaix Moriba. This forced Messi and Griezmann to drop deeper to receive passes; anytime the dynamic duo got the ball, they had to run towards the goal which gave Atletico Madrid players enough time to recover and maintain their compact low block.

This is a problem Koeman needs to combact ahead of the Bayern Munich match. Bayern are a team who play a high intensity system and apply constant pressure especially in midfield. Koeman needs a player to beat the press and make progressive passes, else we will simply be dancing to the tune of Bayern's music. Koeman needs to learn a thing or two from Tuchel. Jorginho is a player who likes to beat the press, as such Tuchel uses him in high intensity games, which allows Mount, Hervertz and Werner to play higher up the pitch. 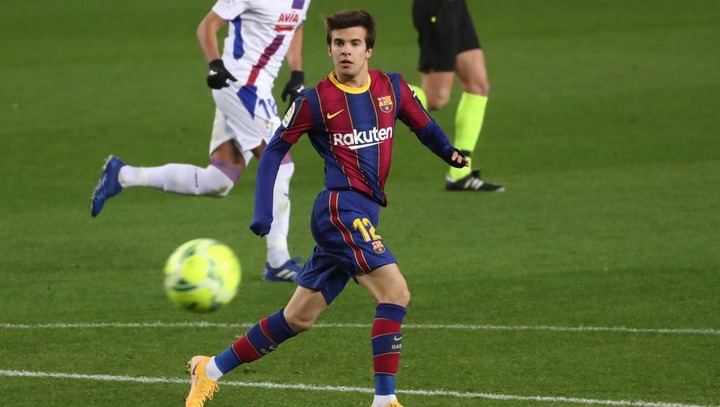