By kapitaG (self media writer) | 11 months ago 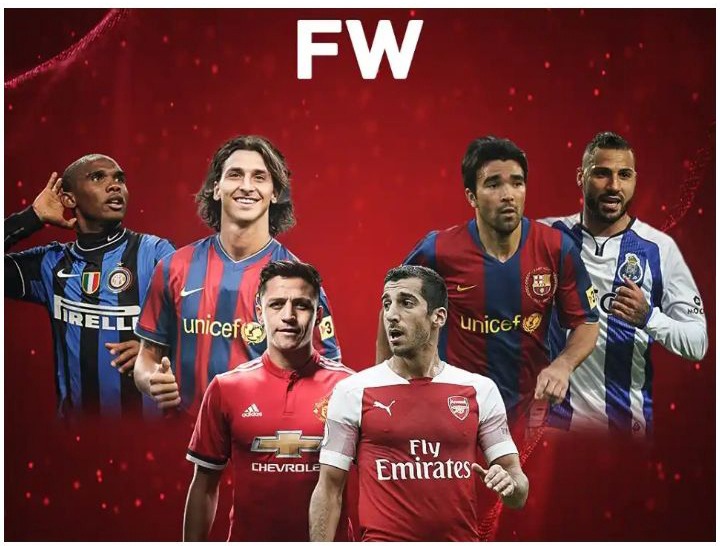 A cash for player transaction is the norm when it comes to football transfers, though throughout history we’ve seen a series of high-profile swap deals. Manchester United and Juventus are the latest sides to propose such a deal, with Paulo Dybala and Romelu Lukaku the men to be exchanged. Ensuring both clubs get value is complex, and there has often been one side who gets the better end of the deal. We’ve taken a look back at some of football’s famous swap deals, with varying degrees of success… 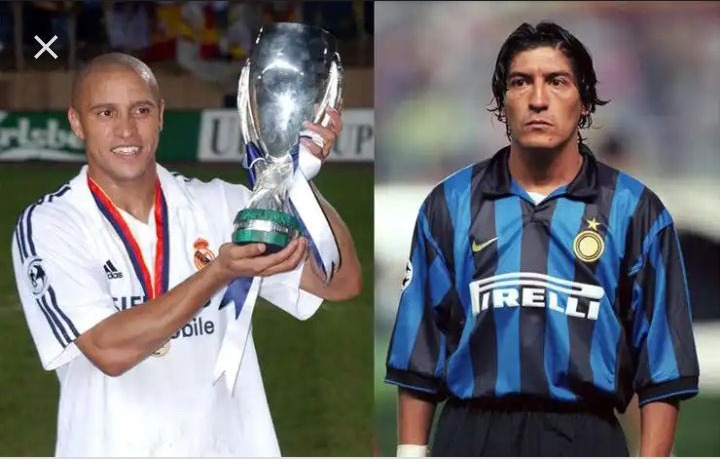 Ivan Zamorano was a stellar striker for Real Madrid in the 1990s. His goalscoring exploits caught Inter Milan’s attention. The Italian club offered left-back Roberto Carlos and a £1m fee to Madrid. Carlos developed to become an icon for the Spanish giants, who is till date considered one of the most successful players to come out from swap deals. The Brazilian spent 11 years at the club. He won four LaLiga and three UEFA Champions League titles there. 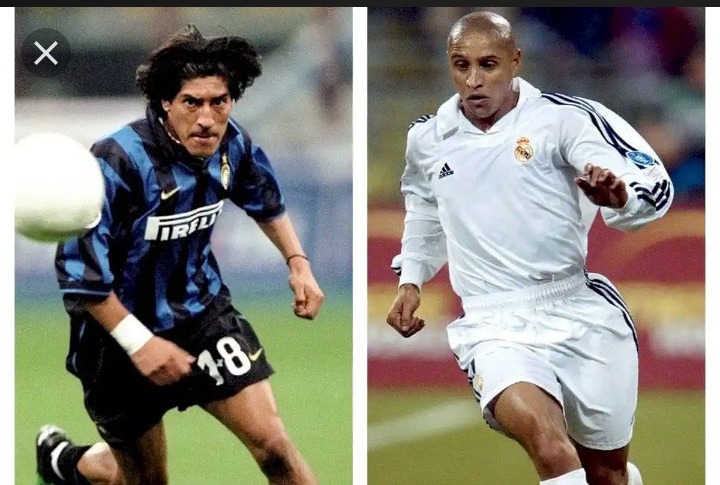 Zamorano aided Inter in claiming the UEFA Cup in 1997-98. He had scored the opening goal in the final against Lazio. Zamorano’s form, however, later declined as his tenure progressed in Italy. However, it was a given considering Carlos was entering the last phase of his career at the Nerazzurri. 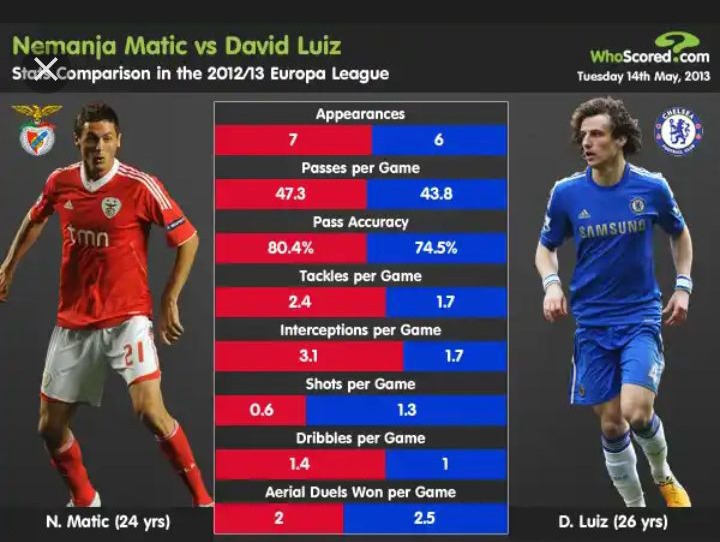 Nemanja Matic was traded to former club Benfica in 2011. Chelsea paid an additional £20m along with Matic to secure centre-back David Luiz. Both these players endured multiple stints at the club and were fairly successful in their respective spells. The Serbia international was vital in Benfica’s Taca de Liga and Primeira Liga victories.On the other hand, David Luiz won the UEFA Champions League with Chelsea. He played the whole 120 minutes in the finals and even converted from the spot in the penalty shoot-out. In 2014, the London-based club sold the Brazilian to Paris Saint-Germain for a £50 million transfer fee. Thus, this swap deal turned out to be quite beneficial for all parties involved. 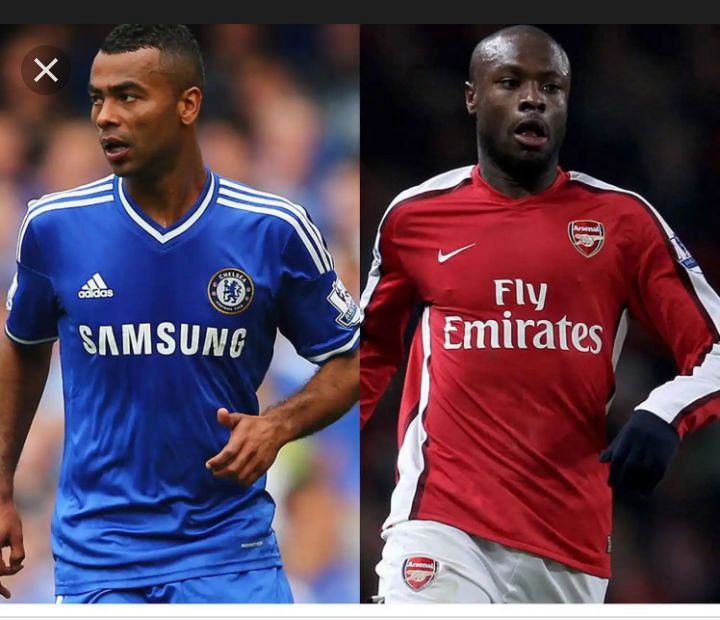 Ashley Cole’s deadline day move to Chelsea from rivals Arsenal in 2006 brought to an end one of the most bitter transfers of the Premier League era and saw William Gallas go the other way, along with a fee of £5million. Cole, a member of Arsenal’s ‘Invincibles’, added another league title with the Blues as well as four FA Cups and the Champions League in 2012 in a successful eight-year spell. Gallas won nothing with the Gunners and moved to Tottenham on a free in 2010. 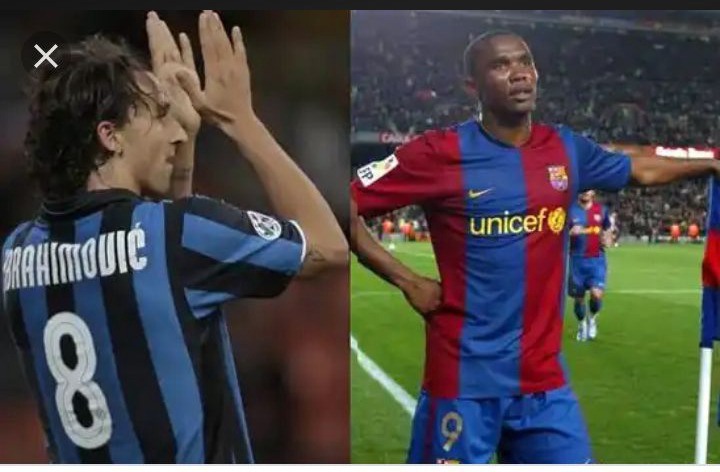 Top of the swap deals, though, has to be the Ibrahimovic-Eto'o exchange, which was worth more money and for two elite strikers in or near their prime. Perhaps it's as well that Inter came out on top, both financially and with regard to the sporting success of the two at their new clubs, given the dubious nature of some of our earlier swap deals for the Nerazzurri. 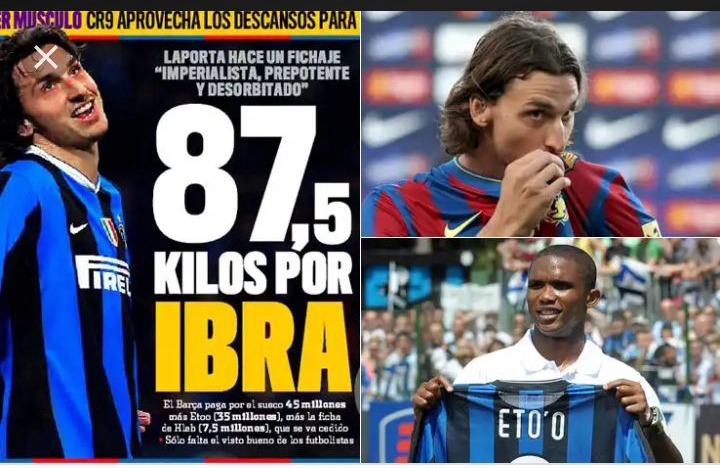 Now both veteran forwards, Ibrahmovic is a free agent having left Manchester United in the summer, 35 years old and with a long-term injury to recover from, while Eto'o has spent the last two years at Antalyaspor in Turkey, aged 36 and still averaging more than a goal every two games for his side. 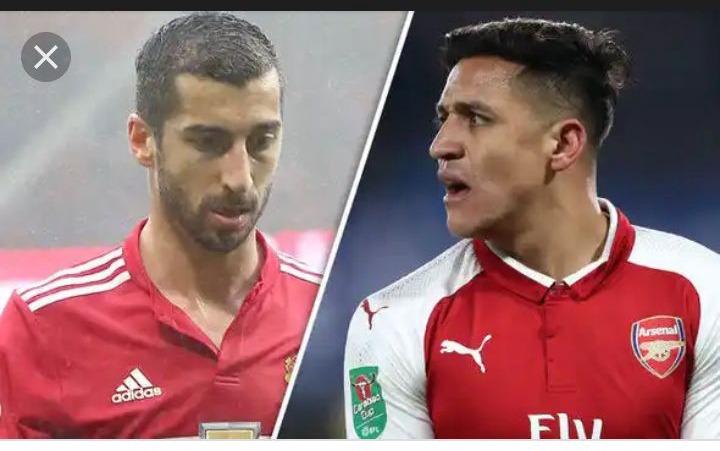 This is the most recent case of these swap deals and it’s got to be one of the oddest as neither one of the players involved in the exchange has been what their new teams and fans expected them to be. 18 months ago, Alexis Sanchez was one of the best footballers in the Premier League, which made Manchester United sign him, sending Armenian Henrikh Mkhitaryan to Emirates. 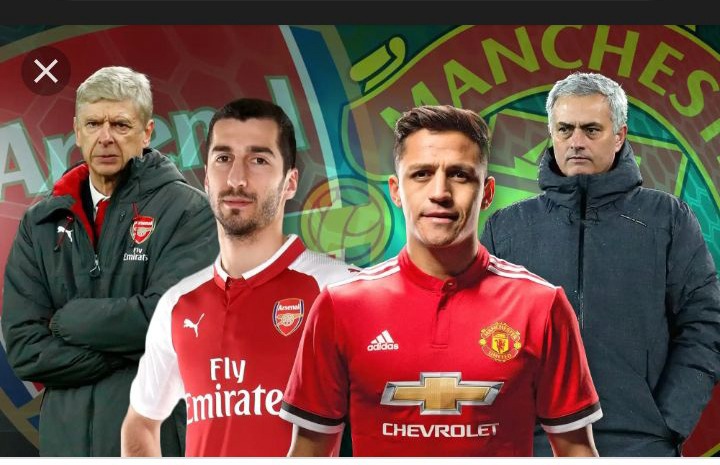 So far none of them has had a good tenure with their respective sides, even though Mkhitaryan has counted with more chances to display his game with the Gunners. Alexis’ spell at United has been just awful, scoring just 5 goals in 45 matches for the Red Devils across all competitions. The Chilean is on his way out of the team, after the worst year and a half he’s had in his career.