By KlassicSports (self media writer) | 24 days ago

Playing the UEFA Champions League with the best clubs from Europe's top-division leagues is always the highest dream for any footballer although qualifying for the competition is not easy. 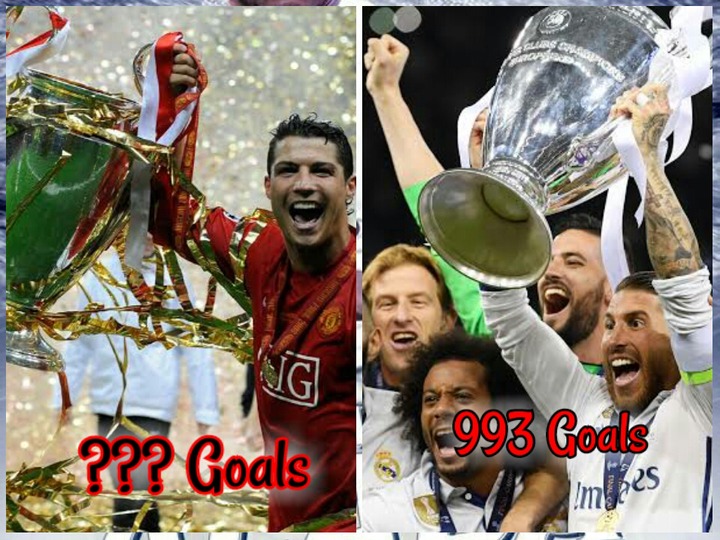 But a lot of European clubs have been regular participants in the UEFA competition while others have struggled seriously to qualify for the competition in recent years.

In the process of qualifying for the UCL, top clubs have scored a God amount of goals in most of their matches and that is one of the main reasons I will be writing in this article.

Below are 5 European clubs that have scored the highest number of goals in the UCL competition.

1. Juventus has scored a total number of 462 goals in the UCL competition so far although recently, they have not enjoyed a lot of success in the competition.

2. Manchester United has enjoyed the Champions League more and has scored a total of 522 goals.

The Red Devils have played the Champions of Europe three times in the tournament's history.

They have also housed the most popular goalscorers such as Cristiano Ronaldo, Ruud van Nistelrooy, and Wayne Rooney in the UCL competition.

3. Barcelona has scored 653 goals in the UEFA Champions League competition so far.

They have won the competition five times and have played 328 matches in the Champions League. Out of 653, Lionel Messi has contributed to 120 goals and provided 36 assists for Barcelona in the UCL.

4. Bayern Munich has scored 754 goals in the UCL competition so far and they are undoubtedly one of the most successful clubs in Germany.

Bayern has housed some of the top goalscorers in the UCL and they include Robert Lewandowski, Thomas Muller, Arjen Robben, and so on.

5. Real Madrid has scored 993 goals in the UCL competition so far and they have 13 titles to their name.

They have played in the Champions League 46 times with 452 matches. Madrid also has a record for most wins after winning 269 matches out of their 452 matches played.