Opinion: Why Raphinha Is What Barcelona Really Need Next Season 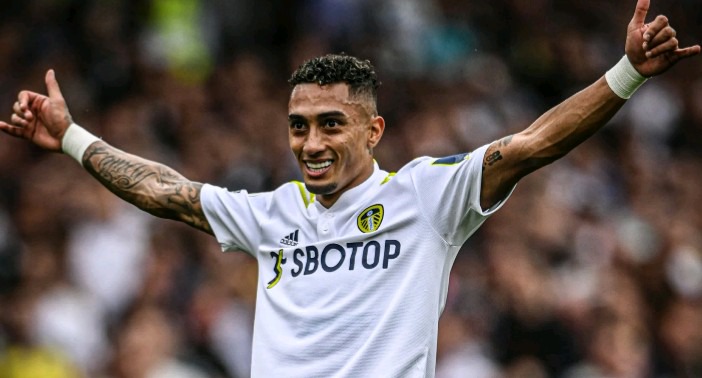 Barcelona have announced the signing of Brazilian striker Raphinha from Leeds United and all Spanish football fans are really eager to see him on the pitch.

Raphinha played 67 times for Leeds and contributed 12 assists in addition to 17 goals in all competitions. While they struggled as a team in 2021/22, he was crucial to them finishing their first season in the top division of English football since 2003/04 in a respectable ninth place, and his class has never been questioned. He was essential to their successful attempt to survive.

Raphinha, who has scored three goals and earned nine caps for Brazil's national team since joining Leeds, has played on a different level than the rest of his colleagues since his arrival at Elland Road.

Raphinha has a tremendous edge to his game, which is one of the most intriguing things about him. Brazilian players are frequently portrayed as temperamental footballers who only perform well when the spotlight is on them and the lights are shining. Men with exceptional talent but not the same hard-nosed competitors as their Argentine rivals. That is untrue.

However, players with that kind of attitude are hard to come by, and Xavi and his squad wanted to bring a man and competitor like that to Camp Nou. However, it's not the only one. Raphinha alters La Blaugrana's frontline by bringing a specific technical skill that they desperately need right now.

Arsenal, Chelsea, and Tottenham Hotspur were all interested in signing him earlier this summer and were prepared to offer him more money, but he was determined to join Barcelona. As a result, he arrives in Catalonia with real credit in the bank.

He also joins a team that has been active in the transfer market and appears poised to do so again. At Camp Nou, it is unacceptable that Barcelona finished 13 points behind Real Madrid in La Liga last season. Now that the components are in place, La Blaugrana want to fill that gap in the upcoming campaign.