UEL: Here's How The 8 Europa League Groups Look & Teams Most Likely To Qualify For Round Of 32

The star game of this round of fixtures saw Napoli play out an interesting 2-2 draw with Leicester City, Victor Osimhen scored the equalizer for Napoli deep into the second half. 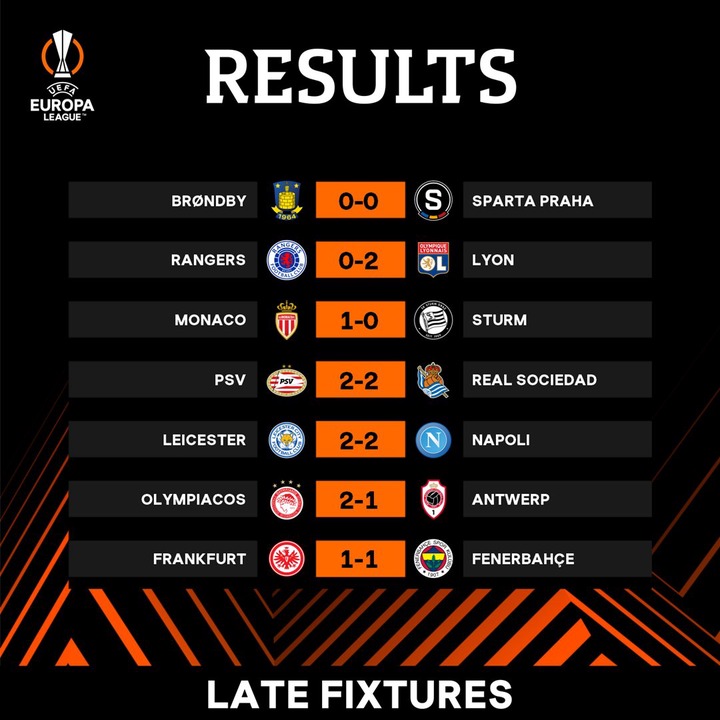 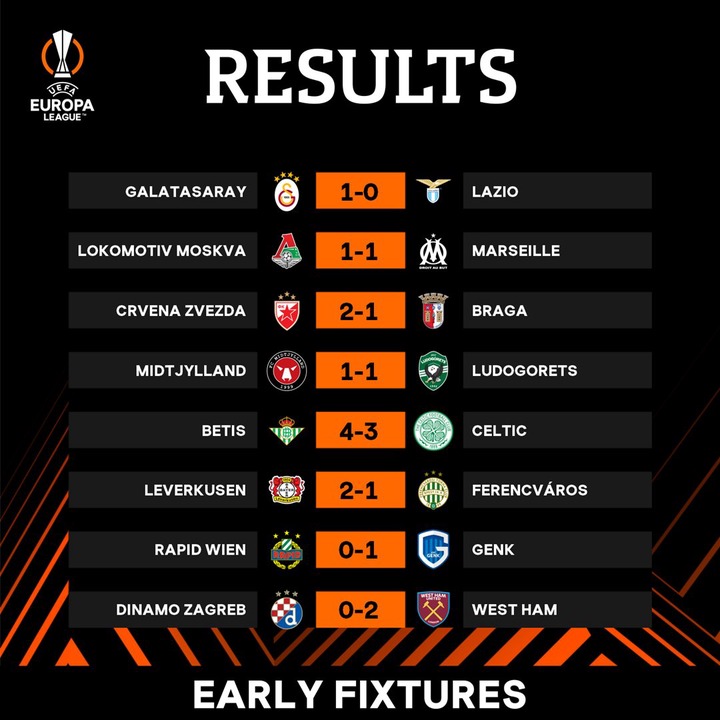 Rangers who are in fine domestic form lost 0-2 to Lyon, while Sparta Prague played a 0-0 draw with Brondby, despite today's result Ranger will join Lyon in the round of 32 stages.

Teams to qualify: Lyon and Rangers. 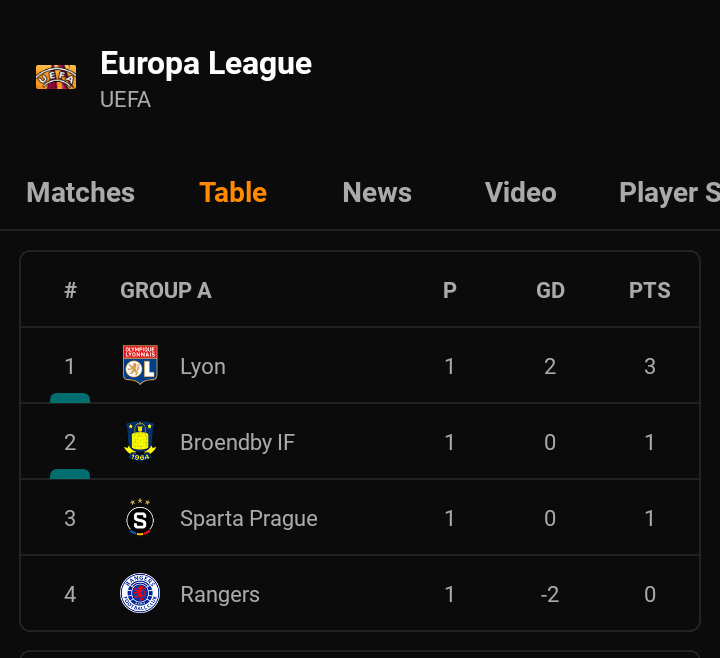 Monaco beat Strum Graz 1-0 and Real Sociedad played a 2-2 draw with PSV Eindhoven, Monaco and Sociedad are the two teams most likely to progress to the next round. 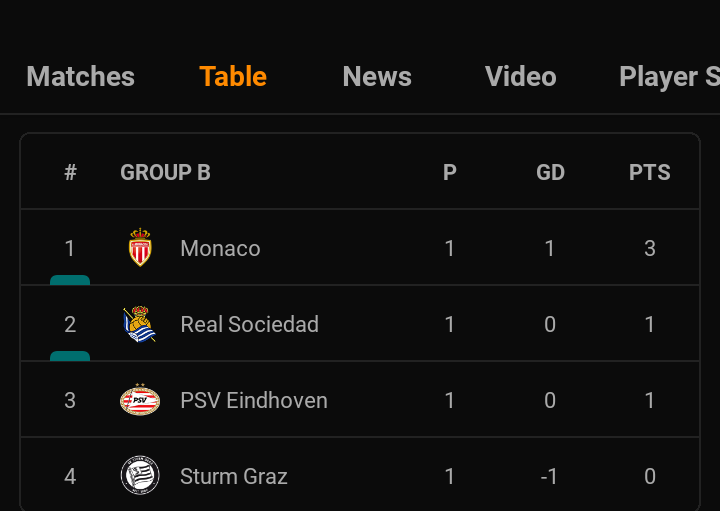 Spartak Moscow and Warsaw played yesterday with Warsaw coming out on top, Today Napoli and Leicester City played out a 2-2 draw, both teams are the favorites to progress to the next round of the competition. 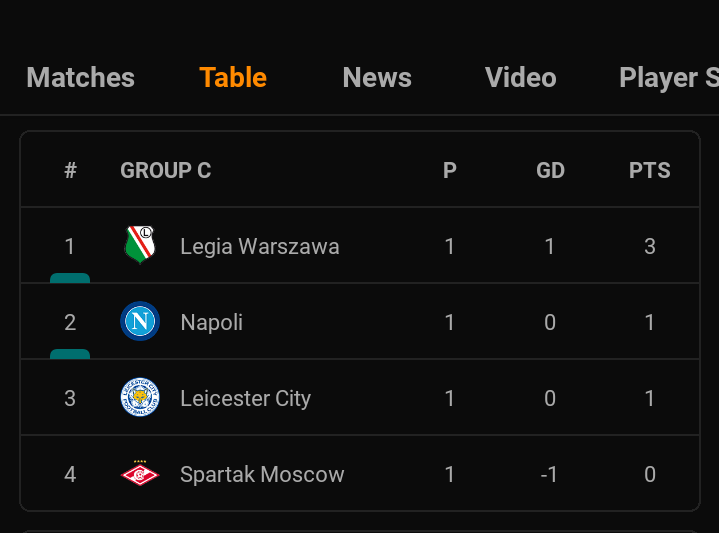 Olympiacos beat Antwerp 2-1 to go top of their group, the Fenerbahce and Eintracht Frankfurt game ended in a 1-1 draw, despite today's results, Olympiacos are unlikely to progress to the next round.

Teams to qualify: Frankfurt and Fenerbahce. 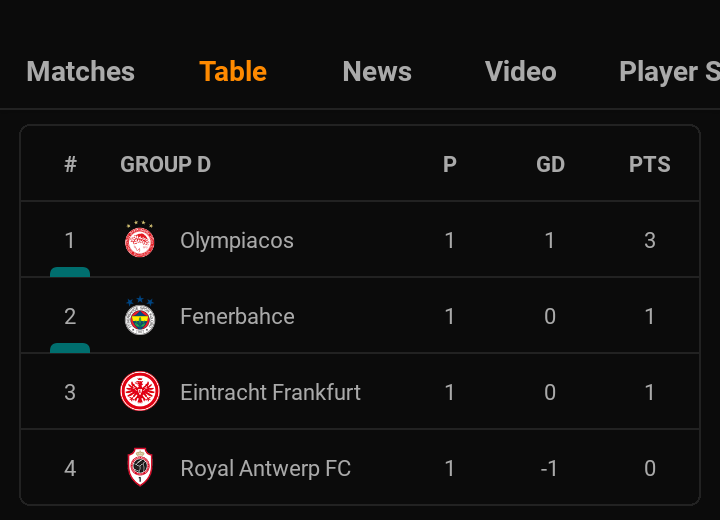 The fixtures in group E saw Galatasaray beat Lazio 1-0, while Lockomotiv Moswow held Marseille to a 1-1 draw in Russia, Cengiz Under gave Marseille the lead in the 59th minute through a penalty kick, on loan Chelsea star Faustino Anjorin levelled things up for the hosts in the 89th minute.

As it stands Galatasaray are top of the group with three points while Marseille and Lockomotiv are joint second on one points each.

Despite the results, Lazio will make it to the next round and they will be joined by Marseille.

Teams to qualify: Marseille and Lazio 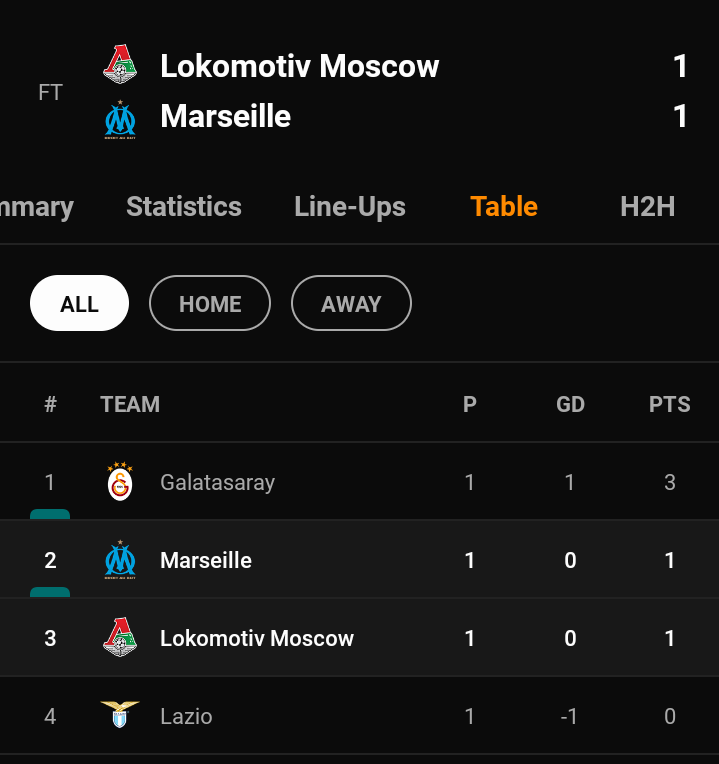 Midtjylland were held to a 1-1 draw by Ludogorets Razgard while Crvena Zvezda beat SC Braga 2-1 to go top of the group, as it stands two teams have the brightest chance of qualifying for round of 32. 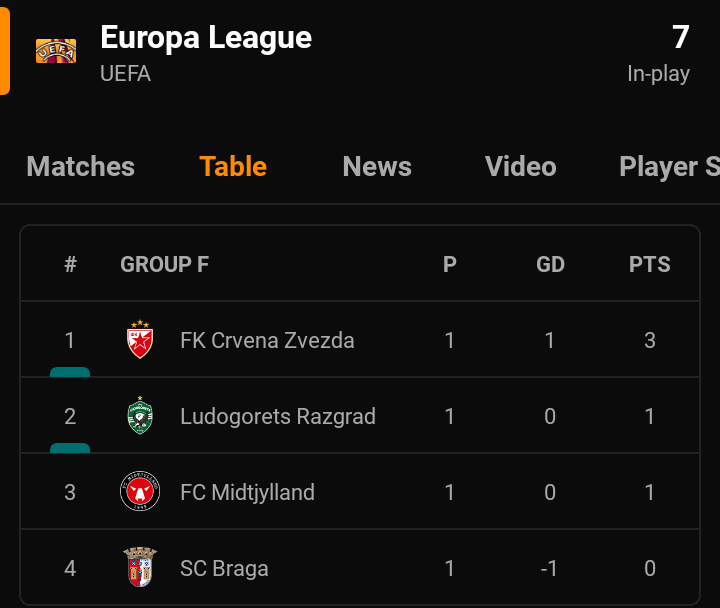 Although Celtic might have a thing or two to say in how the group shapes up to be but, Betis and Bayer will must likely progress. 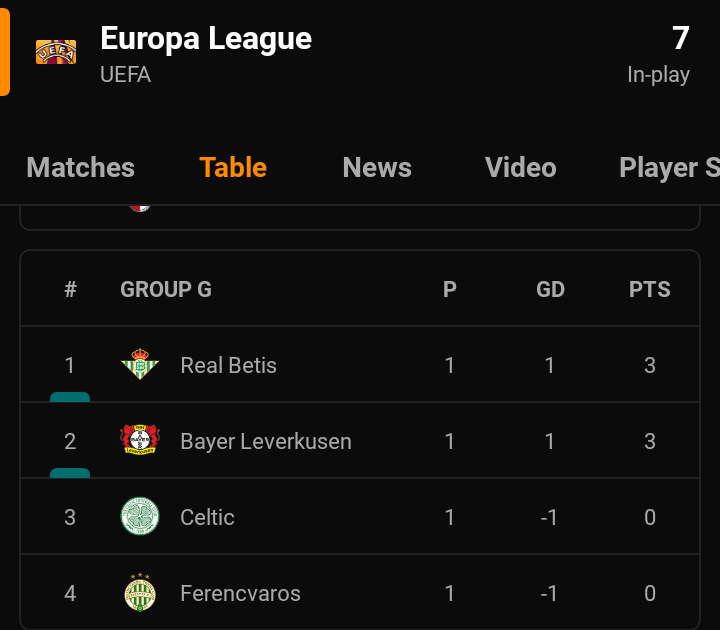 West Ham comfortably beat Dinamo Zagreb 2-0 away from home, Gent also lost 0-1 to Rapid Wien, as it stands West Ham are undisputed in Group H and Gent might be the club to join them in the round of 32. 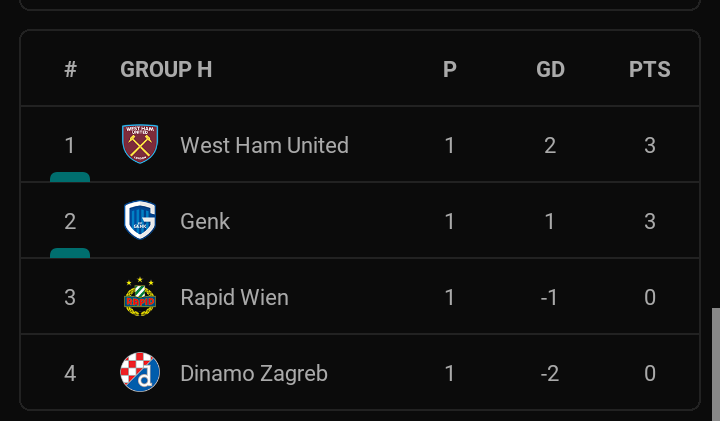