By Olisax (self media writer) | 1 year ago 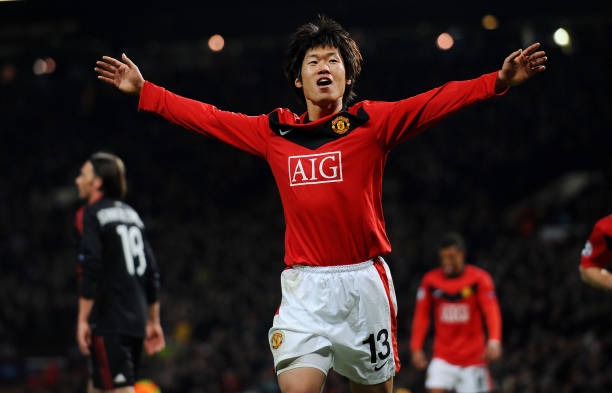 We all must have heard of the great Man United stars Carlos Tevez, Wayne Rooney and the overrated Cristiano Ronaldo that were well known for their great skills and contributions to the success of the club Manchester United, most especially the champions league title win in the 2017/2018 season. However, their success (the stars) in Man united from 2006 - 2009 wouldn't have been possible, if not for the sacrifice of the former underrated Man United legend whom i call the midfield troublemaker - reason we shall see later in this article, and it is no other than the midfielder Ji - Sung Park, sometimes called J.S Park, who as at Thursday, 25 February 2021 clocked forty years, and is now the current adviser for the K league 1 club Jeonbuk Hyundai motors.

According to former teammate, legend and current manager of club Derby County Wayne Rooney, Park was almost as important to Man Utd as Cristiano Ronaldo, see his quote below. 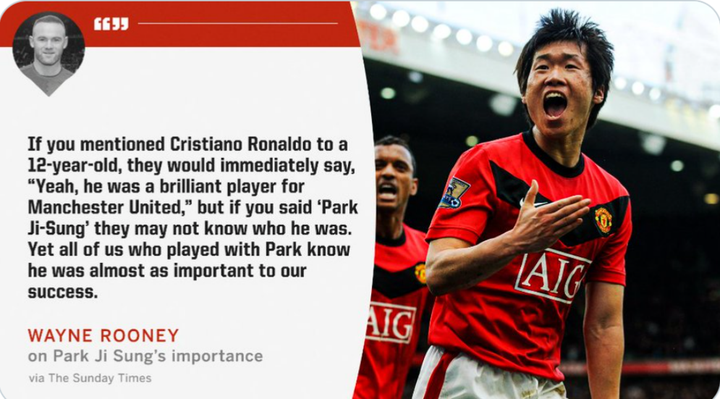 In addition to the above quote, Rooney also said

'' People say our united team had all these great players. In reality our biggest strength was as a pure counterattacking machine.

'' Park and Darren Fletcher - or both - were always involved. They were vital to us.

'' Players like me, Ronaldo, Tevez got the headlines but they ［Park and Fletcher］were as important as us if not more, because of what they did to the team.''

At Manchester United he was known to be a playmaker and a troublemaker, and was Sir Alex Ferguson's No 1 when it came to the reds participating in big league games. One occasion was in 2010, the Man united's champions league matches (First and second leg) against AC Milan, that saw Park - as instructed by sir Alex Ferguson, trouble one of the greatest playmakers of that time and current Juventus manager Andrea Pirlo, which later resulted in Man United making it past the last - 16 tie with an aggregate of 7 - 2. 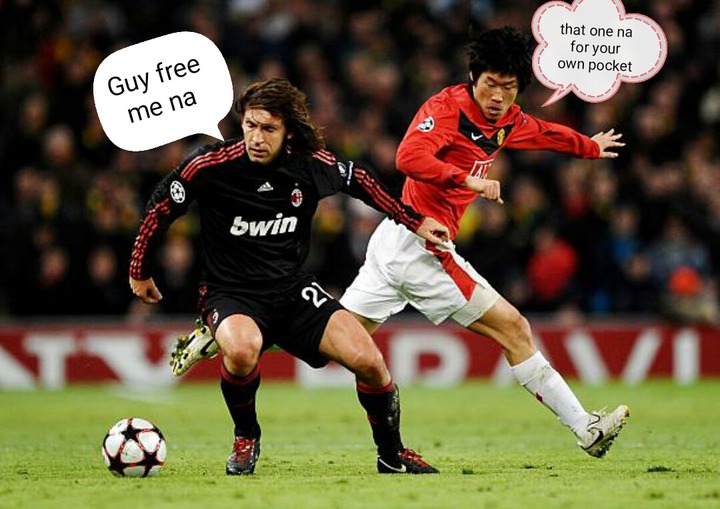 In Pirlo's book titled '' I Think, Therefore I Play '', this is what he wrote about Park, see below.

Also back in 2020, Park's former teammate Rio Ferdinand made a funny comment to BT Sport about the 2010 champions league match against Milan involving Park and the troubled Pirlo, this is what he said

'' The manager played Ji - Sung Park on him, it was a man - marking job, and i'm sure Pirlo woke up the next morning, looked at the bottom of his bed and expected to see Ji - Sung Park there.

'' Whatever the manager set out for him to do, whether it was defend against somebody, stop someone playing or go in there and make a difference in the opposing team's box, he'd carry that out.''

Apart from Pirlo, some non - Man Utd fans on Twitter expressed how they disliked Park's presence in matches against their clubs, see the Twitter comments below.

Lastly as we round up, due to Park's high endurance on the pitch, he was nicknamed ' Three Lungs Park ' .

Happy birthday Three Lungs Park, even though it's coming late from me.

Content created and supplied by: Olisax (via Opera News )