Tottenham Hotspur could easily end up victorious over Manchester City on Sunday, despite being largely considered underdogs for their Carabao Cup clash at Wembley Stadium. 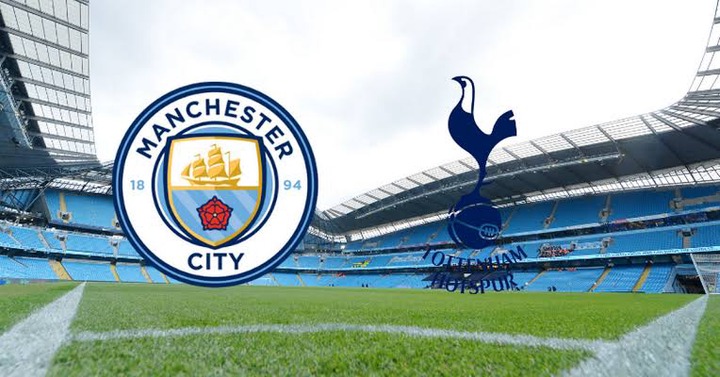 League leaders City entertain Spurs in a clash to determine the champions of England's domestic cup competition, with Ryan Mason's men proving themselves as title contenders alongside Pep Guardiola's high-flying side competing on three fronts to win trophies.

Here are three reasons why Spurs will stop Man City from running away with the League Cup trophy.

Tottenham interim manager Ryan Mason is not under any pressure to run the show after the abrupt sacking of Jose Mourinho earlier this week.

The stomping ground at Wembley Stadium on Sunday, the pressure will be laid firmly in the direction of Manchester City, as the big-spending giants come under more scrutiny, with expectations of their success even higher given their colossal investments.

And as we've seen this season, City haven't responded well to pressure—most visible in their FA Cup semifinal 1-0 loss to Chelsea last weekend exposed the underbelly of Pep Guardiola as manager who does not have Plan B when things go wrong.

This will no doubt work in Spur's favour on Sunday.

2. How To Stop Gareth Bale?

Welsh speedy winger Gareth Bale might need double-marking in this match, given his new found form, his playmaking ability from the wing and how incredibly quick he is like a time bomb ready to explode.

Bale, poses a different threat to City's ambition. Not only does he make more relevant passes, but he's also a lot quicker than their full-backs, even Joao Cancelo, Ruben Dias, Benjamin Mendy and Kyle Walker put together.

And not only is he a danger on the wings, but he's equally as effective cutting inside and, unlike almost every other player in the game, is completely unpredictable inside the final third—he can cross, shoot, play a square pass and thread a through-ball better than most other English Premier League players when he is on form.

Manchester City has not encountered a player like Gareth Bale who can sink any side on a good day. The Welsh wing wizard will pose a new kind of problem to Guardiola's side, and one it seems they could struggle to deal with.

3. Tottenham Have More To Prove

Tottenham Hotspur seemingly want to prove themselves as worthy contenders for the Carabao Cup title.

While Manchester City are largely considered favourites for the trophy, it is clear Spurs are also quite desperate to join the big boys, and such added motivation should give them the edge on Sunday.

Ryan Mason's troops seek redemption from a lacklustre season that has seen them knocked out from the Europa League and FA Cup. This window presents the only feasible window for the Daniel Levy administered side to lift a trophy this term. They will fight like wounded lions and give Guardiola's men a run for their money.

Man City (1-2) Tottenham: Ryan Mason's wards look like a side that can wreck havoc with Man City struggling in a huff and puff situation to change the scheme of things.