By WriterMedia (self media writer) | 26 days ago

In football,it is not an uncommon occurrence for a coach to substitute a player who he feels isn't doing well,or to even bench a particular player for a match,no matter the calibre of such player. A good football coach ought to know when to bench or start a particular player,as it will help the team tremendously on the pitch.

In recent times,we have seen some top coaches substitute their key players who they felt aren't doing very well on the pitch. Other times,coaches have had to personally query the player who they think isn't playing perfectly on the pitch. Either way,it is not out of place for a coach to either substitute a player who is not playing very well,who is out of form,or who has a better option available in the wing he plays. 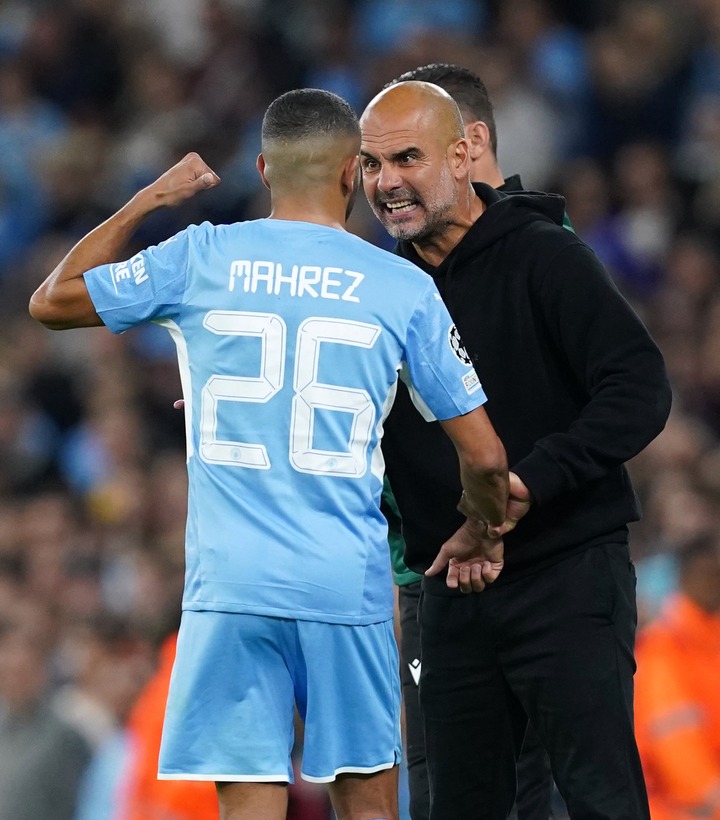 Recently, we have seen top footballers refusing to shake their coach's hand or even go for a patting embrace after the end of a game,as a way to register their displeasure over being benched or substituted while the game is still in play.

Some of these footballers had to do this in order to show their grievances,even in the full glare of cameras and fans.

In this article, we will be looking at some top footballers who refused to shake their coach's hand or even go for a patting embrace after a game simply because they were benched or substituted; 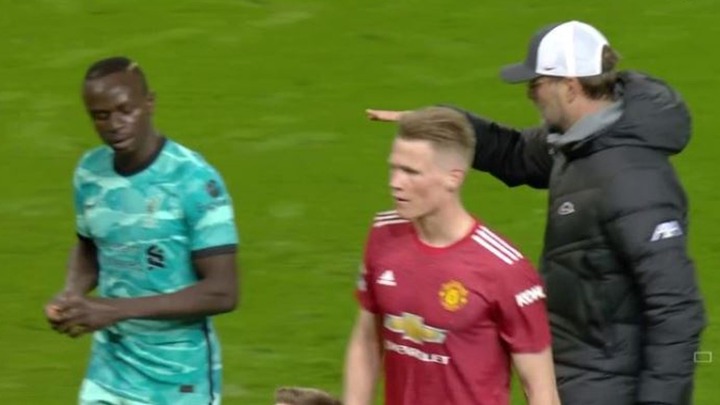 In the Premier League last season, Liverpool's wing forward,Sadio Mane refused to shake the hand of his coach,Jurgen Klopp despite a resounding 4-2 victory at Old Trafford.

The Senegalese who was replaced in the starting XI by Diogo Jota didn't look very happy on the bench,and he showed his grievance when he walked past Jurgen Klopp who had his hand outstretched for a hand shake. 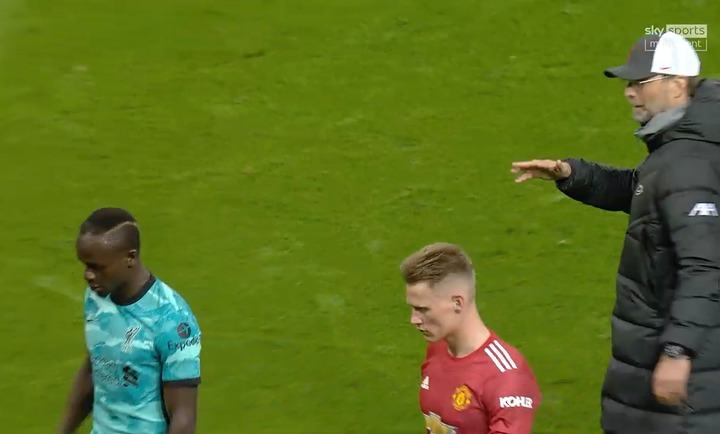 Jurgen Klopp later explained that the Senegalese behaved the way he did because he(Klopp) made a late decision during the training session to drop Sadio Mane for Diogo Jota, without first informing the former as was the usual custom.

The matter was later cleared and both parties reunited,but the player already had his name in the books of players who snubbed their coaches. 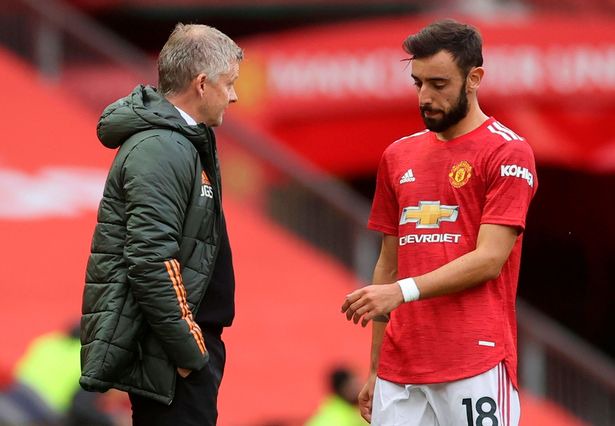 In the game against Liverpool,the Reds were drawing 1-1,and after Bruno Fernandes was removed in the 84' minute of the game,he subtly ignored his head coach, Ole Gunnar Solskjær who came to the touchline to give him an encouraging pat. 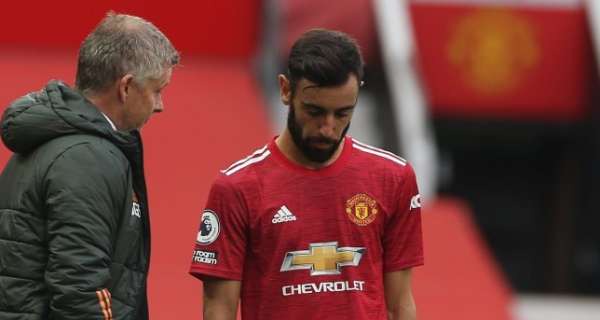 In a post match interview,the Portuguese explained that he behaved the way he did because he didn't expect to be substituted especially as he played well and had his free kick hit the crossbar.

Nevertheless,the coach had his final say and Bruno Fernandes was unlucky not to play the Anfield game against Liverpool till the full time whistle. 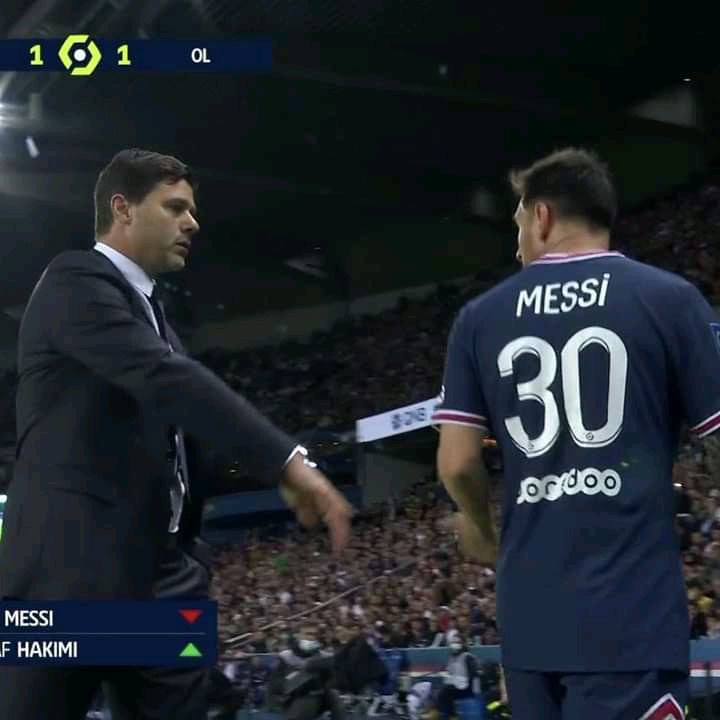 In yesterday's Ligue 1 encounter,six times ballon d'or winner,Lionel Messi refused to shake the hand of his coach, Mauricio Pochettino after the latter substituted him in the second half of the game for right back Achraf Hakimi.

The Argentine who is yet to register a goal or an assist for his new club was angry after the substitution, despite the fact that he missed a big goal scoring chance in the first half of the game. 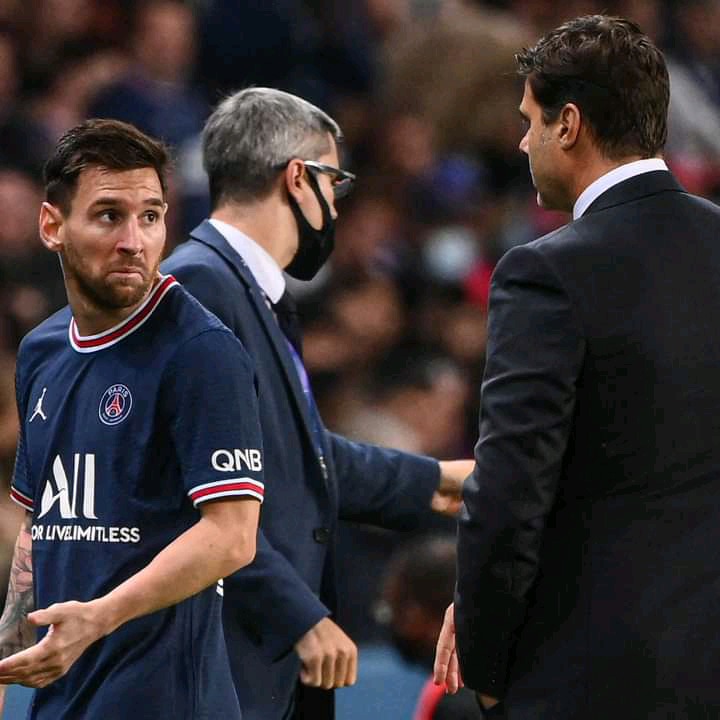 Lionel Messi rudely stomped out of the pitch, ignoring Mauricio Pochettino who had his hands outstretched for a hand shake. For a professional footballer, this was a very poor conduct,but footballers can be human too.

The Argentine will hope to score a debut goal for his new club on Tuesday in the Champions League group stage.