Willian Borges is a Brazilian international footballer playing for the Brazil National Team and the English Premier league club, Arsenal after being signed from his former club, Chelsea in the current summer transfer window. 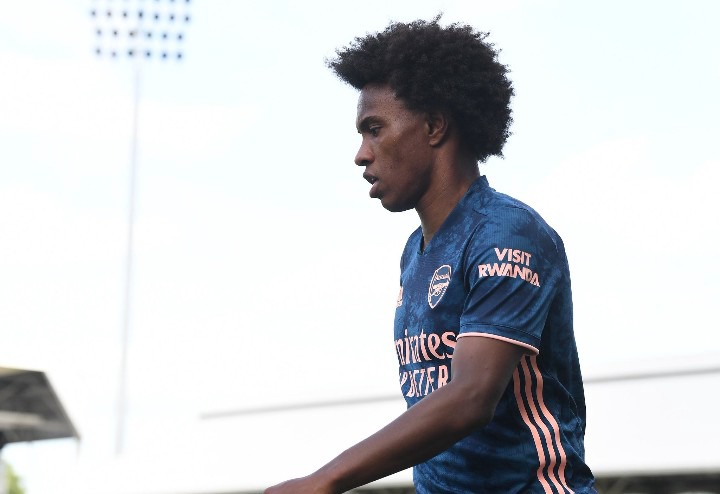 The 32 years old Brazilian International made a move to the Mikel Arteta's side after being at Stamford Bridge for about 7 years playing for the Blues. He has played with some legendary players in the club during his days at the London club with some of the players including Eden Hazard and the current Chelsea Manager, Frank Lampard, able to win various leagues titles and trophies with the Club. He was made to wear the jersey No. 10 after the club's star then, Hazard left for the Spanish laliga club, Real Madrid. 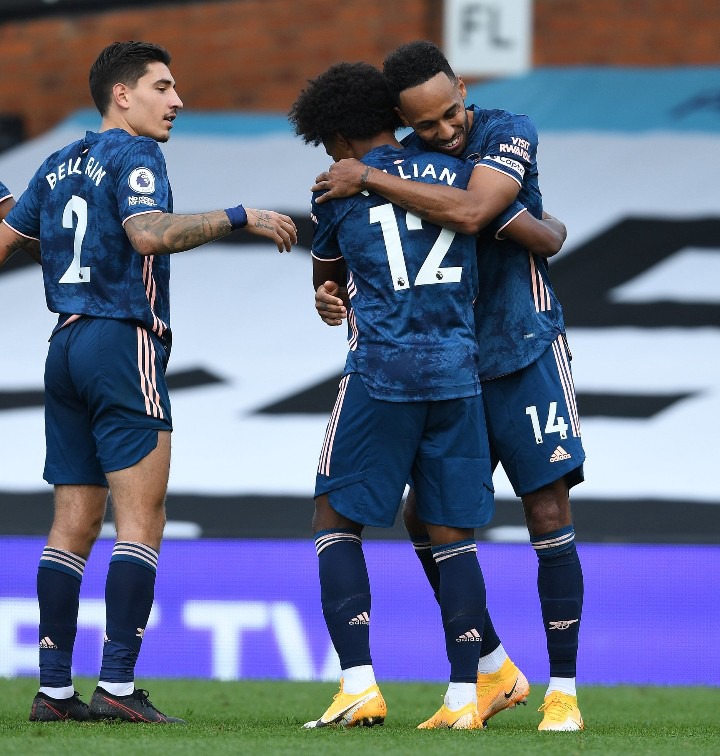 Willian's first appearance for his new club, Arsenal is such a progressive start for the forward as he is actively involved in the three goals scored from the Arteta's side, providing assists in each of the goals scored in their 3-0 win against Fulham on Saturday. 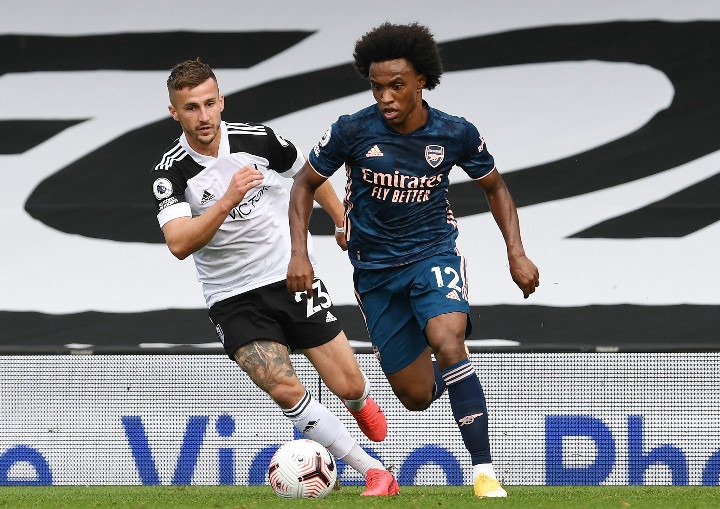 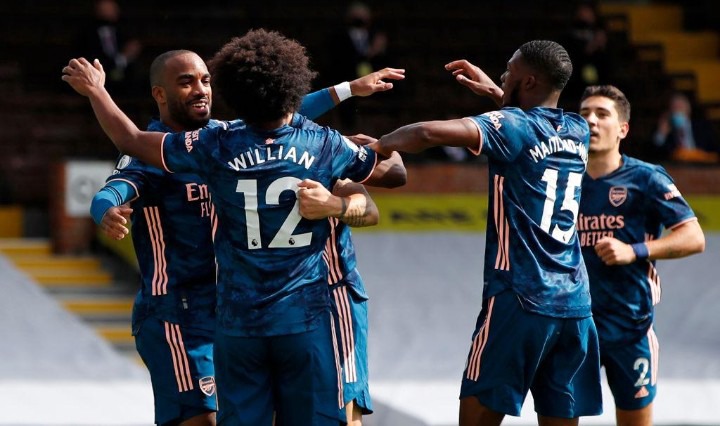 This debut appearance success by the Arsenal's forward has seen him tweeted on his official Twitter handle with him being pleased with himself and also commending the good team work of his fellow teammates. 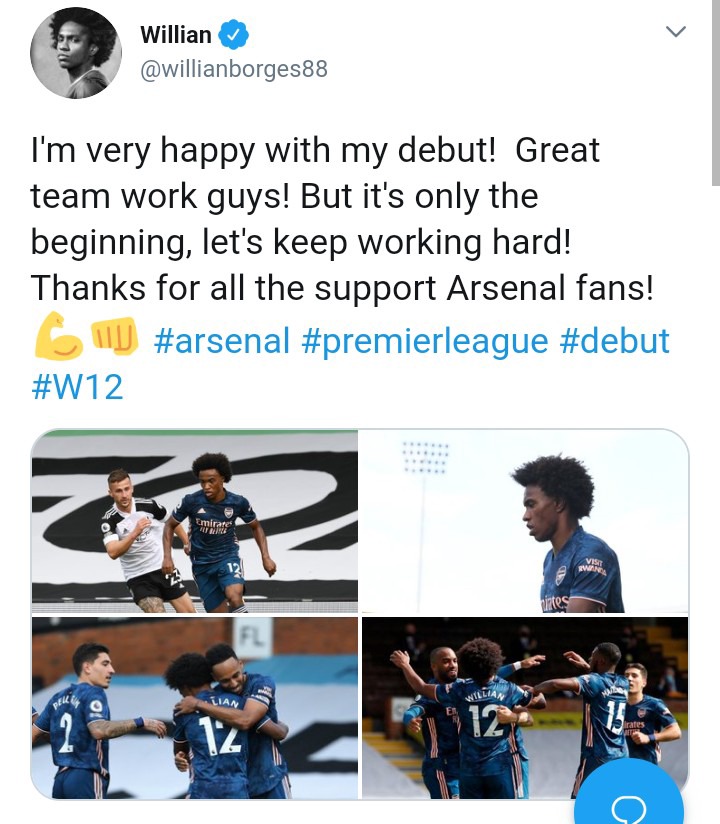 Many of his fans on the page have therefore being praising the Brazilian international's talents and skills displayed in his debut match for the Gunners: 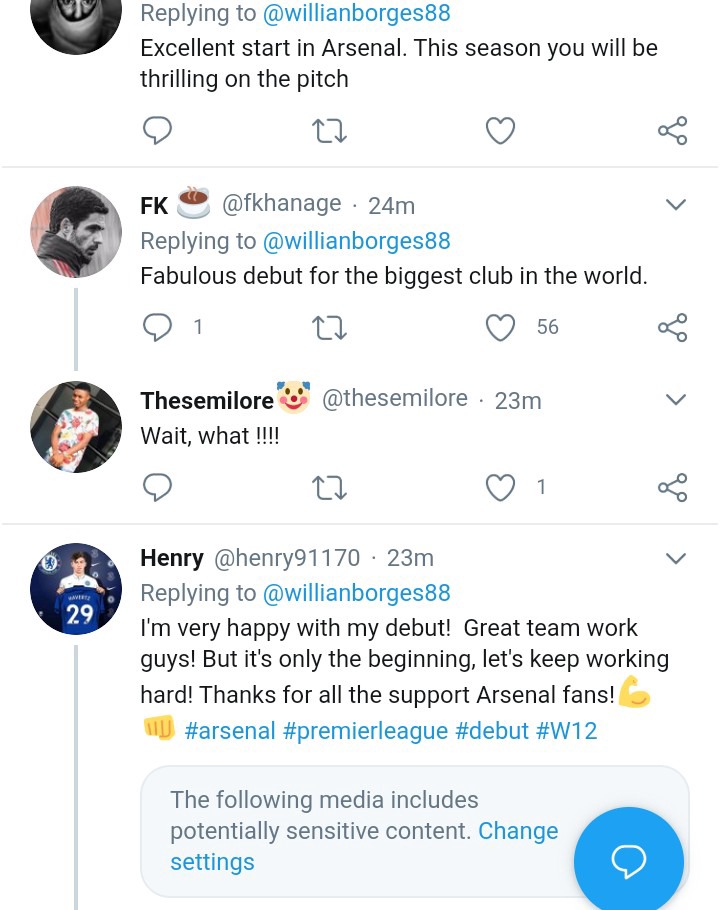 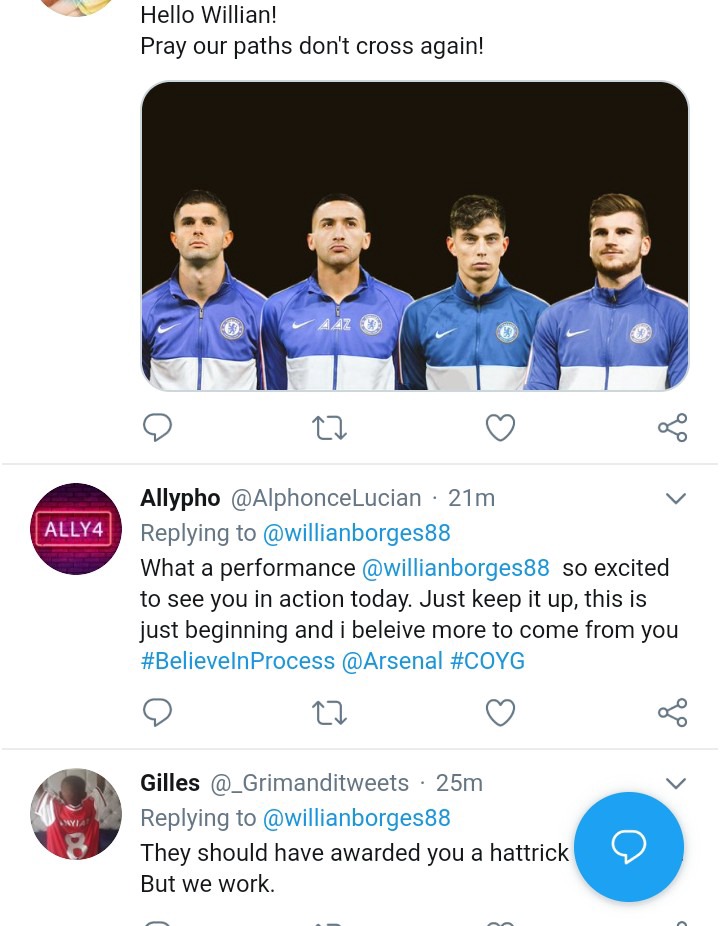 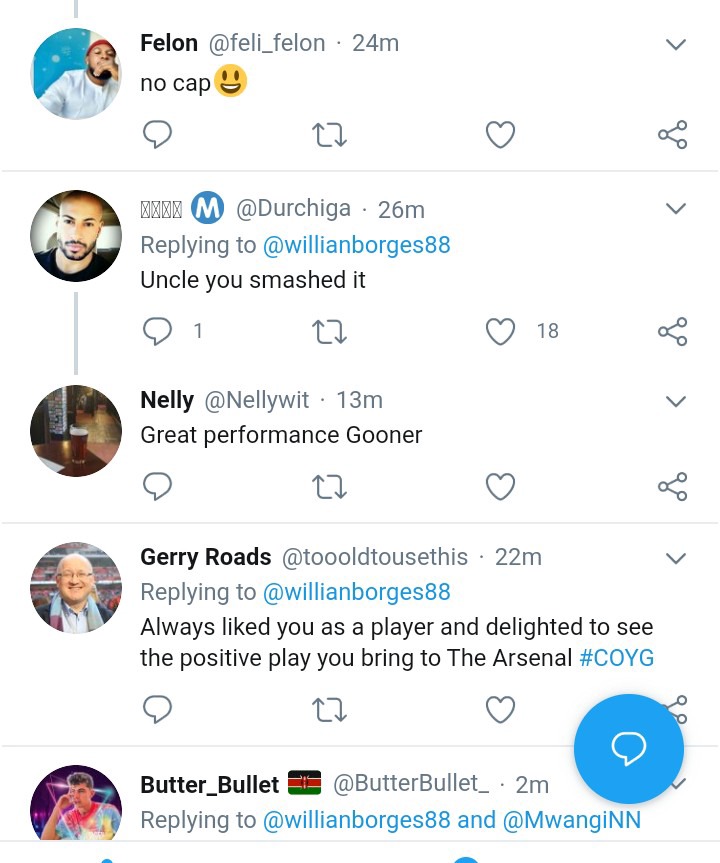 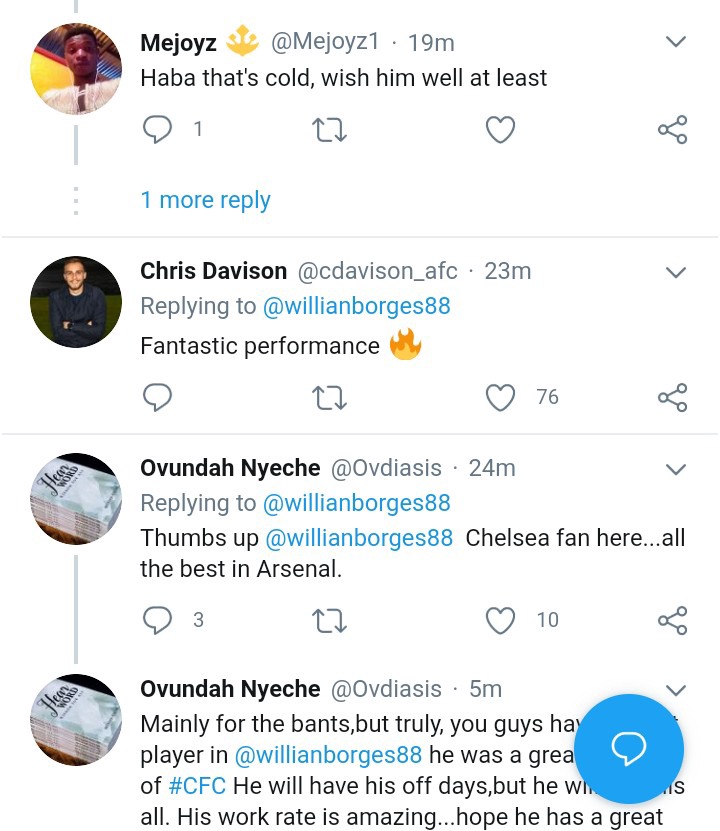 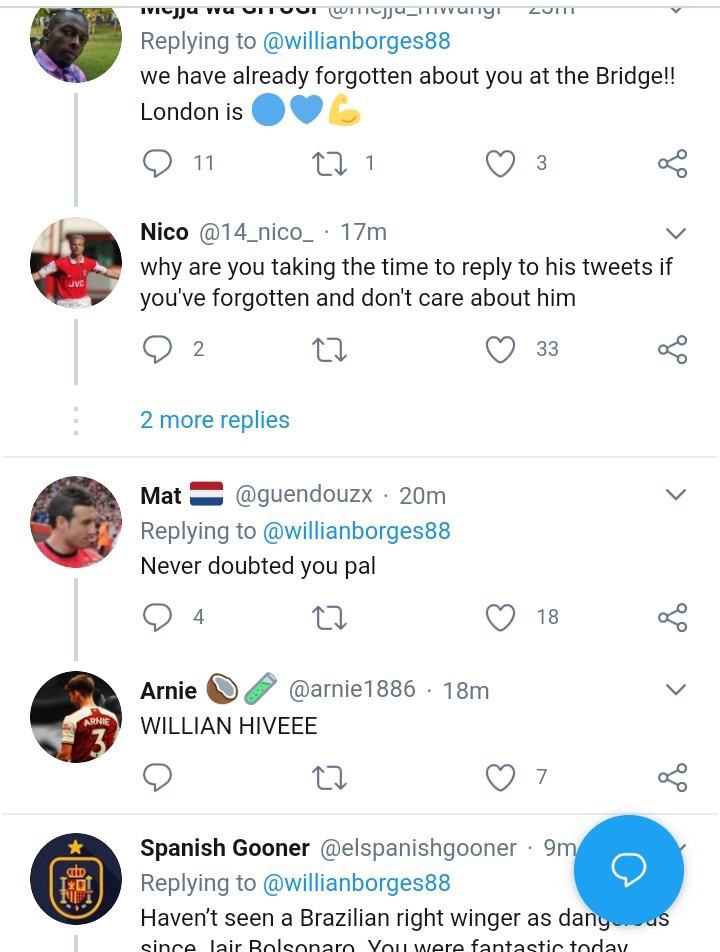