Chiellini confirms he will sign a new contract with Juventus

By BestStories (self media writer) | 1 year ago

The future of Giorgio Chiellini, Italy's defender and captain in the Euro 2020 conquest, is defined: the defender will sign a new contract with Juventus. He made the announcement himself at a ceremony held in Livorno, where he became a professional. 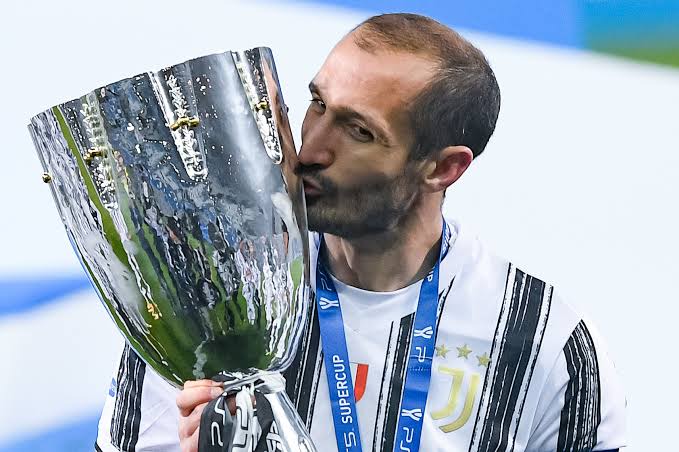 Chiellini's bond with the Old Lady officially ended on June 30th. However, the defender has already confirmed that he will soon be with the bianconeri players for the pre-season.

"I need a few more days to rest after the chaos of the last month, but I'll be in Turin on Monday and I'm happy to start all over again."

I don't know if you can imagine lifting a trophy as captain of your national team. You are already happy to play football in your city, but here we managed to surpass even the biggest dream. And I want to raise more trophies."

Chiellini left Livorno, the club that revealed him, in 2004, when he signed for Fiorentina. In 2005, he closed with Juventus and, since then, he has only worn the shirt of the Turin team and the Italian national team.

Content created and supplied by: BestStories (via Opera News )