The English Premier League continues this weekend after the champions league matches with Manchester City hosting Southampton at the Etihad Stadium. The city will be hoping to continue on their winning ways after flogging RB Leipzig with 6:3 scorelines in the UCL. Manchester United has shown impressive performance in the EPL this season after winning their three consecutive games against, Norwich City, Arsenal, and Leicester City. This article consists of fixtures, table positions, match predictions, and analysis for the EPL games on Saturday. 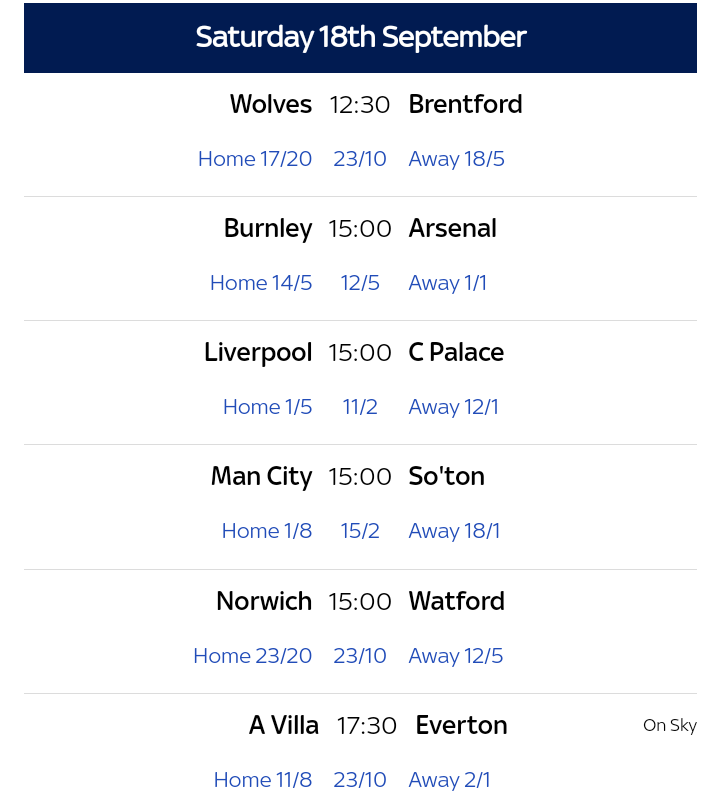 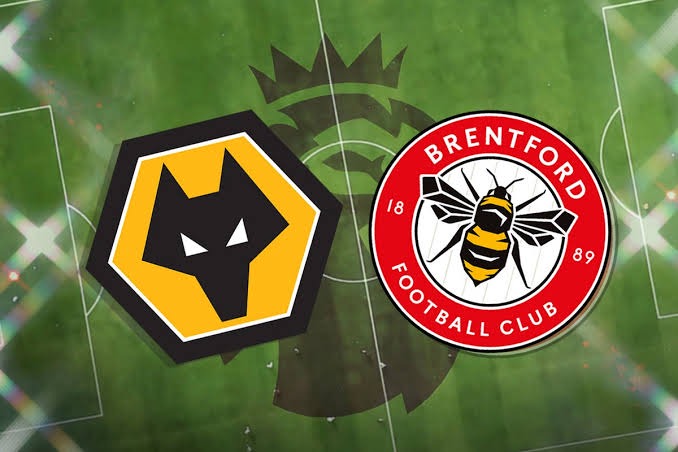 Wolverhampton Wanderers will host newly promoted, Brentford at the Molineux Stadium on the 18th of September 2021. Based on current form, Wolves are expected to continue on their winnings ways after flogging Watford 2:0 last Weekend. Brentford will be hoping to bounce back after suffering a defeat against Brighton last week.

Predictions: Wolves is the favorite to win. 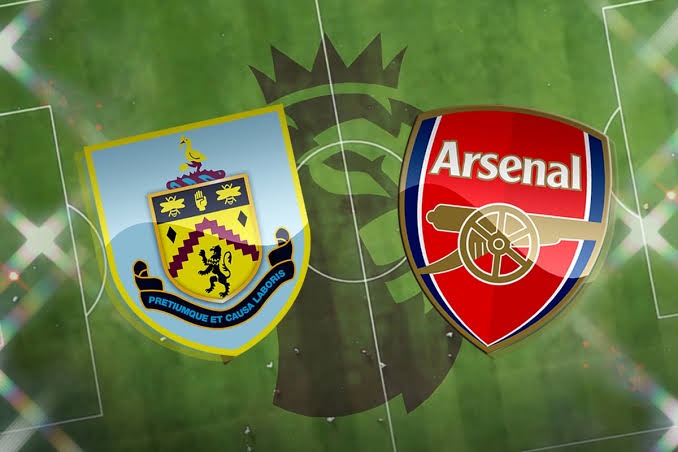 The Gunners will travel to the Turf Moor Stadium to lock horns with Burnley on an EPL clash. Mikel Arteta's Arsenal will love to continue in their winnings ways after beating Norwich City last weekend to secure their first EPL win this season. Burnley has also suffered some defeats in the EPL this season and might bounce back when they face Arsenal.

Predictions: Arsenal is the favorite to win

Liverpool will welcome Crystal Palace at the Anfield Stadium this weekend after a superb Champions League victory over AC Milan. Liverpool has been unbeaten in the EPL and would want to continue that way. Crystal Palace might go into the match with high momentum after thrashing Tottenham 3:0 in their last game.

Predictions: Liverpool is the favorite to win 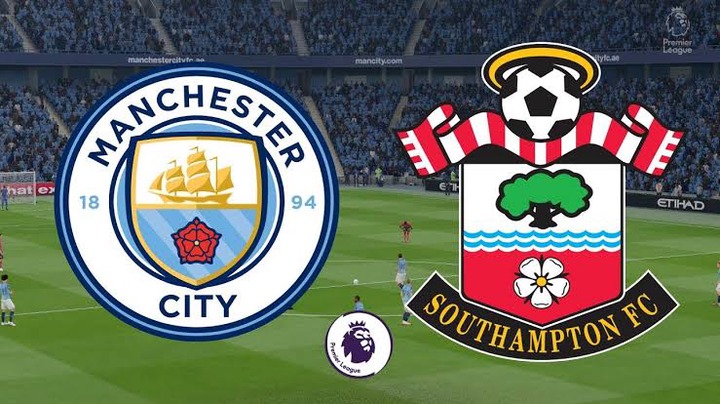 The EPL defending champions will host Southampton at the Etihad Stadium. Man City's performance this season is top-notch after they cruised to a 6:3 win over RB Leipzig in the UCL. Pep Guardiola's Man City would love to continue their EPL chase after winning their three consecutive EPL games.

Predictions: Man City is the favorite to win

Newly promoted, Norwich City will host Watford on a Premier League clash on the weekend. Both teams suffered a defeat last weekend in the EPL games and are expected to get a draw when they face on Saturday. 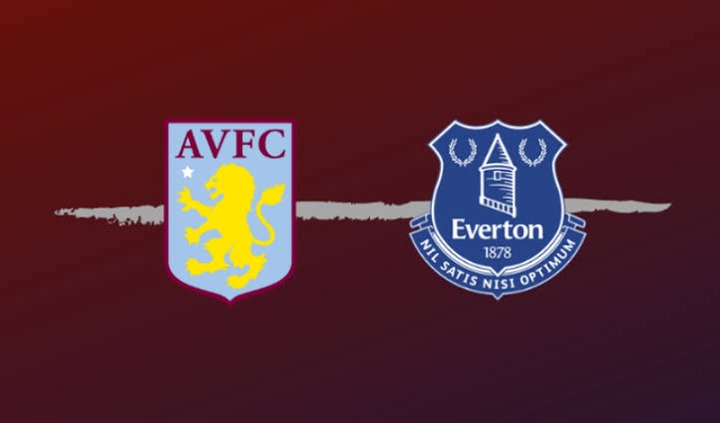 Strong Aston Villa will host Everton at the Villa Park stadium for an interesting PL match. Aston Villa is expected to win the match after a nice performance against the European champions, Chelsea last weekend. Villa was exceptional despite being thrashed by the blues.

Manchester United tops the Premier League table with 10 points while Chelsea, Liverpool, and Everton are in the 2nd, 3rd, and 4th positions respectively with the same 10 points. Any draw from the top four teams might deny them the top four positions after Saturday's matches.

Here is the Full EPL table. 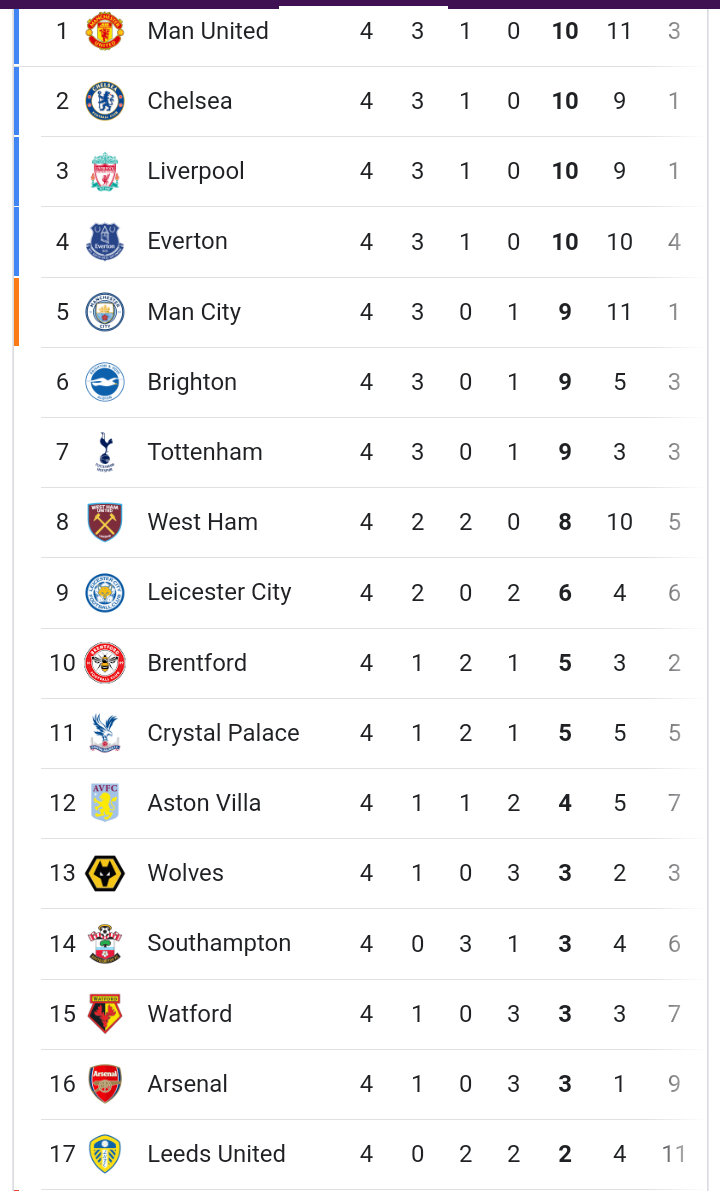