Chelsea will be looking to maintain their lead at the top of the Premier League table when they welcome a struggling Norwich team at Stamford Bridge on Saturday. On paper, it should be an easy win for the Blues but in the Premier League, there is no such thing as an easy win. That means for Chelsea to win, once again Thomas Tuchel will have to get some tough decisions right. 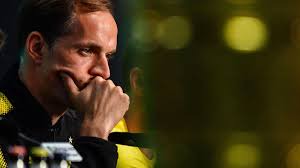 I have discussed the two tough decisions facing Chelsea's German manager ahead of their Premier League clash with Norwich. They are stated below.

1) Who starts in central midfield?

Chelsea has 4 in-form central midfielders but my focus is on Jorginho and Loftus-Cheek who have unique but effective playing styles. The initial relies more on his brain as he is not that strong or quick while the latter relies on his strength and dribbling skills. Either way, they both create chances and they are in form. 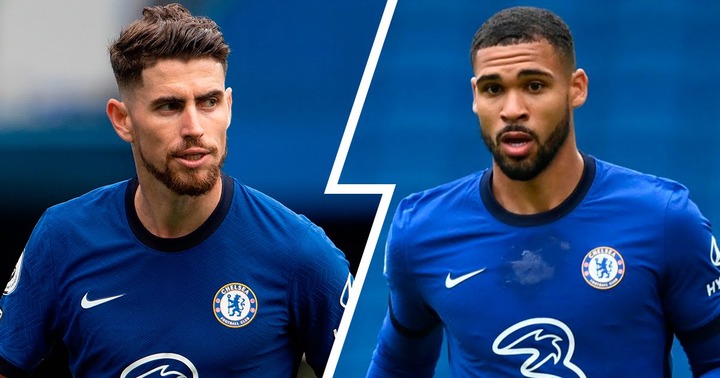 Jorginho on the left and Ruben Loftus-Cheek on the right (Photo credit: Tribuna)

Jorginho won the man of the match award in the Champions League match against Malmo while Loftus-Cheek constantly relieved pressure in the match against Brentford by dribbling past their high press. It was more effective in the first half of that game.

I don't think both players will play together against Norwich as the injuries to Romelu Lukaku and Timo Werner means Tuchel will likely return to the 3-4-2-1 formation which makes use of two central/defensive midfielders.

For me, one of those positions belongs to N'Golo Kante who should be starting whenever he is fit. Who takes the other position depends on the style of play of the team Chelsea will play against.

A team that defends their penalty box suits Jorginho better as he could pick out a pass that would unlock that defense while a team that presses high suits Loftus-Cheek as he can go past that press. 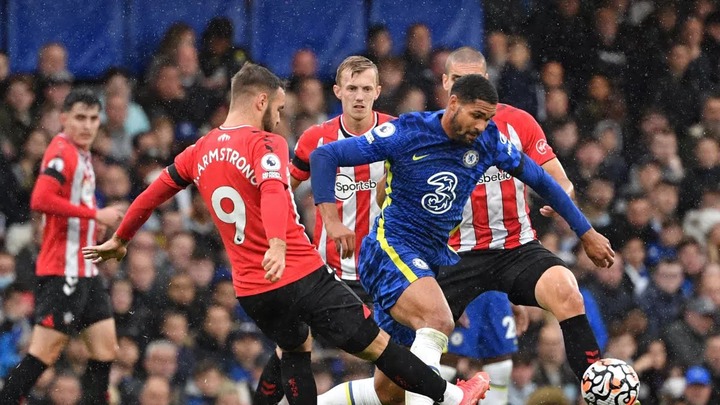 One disadvantage of the high press is that it leaves space at the back which the opponent can take advantage of any time they beat the press. I think Loftus-Cheek will be starting ahead of Jorginho once he starts to take advantage of such situations which comes anytime he beats the press. In the last 2 games he did not, he holds the ball about 3 to 5 seconds too long and that is why we are having this debate.

Having said that, I think Norwich will be forced back as Chelsea would likely control the midfield. Therefore, like against Malmo, N'Golo Kante and Jorginho should start.

2) Who starts on the left-wing?

It's easy to guess that Kai Havertz will start in the number 9 position as he is the only fit Chelsea player that can play in that position in the absence of Lukaku and Werner.

The difficult one to guess is who starts in the left-wing. It won't be Mason Mount as he will likely start on the right-wing and won't be Christian Pulisic as he is still injured. That means the battle is between Hakim Ziyech and Callum Hudson-Odoi who Tuchel has started to play in his preferred position. 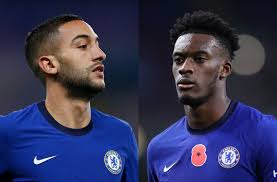 Hakim Ziyech on the left and Callum Hudson-Odoi on the right (Photo credit: Ace Football)

For me, Hudson-Odoi should start against Norwich as he seems to be full of confidence at the moment. In the matches against Southampton and Malmo, he was direct as he looked to use his pace and dribbling skills to go past defenders at every given opportunity.

He assisted the goal Kai-Havertz scored against Malmo and would have had an assist to his name in the match against Southampton if Werner's goal wasn't disallowed.

A winger that can dribble past defenders creates or scores goals out of nothing. With Pulisic still injured, Hudson-Odoi is starting to show he could be that special player.