Seven (7) teams including PSV, Celtic and Ajax have won the European treble in football history.

However, since the European Cup was renamed the Champions League in 1992, only four (4) teams are treble-winners to date.

In this article, Jbstylez presents to the public the teams that have won the Continental or European treble since 1992.

Ever since the European Cup was renamed the UEFA Champions League in 1992, just four (4) teams have won the European treble.

Manchester United remain the only English team to ever win the European treble.

The Red Devils achieved this record in 1998/1998 where they won the Premier League, FA Cup and the UEFA Champions League.

Here's the United squad that made history in 1999: 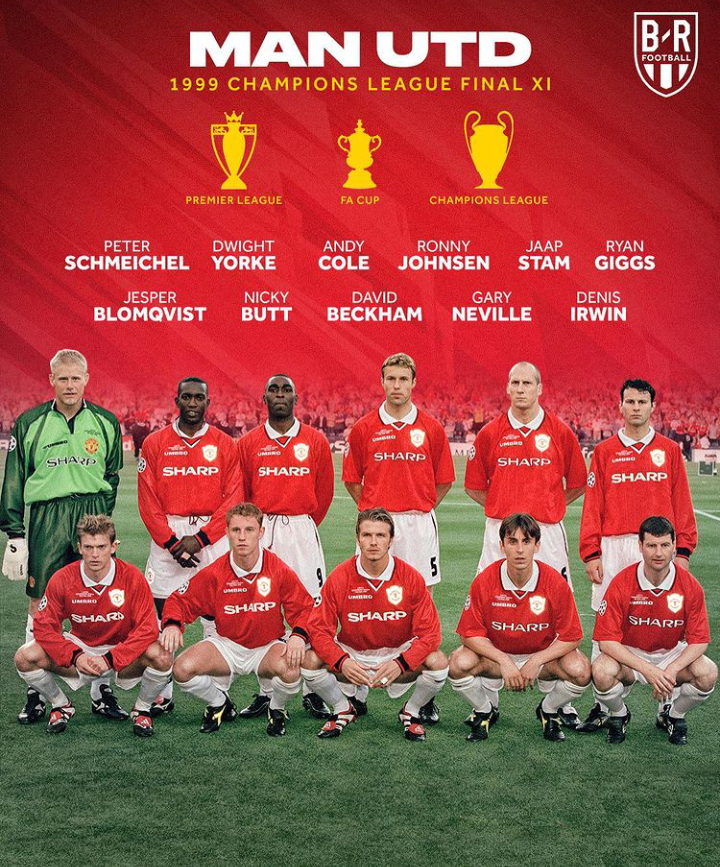 Barcelona are one of the two teams to win the European treble more than once.

In 2009, under the leadership of Pep Guardiola, Barcelona won the sextuple (6 titles) that included a European treble.

The 2009 winning team is arguably the best squad in Barcelona's history.

Check out the team below: In total, they won 5 titles, losing only the Spanish Super Cup to Atletic Bilbao. Under Jose Mourinho, Inter Milan won their first European treble. It is also the first treble won by an Italian team. Bayern Munich are the second team to win the European treble more than once after Barcelona.

Check out the team below: Under Hansi Flick, Bayern were simply unstoppable in the UCL.

Bayern Munich, last year were scoring goals for fun and it remains to be seen if they can successfully defend their crown this season.

Check out the free-scoring, historical squad below: The world has its eyes on Manchester City, due to their impressive form in the Premier League.

But does City have what it takes to win the European treble?