The Super Eagles of Nigeria will continue their FIFA World Cup qualifier against the Cape Verde national team on Tuesday evening, and a victory for the team will definitely give them the opportunity to extend their lead on top of their group table. 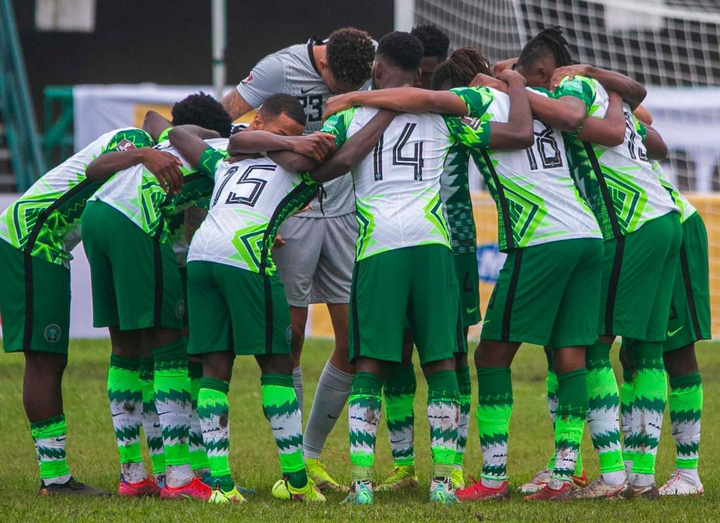 Gernot Rohr led team are currently sitting at the top spot of group C table with 3 points from 1 match played, thanks to Friday evening's victory over Liberia national team at Teslim Balogun Stadium in Lagos.

The three times Africa Cup of Nations Champions will now be looking forward to winning against their opponent later today in order to extend their 100% winning record in the ongoing qualifiers. Here are the four things Gernot Rohr needs to do in order to get the maximum 3 points against Cape Verde national team in FIFA World Cup qualifier today;

The Nigerian Super Eagles were exceptional against the Liberia national team last week Friday, as they defeated them 2-0 at Teslim Balogun Stadium in Lagos, thanks to Kelechi Iheanacho's first half brace.

Coach Gernot Rohr decided to use the 4-3-3 formation against their opponent, and he was able to get the maximum three points needed in the game.

If the team needs another three points, they need to stick with the same formation they used against Liberia national team later today.

Start Paul Onuachu in the attack

With the look of things, there is probability that England based players will not be available for selection when the Super Eagles play Cape Verde national team today because of English Premier League Covid-19 rules, and that means Kelechi Iheanacho won't be available for the game.

The best player to replace the Leicester City FC star is Paul Ebere Onuachu who has been exceptional for KRC Genk of Belgium since the beginning of last season.

The former FC Midtjylland of Denmark star netted two goals for Super Eagles against Benin Republic and Lesotho national teams earlier this year and he will be looking forward to continuing his impressive scoring form when he leads the team's attack today. Innocent Bonke should start at the midfield

Leicester City FC midfield maestro Wilfred Ndidi is not expected to be available for selection just like Kelechi Iheanacho, and the best player to replace him is in-form Malmo FC star Innocent Bonke.

The youngster has been superb for his club-side since the beginning of the season, and his excellent performance made Gernot Rohr to give him his first call-up to the national team, and he will definitely showcase his talent if he's given a starting role in the midfield today.

The Paderborn football club of Germany left-back was given a surprise starting role by coach Gernot Rohr on Friday ahead of FC Porto star Zaidu Sanusi, and he was exceptional for the team against the Liberia national team, and he was involved in one of the two goals scored by Kelechi Iheanacho. Collins will definitely extend his impressive run if he's given another starting role today.