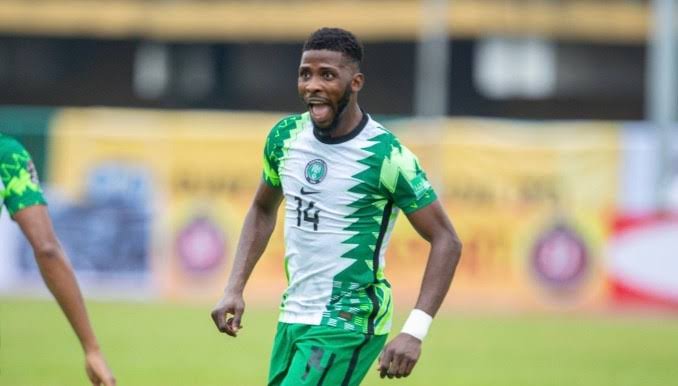 Nigeria will be facing Cape Verde in the 2022 FIFA World Cup qualifying match on Tuesday without the 7 UK-based players in the initial 30-man squad. Punch reports that all 7 of these players have left the Super Eagles camp for their various clubs.

All of these players started the game against Liberia last weekend, with the exception of Etebo.

With the Super Eagles travelling with a depleted squad to Cape Verde, here is a lineup of the best available players for the World Cup qualifying match.

Maduka Okoye started the game against Liberia in Lagos and kept a clean sheet.

He is set to also start the match against Cape Verde on Tuesday. 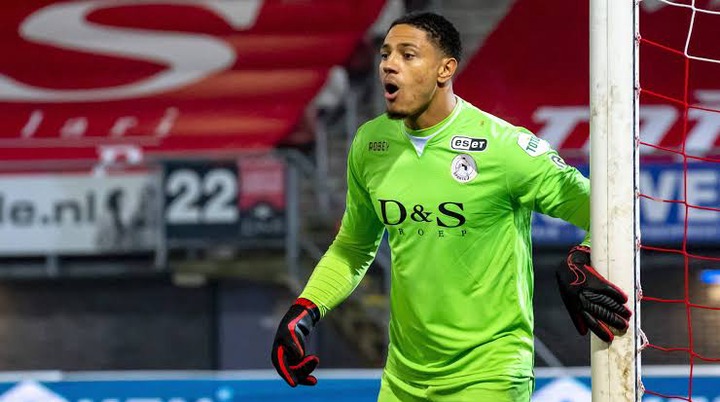 Jamilu Collins continued his great club form at the start of the season in the match against the Lone Stars.

The left back was a constant threat on the left and performed his duties well defensively. He had a hand in the second goal as it all began from his long throw.

He is very likely to start the game against Liberia. 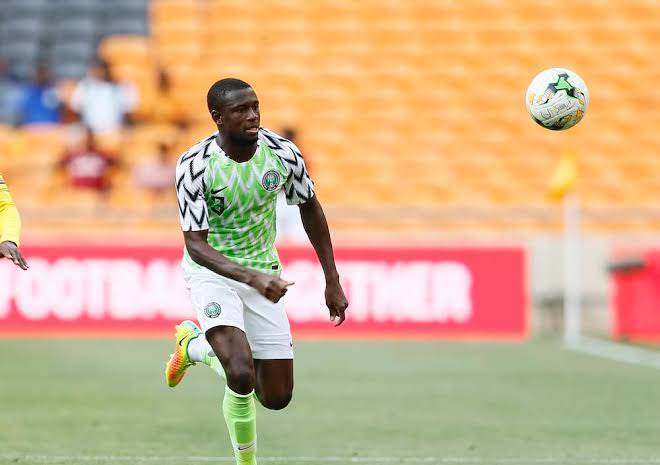 William Troost-Ekong and Leon Balogun have been Nigeria's first choice partnership in the centre of defence for a couple of years now.

Both players are among the players to return to their various clubs.

In the absence of these players, Kenneth Omeruo and Chidozie Awaziem are likely to get the nod on Tuesday.

Gernot Rohr gave Ola Aina the starting spot against Liberia and the right back did nothing to harm his chances of retaining his spot.

He is likely to be the chosen one for the game against Cape Verde.

Abdullahi Shehu is primarily a full back but can and has played in the defensive midfield position in the past.

With the likes of Wilfred Ndidi and Oghenekaro Etebo gone, he is likely to get the nod for the next game.

Kingsley Michael was one of the 7 players called up to replace the ones leaving.

With the Super Eagles very much depleted in this area of the pitch, it won't be a surprise to see Michael in the starting XI against Cape Verde.

Ahmed Musa is the most senior player currently in the squad.

He didn't start against Liberia but came off the bench in the game. With the players gone, he is definitely going to be in the starting XI come Tuesday. 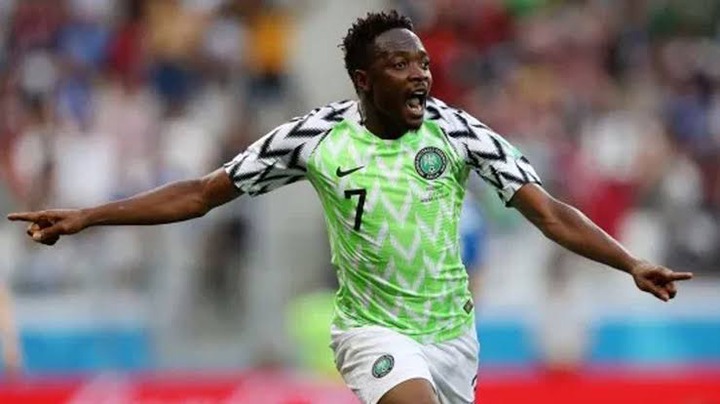 Samuel Kalu also didn't start the game against Liberia but in the absence of Kelechi Iheanacho and Alex Iwobi, this is his opportunity to prove his mettle in the national team.

Hopefully, he takes his chance.

Moses Simon's versatility means he could be chosen to work closely with the centre forward.

He is most dangerous on the wings but he can also play just behind the striker.

He is definitely going to start against Cape Verde but time will tell where Gernot Rohr will choose to utilise him.

Victor Osimhen was very poor in the game against Liberia as he wasted lots of scoring chances.

Perhaps, this is the time for Paul Onuachu to get his chance.

The Nigerian already had 3 goals in 7 games at club level so far this season. It won't be a surprise to see him starting on Tuesday. 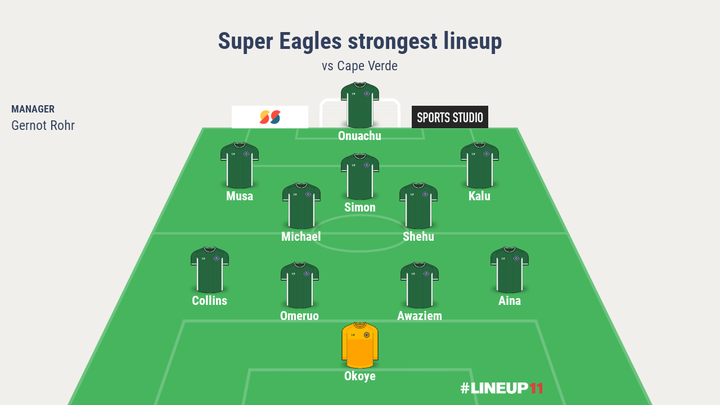