Opinion: Why these four coaches are going to push all through the Premier League this season.

By AdetimiObanla (self media writer) | 1 month ago 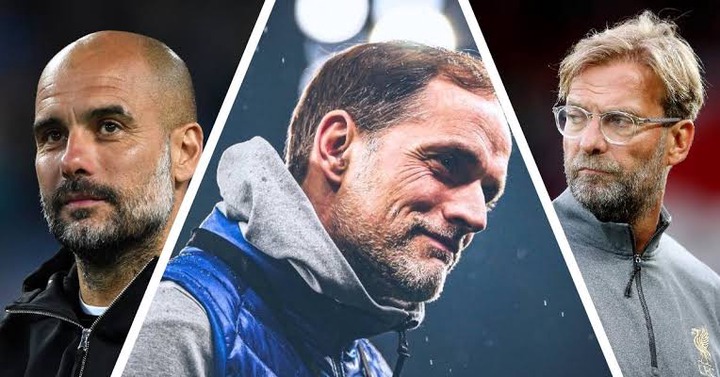 Football is yet to see one of the stiffest competitions ever as the best coaches go head to head not just in a European League but a domestic league. The Premier League is blessed to have this array of football coaches in their arsenal. Seeing the achievements of this coaches over the years as proven their worth to football and their prowess in changing table progressions.

This coaches have won notable amount of trophies which have highlighted their importance to club football.

Liverpool not too far from Chelsea in the Premier League table, Klopp has been able to motivate the reds to becoming a force in European football, outrightly demolishing teams, with the array of players at his disposal, Klopp has capacity to rule the coaching space.

His philosophy is second to none, having proving himself in Spain, Germany and even England, the Spaniard maestro is a force to reckon with, winning multiple awards as well as trophies for his team. One of the best coaches out there Pep has ability to destroy defences and amaze football fans with his type of football.

The Italian ace, having won the scudetto with two different teams at Serie A as well as winning the Premier League with Chelsea, Conte has proven himself as world class material and can cause an upset in football. His approach to football saw him have a fruitful spell at Chelsea. Conte is not new to the Premier League style of play and has the capacity to rule the Premier League.

Having this coaches compete against each other is the best any Football League could ask for. Welcome to the new European Super League.

Content created and supplied by: AdetimiObanla (via Opera News )